Gone are the days when you needed a degree in finance to be able to talk about, understand, and make decisions in the financial space. The internet allows anyone in the world to read, research, and learn about a topic they may not necessarily be formally trained in and make informed decisions around it for themselves. It’s the rise of the autonomous individual - and we’re here for it. 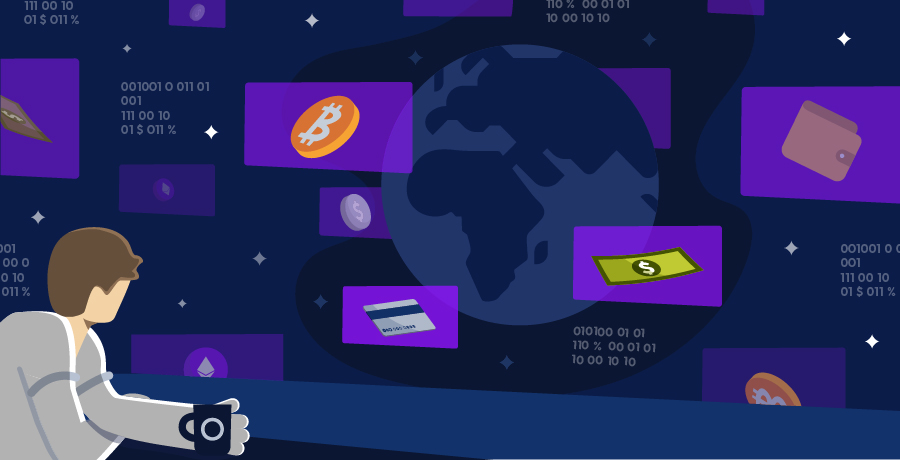 While we’d caution against adding “investor” or “financial manager” to your LinkedIn bio just yet, you do have the ability to take more control over your finances, if you choose to. It’s not for everyone - and that’s fine. Just because you can buy ready-made pancake mix doesn’t mean you’re a crêpe connoisseur. But, it gives you the opportunity to be in the driver's seat (or chef, in this case). And that’s what matters - you have the choice.

Another modern truth: even if you were bad at trigonometry in high school, you still have the potential to make more controlled, informed, and personal decisions relating to your finances. You know and understand your financial needs better than anyone (if you take the time to notice), so why aren’t you managing them? Do you think it’s too complicated? Are you worried you won’t have the time? Or perhaps you’re nervous about potentially having to answer some tough questions.

Whatever the reasons behind your apprehension, take a moment to think about what’s more important: being okay with leaving it to others who don’t know you to manage your money, or taking a leap and seeing what it’s like dipping into the numbers you (should) know best? Maybe you’ll start saving more as you become more aware of potential unhealthy spending habits. Maybe you’ll become motivated and confident in making personal investment decisions. Or, maybe you’ll be pushed to start that business venture you’ve had at the back of your mind for a few years? Overcoming hurdles is part of life and it won’t be easy, but it’s surely worth a shot.

The times they are a-changin'

Half a century later, and Bob, they're still changing. You don’t pay your bills the same way your grandmother does, so why bank like her? Okay, maybe you do... but the point here is that we've witnessed a rapid evolution in the way we do our mundane money management, and it’s still going on. Chances are you receive your salary digitally: your confidential payslip is emailed to you, and the money you’re owed goes straight into your bank account. Our current banking system was built for people who aren’t even here today. You use your money differently than previous generations, so it makes sense to use platforms and tools built for you, for today.

You may be asking yourself what place a cryptocurrency company has in telling you this? Isn’t it up to the banks to innovate and offer modern solutions to their clients? Well, sure. And they have. But the financial industry has been bound to tradition and legacy, which makes iterating and experimenting a mammoth task. The rise of alternative players occupying the financial landscape, like tech companies such as ourselves, has definitely accelerated growth and has spurred a movement for legacy institutions to follow suit. Or risk being left behind.

Over time, we’ve seen financiers increasingly move from Bloomberg to Bitcoin, as awareness grows around the increased time and money tech companies have to offer to people who are driven by innovation. It’s early days, but we’ve had a taste of what things could be like without the cumbersome control of central authorities. We saw this recently with news that an unknown wallet received 94,000 Bitcoin (worth just over $1 billion) with a transaction fee of approximately $700, and more importantly, without any third-party authorisation. Firstly, damn, that’s a lot of cheese. Secondly, this wouldn’t have been even remotely possible a couple of years ago. If you wanted to transfer any six-figure amount, you can bet your bottom dollar you’d need to have the so-called powers-that-be allow you (or not allow you) to make that transaction. And, to state the obvious, it would have cost much more than $700 to get the whole thing done.

Banks exist for a reason and those reasons should always benefit you, the user. Banks are also in the business of making money. And if you’re okay with them charging you a fee each month for having an active account (yep, that’s a reality for most South Africans), then that’s absolutely fine. But, if you’re interested in saving your hard-earned money and having more control over where it goes, perhaps it’s time to diversify.

It may seem daunting at first, but don’t worry - we’re here to help you get started. We’ve done the research and curating for you. Check out the Luno Learning Portal, Learn With Luno videos and the Luno blog before you dip your toes into the crypto pool.

It’s all happening - join the evolution.