“In terms of the future, I think we are looking at an overhaul of the way things are currently done. To a system that is more transparent and decentralised. I see a system that has the ability to be a social leveller, which is greatly needed in Africa.

No longer will certain members of society be prevented from taking part because of their financial standing according to the current financial system, and no longer will the few decide the fate of the many. That is incredibly powerful.” - Tamarin Gerriety

Banking on Bitcoin: The Bitcoin Revolution dropped on Amazon Prime last month. The documentary interviews leading figures from across Africa’s cryptocurrency space, including the likes of Riccardo ‘Fluffypony’ Spagni and Alakanani Itirileng. They come from all walks of life and are involved in crypto in myriad ways. What unites them is the belief in Africa’s potential to forge a new path with cryptocurrency and blockchain.

The project was made by Documinute, and supported by Luno. We spoke to Documinute founder and filmmaker, Tamarin Gerriety, to gain a deeper understanding of the filmmaking process and how these inspirational stories came to light. 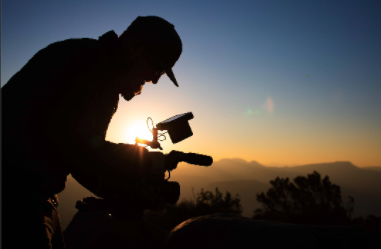 From “Tam of all trades” to documentary filmmaker

TG: It took a long time to actually figure out what I wanted to do and it mostly involved a process of elimination, as well as some hindsight. I began working in the audiovisual industry in 2006 and along the way I experimented with a lot of different disciplines. In 2014 I decided to go back to film school to perhaps get some perspective as I felt like I had become a “Tam of all trades” and a “master of none”.

The New York Film Academy was having auditions and interviews in Johannesburg around the time and when looking through their prospectus, the Documentary Filmmaking course caught my eye. Reading through the course offering, I was suddenly stumped as to why I hadn’t put two-and-two together years ago. My interests have always been in the non-fiction aisle of the library, reading the newspaper every Sunday afternoon (as a teenager!) and getting sucked into a Wikipedia loop until the early hours.

Listening to people’s stories from their lives has always fascinated me, and a good autobiography has never been taken for granted. This was something I felt compelled to undertake and I haven’t regretted it since. 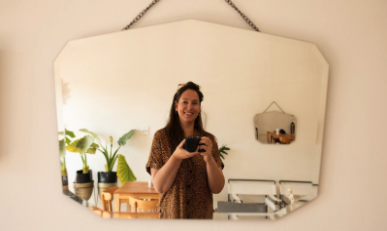 Diving into the crypto pool

TG: I think the human connection is often what makes a subject interesting. I started filming this particular documentary in 2015 as my way of trying to figure out what cryptocurrency and FinTech are – hoping the experts could teach me.

This is my only crypto project to date but it spans my entire documentary career.

While visiting my American family in 2014, we were discussing many different things, almost all at once - as families do. The word Bitcoin came up and I had to stop and ask for an explanation.

This was something that I had never heard of but it really sounded very interesting. When explaining what Bitcoin was, freedom was discussed first and the financial aspect of it second. I think at that stage I had not yet considered the link between finance and freedom, other than not having enough money preventing you from living your best life.

The inspiration definitely stemmed from the passion with which they discussed this piece of technology and the unknown possibilities it could bring...

“It could change the whole world.”

Making this documentary really took me from the periphery of the topic right into the middle of it. More than anything else, what really struck me was that I did not meet a single bad actor in the space or even anyone who was unwilling to speak with me, for that matter.

“Everyone I met envisions a world made better by crypto.”

The subject matter alone, with its endless positive possibilities, meant that no convincing was needed, I only found support – which was both an amazing and completely new production experience for me!

From the person who received the ticket I logged on the Luno platform to reach the right person to talk with, to the entire marketing department, and then the rest of the Luno Cape Town and London offices, and all the way to the people who appeared in the documentary – absolutely everyone could see the value and potential of this documentary and welcomed us with open arms. That’s just what the crypto community is like. 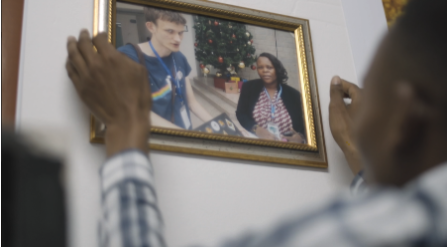 TG: When I first started working in the audiovisual industry here in South Africa, videos were still transported and shared on tape. But we very, very quickly moved over to CDs, then hard drives, FTPs and onto the internet with the likes of Dropbox, WeTransfer and Google Drive.

However, many years into my career, when I started liaising with broadcasting companies in developed countries, I discovered that they were still working with those tapes that we had collecting dust, destined for recycling.

A pivot or complete direction change wasn’t an issue for my industry here in Africa because we were simply moving with the times, unencumbered. I believe, just as we moved ahead so quickly in the audiovisual space and became more advanced, accepting new technologies in other realms is not an issue either because the ripple effect of change won’t be inconvenient and hard to execute, it will be a positive move forward. 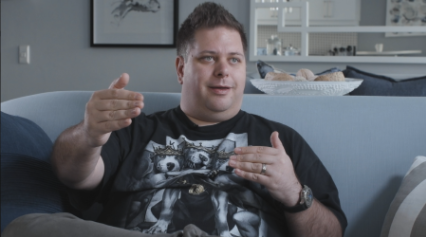 From technology to real-life applications

TG: I think Lorien Gamaroff’s Usizo project is the most obvious illustration of crypto’s potential, not just in Africa but anywhere in the world. But, I do believe in Africa and other developing regions it could have the biggest day-to-day impact.

Installing the #Blockchain #SmartMeter for the #Usizo project at Emaweni Primary School in #Soweto #Johannesburg pic.twitter.com/Cua35eQXzo

The difficulty with explaining crypto to people who are unfamiliar with it is the same as it has been with any new technology – it takes time, patience, and some sort of frame of reference. We might not understand crypto, but we really do understand the importance of keeping the lights on.

Now, substitute these lights with all other instances where money is required, and the possibilities to change the way everything works becomes clearer. Through the experience of making the documentary, I realised how little people actually understand money, perhaps even myself. To truly illustrate the potential of crypto and to make it thrive in Africa, the use cases need to be more than just financial.

What does the future hold?

TG: It’s not just cryptocurrency but blockchain technology, in general, that could have a positive impact in Africa. We are in a fortunate position where we can study the history and systems of developed nations and decide for ourselves what will and will not work for us. The opportunity to avoid the mistakes of others is one we must take.

The conversation about the future we envision for ourselves has already begun and more people are joining that conversation daily. I think that is the biggest achievement thus far because we are in the fortunate position of being ‘early adopters’ and can pave our own way virtually from the beginning.

In terms of the future, I think we are looking at an overhaul of the way things are currently done and towards a system that is a lot more transparent and decentralised. I see a system that has the ability to be a social leveller, which is something that is greatly needed in Africa. No longer will certain members of society be prevented from taking part because of their financial standing according to the current financial system, and no longer will the few decide the fate of the many. That is incredibly powerful.

What hurdles do we need to overcome to get there? That’s the tricky part. Education is huge – we need people to understand that crypto is not a “get-rich-quick-scheme” but a revolution in the way we interact with each other financially.

The other part is technology – both the access to it and the understanding of how to use it. A large part of being involved in cryptocurrency is understanding how to protect yourself and the fact that you are the one responsible for that protection - that’s both a pro and a con, and people absolutely have to understand it from both sides.