We’ve noticed that the crypto world is filled with a whole pack of animals. And it seems that it isn’t by accident either. These creatures have come from the very early days of cryptocurrency, and from industry leaders too. 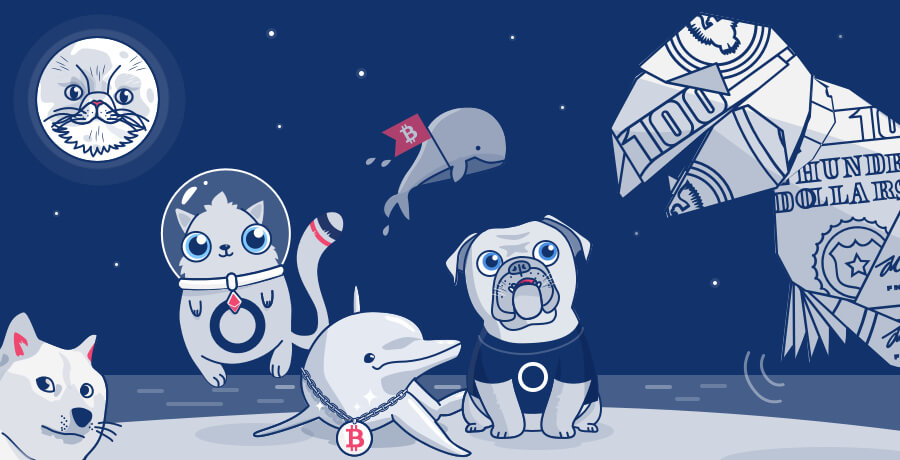 Starting with the Magical Crypto Friends who is made up of Fluffy Pony, also known as Riccardo Spagni, lead maintainer of Monero; Chikun, who goes by Charlie Lee, creator of Litecoin; Excellion, Samson Mow, Chief Strategy Officer of Blockstream; and WhalePanda who goes by a pseudonym - Satoshi style.

Together these four bring education, high-level technical discussions and some My Little Pony references to the world. The latter mainly just for fun. Their relationship started off quite organically on Crypto Twitter, and now they’re busy building the natural next step in the world’s financial evolution.

From the Big Four, the crypto world has continued with the theme and adopted many an animal pseudonym. Not least of which is a whale. Now we’re not saying WhalePanda started it but he does have a very unique name….

Let’s talk about Bitcoin whales. These are probably the most well-known animals of crypto. Directly they refer to wallets and addresses that hold a large amount of Bitcoin or other cryptocurrencies. They have anywhere from the millions to billions - yes with a B - of Bitcoin. The term whale is rather astute as it perfectly describes the large sums these ‘whales’ hodl. And like a whale breaching, when they move their holdings around, there are market splashes. 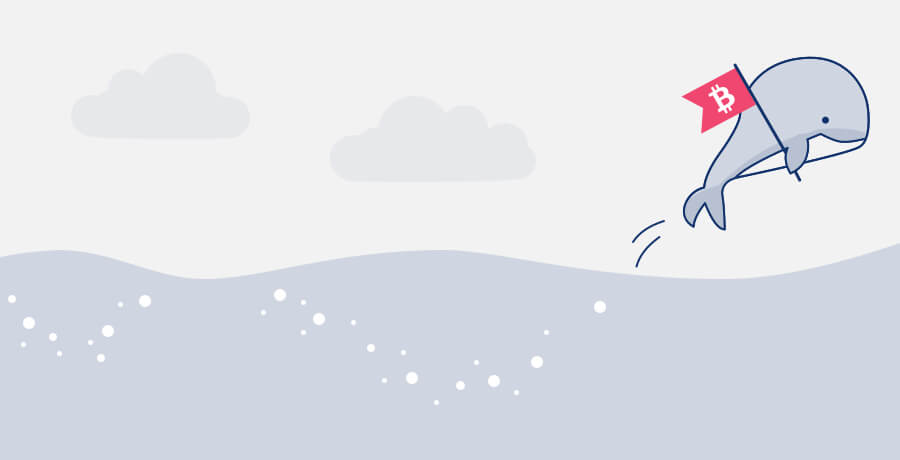 Don’t worry if you don’t speak whale, though, they aren’t out to snap up small fish. It is still important to keep an eye on their movements as they can cause significant shifts in the price and liquidity of Bitcoin in cryptocurrency exchanges. When you see a large number of transactions in an order book totalling a high amount of Bitcoin linking back to one account, that’s when you know a whale is in motion.

Smaller than a whale, bigger than a fish 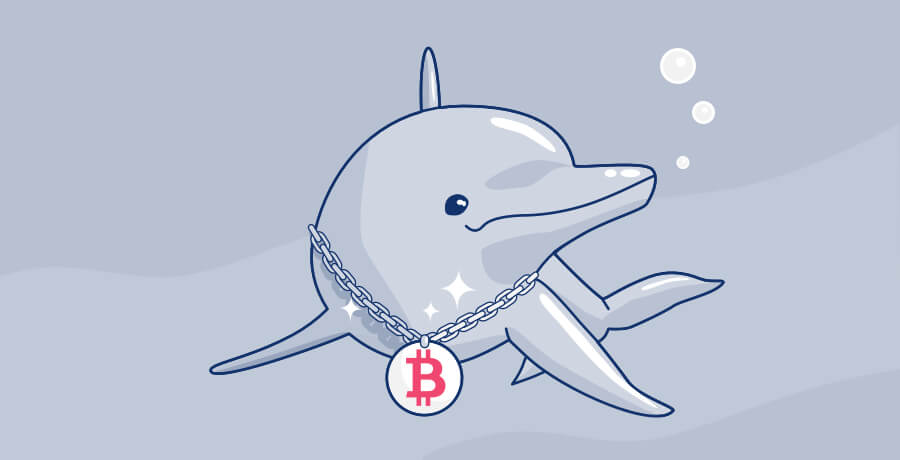 Now while there are quite a few whales in this crypto ocean they aren’t the only ones with large holdings. From the term whales, the community started ranking and categorising wallet addresses into a whole animal food chain. From plankton and shrimp (where most of us find ourselves) to larger predators. Dolphins are generally your Bitcoin millionaires with above 100 BTC. They’ve got crypto to get weird with, but not enough necessarily to affect exchange liquidity.

In the world of crypto, there’s also plenty of silliness for the sake of it. And as Elon Musk said after he shot one of his Tesla racecars into outer space, 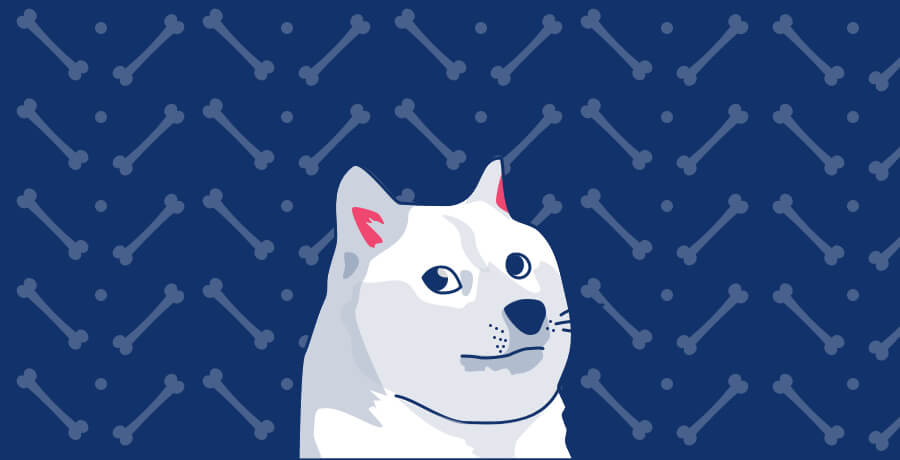 Take Dogecoin for example. This was one of the first and possibly still one of the most well-known altcoins. It has a huge community following and not for the reasons you might think.

An adaptation of the Bitcoin white paper and network, Dogecoin is a cryptocurrency based on an internet meme of a Shiba Inu dog. It has become an internet sensation. Such a sensation one fan even created this promotional video.

What started off as a joke to show how easily and quickly someone could make a cryptocurrency, now has a market cap of around USD 200 million. While it’s all fun and games, it’s also a good example of why we don’t carry more altcoins. We’ve got strict rules we consider in order to make it easy and safe to buy cryptocurrencies, especially if it's your first time.

Then there are some completely digital crypto-pets (nothing new for millennials - RIP Tamagotchis). These adorable animals can be raised, bred, traded and sold for increasingly high prices. They’re also a great example of crypto assets and how that future market may operate. 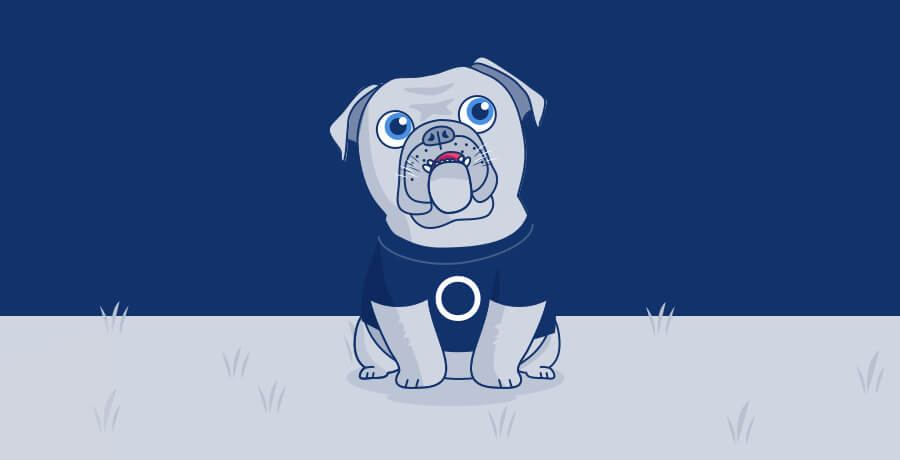 For dog lovers, there are Tron dogs. A blockchain based “game” where you can get a whole pack of these animals or take your time doting on one or two. They can be pirate dogs, holiday-themed for special occasions or even branded. These good bois can be found on the TRON network. 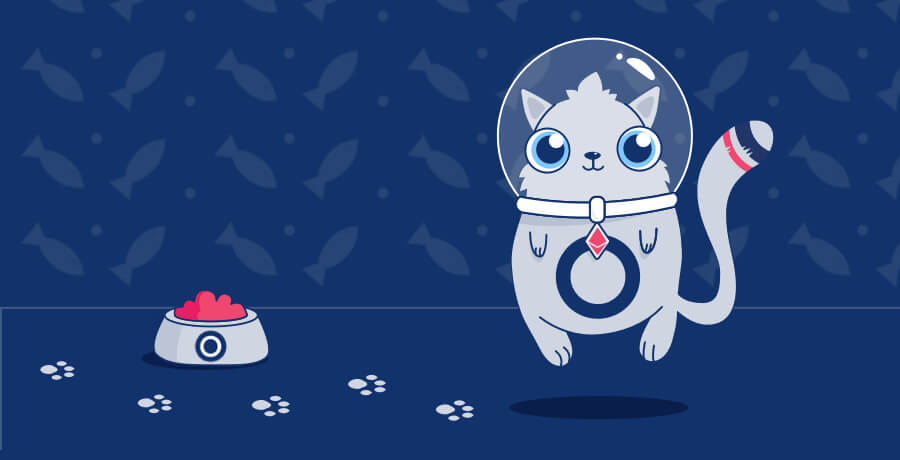 Finally, the ever-more-popular CryptoKitties. Predecessors to Tron dogs, CryptoKitties are one of the world’s first collectable blockchain “games”. These feline moneymakers can also be bred, bought, traded and sold. Each CryptoKitty is unique through validation on the Ethereum blockchain, and its value can actually appreciate or depreciate based on the market.

Games like CrytpoKitties get people to engage with innovative and seemingly complex, daunting technology that can actually be grasped pretty easily. That’s why we’re a fan of breaking down barriers and having some fun while helping you take back control of your money.

The importance of this animal kingdom

When it comes to learning about financial terms and new technologies it's important to make time for the fun and silly things. It’s also the way of the new frontier where we launch sportscars into space and get a whole jungle of animals together.

There’s no reason to fear the complicated, innovative or future-thinking concepts we encounter. Rather we must look at them from a different perspective and work with what we know to make sense of it all. It’s why we have our Learning Portal, our Luno RoundUp news updates on YouTube, and blog articles. All to make the new world of cryptocurrency accessible, easy, and safe.