Marcus Swanepoel, CEO of Luno, commented: “Digital assets are still subject to high levels of volatility but we are seeing greater adoption, workable regulation and better access for millions of people. In 2020 the continued development of stable coins and the interest of companies like Facebook will accelerate the development of cryptocurrencies." 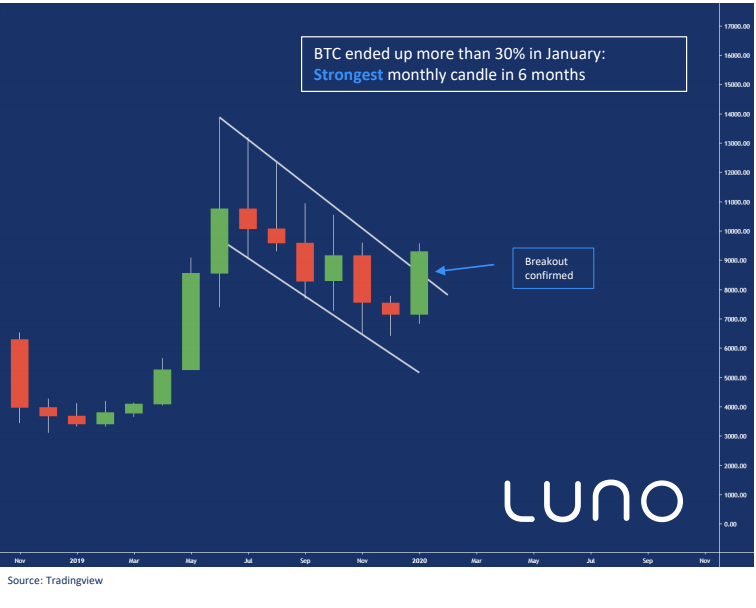 A very important event that will take place in May this year is the next Bitcoin halving. It is almost guaranteed that the halving will impact the Bitcoin price. This along with the other factors, including the take-up by institutional investors, could very well be that 2020 becomes the year in which records are broken.
“The last Bitcoin block reward halving took place in 2016, when the reward dropped from 25 to 12.5 Bitcoins—back then cryptocurrencies were much less popular but the price still rocketed. Now with more eyes on its contracting issuance rate and as supplies are limited, we’re likely to see Bitcoin’s price soar again,” added Mr Swanepoel.

The Bitcoin block halving process consists of the halving of the reward Bitcoin miners receive for each new block of transactions they produce. While miners currently receive 12.5 Bitcoins (market value: $87,000) for adding a new block of transactions, from May onwards they’ll get a reward of 6.25 Bitcoins - the network will programmatically adjust to provide a smaller payout. This reduction, which occurs every 210,000 blocks happens every four years. 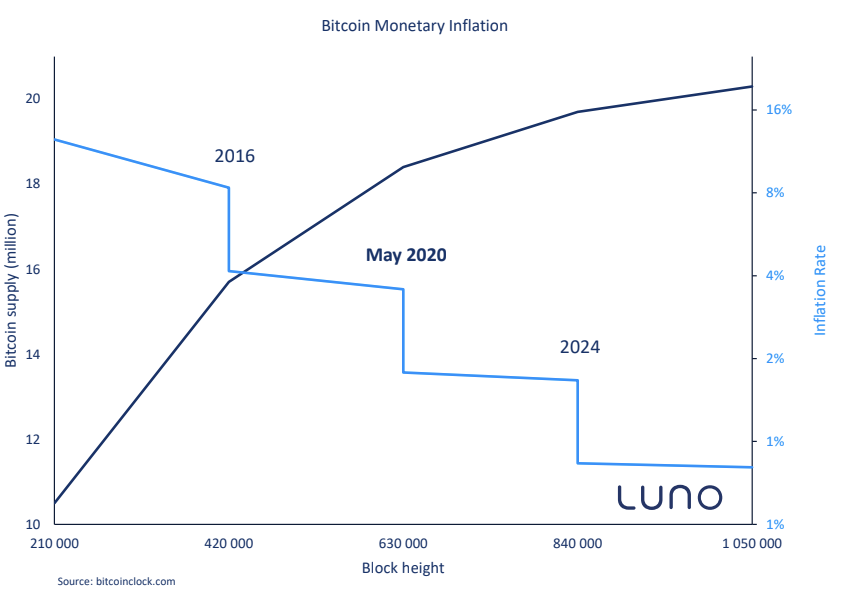 Many traditional financial service commentators have failed to see the importance of a secure and transparent decentralised financial services sector and the benefits this gives to emerging and developing markets. We have launched a ‘Pennydrop’ campaign which shares stories from economists through to farmers who have had a ‘Penny Drop’ moment as they realise the benefits cryptocurrencies. Digital currencies will be a powerful force for good so we are delighted that January 2020 is a green candle month.” concluded Mr Swanepoel.

Luno is a leading global cryptocurrency company on a mission to upgrade the world to a better financial system. With a team of over 300 and currently has its headquarters in London with regional hubs in Singapore and Cape Town.

Luno is delighted to be ranked in the top-ten of the CryptoCompare Exchange Benchmark published on November 19th, 2019.

With over 3 million customers (wallets) spanning over 40 countries, Luno’s products and services make it safe and easy to buy, sell, store and learn about cryptocurrencies like Bitcoin and Ethereum.