In the past, one of Bitcoin’s most often-cited applications was as a cheap solution for small payments. Known as micropayments, these low-value transactions are expensive for businesses because of bank fees. You've probably noticed that many independent shops have a minimum card transaction fee; that's because it's not worth the processing fees otherwise.

Bitcoin used to be a good option for micropayments because it cost less than using a bank. But that's not the case any more. To understand why we need to take a quick look at the technology behind cryptocurrencies.

You've no doubt heard about the blockchain. This is like a digital record book, except it's not stored in any single place. It's distributed among the computers of everyone who runs the Bitcoin software. It can't be edited or tampered with, and it's extremely secure.

The downside is that every Bitcoin transaction needs to be recorded by every computer in the network. One way to think of this is to imagine a group of thousands of people who each have to write down the transaction details. It would take a lot of time, paper, ink and effort to do. Even though the costs might be small for each person, it would add up as the network grew. If the number of transactions increased, it would be even harder for those people to keep up. At some point, they would happen too fast for everyone to write them down, so the network would have to pause and let them catch up.

That's what it's like for the Bitcoin network. As it's grown, the costs of running it have risen. While it used to be inexpensive to process transactions, the price of all that power and computing resources has gotten larger over time.

Instead of Bitcoin users having to endure potential delays in transaction times, those operating the network opted to charge fees to help them cover their costs.

The graph below details the daily Bitcoin network transaction fees over the last few years, and as you can see, they vary significantly depending on a number of variables. 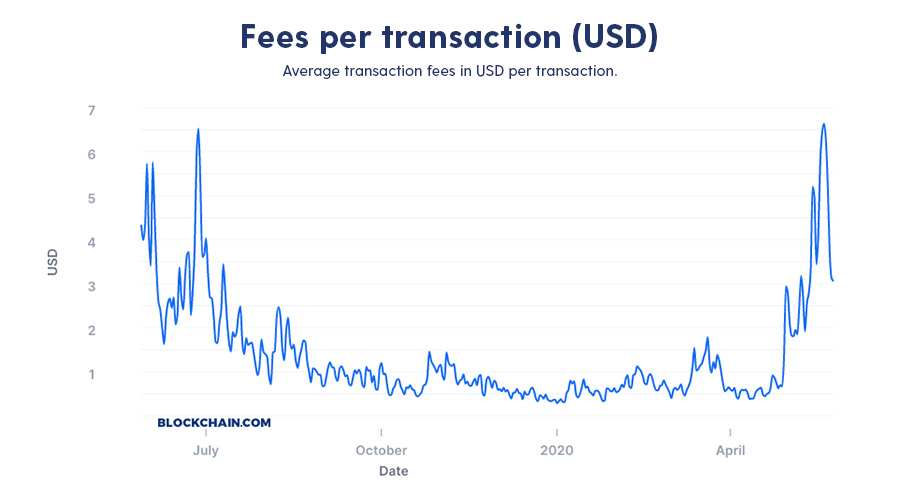 Luno charges fees for sending and receiving Bitcoin in order to cover what the network charges. We don’t set the fees, and, importantly, we don’t gain any profit from them.

The good news? It’s still possible to send and receive Bitcoin for free! If a transaction is between you and another Luno customer, we can process it ourselves, rather than asking the network to do it.

This feature is already available to all Luno customers. Enter the email address or mobile phone number of the recipient when sending your payment and we’ll process it instantly with zero fees.

For more information, check out the following Help Centre articles:

How do I buy or sell cryptocurrency?
What does it cost to use Luno?
How do I send Bitcoin for free?
What are the fees for trading on the Luno Exchange?
Why is my transfer amount less in GBP?
How do I monitor the price of Bitcoin?

Our pricing information on a per-country level is in the Fees & Features section.