We reached out to our customers and stakeholders across Europe to get a holistic overview of the buoyant cryptocurrency economy emerging on the Continent. 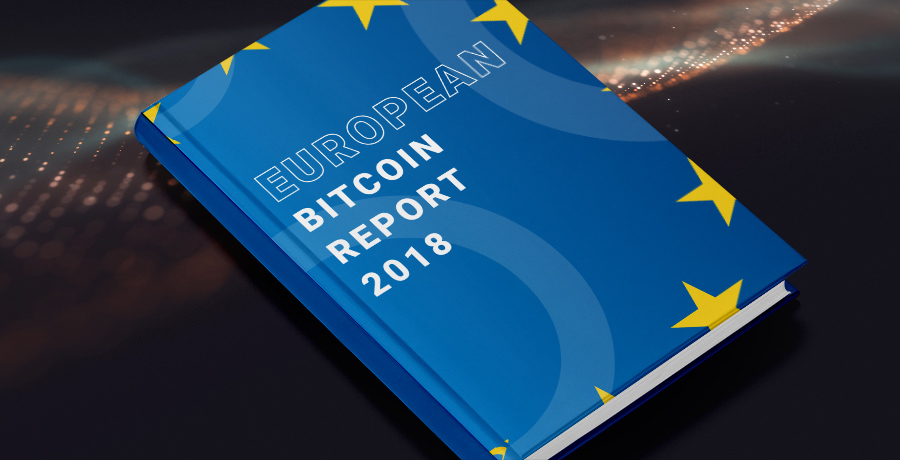 The local financial services and regulatory landscape differ significantly by country. Rather than seeing cryptocurrencies as a threat, governments and regulators in Switzerland and Malta are embracing them as a route to growth, determined to lead the way in the tech world.

On the contrary, the governing bodies in Poland and Slovakia have been less welcoming to cryptocurrency newcomers disrupting the status quo of the domestic financial services industry. Germany is set to regulate virtual currencies like other financial instruments to establish a level playing field for Bitcoin challengers and the traditional institutions alike. Overall, thriving cryptocurrency communities are growing rapidly and driving discussions with regulators all across the board.

For a country by country snapshot, read the European Bitcoin Report commissioned by Luno.

Below is a snapshot of the prominent trends and insights on the state of play.

According to CoinDance, 91% of Bitcoin buyers worldwide identify as male. Almost all - 87% - are under the age of 45. Predictably, nearly half of people who buy Bitcoin are between 24 and 34 -a demographic renowned for being technology early adopters. Our survey revealed that over 25% of our customers are female and most are aged between 25 and 30.

Over 90% of Luno customers check the Bitcoin price at least once a week, with over ⅔ checking it at least once a day, and 42.5% checking multiple times a day. The frequency is on par with those who regard Bitcoin as an investment. This is more often than most people check their bank balance or even their investment portfolios, showing that cryptocurrencies are becoming a part of our everyday lives.

We believe that the use of Bitcoin as a payment mechanism will rise in the future. For merchants, Bitcoin is cheaper than local currencies as the processing and chargeback costs are lower or non-existent. In fact, many retailers offer discounts to incentivise Bitcoin transactions.

Around ⅔ of Luno customers use other exchange platforms for buying and selling Bitcoin. Almost 80% of them have purchased another cryptocurrency in addition to Bitcoin, with Ethereum and Litecoin being prevalent choices. Despite thousands of altcoins on offer, Bitcoin remains the market leader with 44% of our survey respondents favouring it over other cryptocurrencies.

Our survey findings demonstrate that the European cryptocurrency community is coming of age and that the existing infrastructure offers robust mass-market opportunities. We looked at some further key metrics for 13 European countries.

We evaluated the 13 European countries in our report according to their rankings for the following criteria: internet access, financial inclusion, Bitcoin mining activity and general cryptocurrency adoption. As a result, the Netherlands emerged as the Bitcoin capital of Europe. Norway and Germany are tied in the second place, with the UK and Sweden jointly coming third.

European countries ranked according to their Bitcoin market penetration

The future's bright for Europe

As the birthplace of the film camera, the telephone, the world wide web, the print press, the first computer and programming language, the laptop, and the supercomputer, Europe has long been a hotbed of tech innovation.

Potential to lead the world in the crypto revolution

The majority of Europe has transitioned to the EUR not that long ago, so the idea of changing the entire payment system is not as alien as it might be for other parts of the world.

From Euro to Bitcoin

The Euro is in use by most European countries as well as other parts of the world. And with a high percentage of Europeans having either German or English as a common language, it is a highly interconnected continent that has long ago embraced the economic and social advantages of a single currency market. As European countries are progressively de-cashing, a move to a unified global digital financial system is not implausible.

The European General Data Protection Regulation has paved the way for greater appreciation of the benefits a more secure, private financial system could bring. At Luno, we store funds using multi-signature security with independent third party security partners, making it impossible for a single individual to get access to those funds. Sensitive customer information is encrypted and customer passwords stored in hashed form so that nobody has access to customer passwords.

Historically, Europe has consistently opposed state-imposed censorship and championed the free speech. According to the Reporters Without Borders index, most of Europe ranks in the top 50 worldwide for freedom of press. The Economic Freedom Index also confirms its egalitarian credentials ranking Switzerland as the 4th in the world, Ireland as the 6th, with the UK firmly in the 8th place.

This resonates with the core premise of decentralised cryptocurrencies that can help upgrade the world to something better: money that is cheaper, faster and safer, transparent yet private, controllable and with open and equal access for everyone.

Europe is home to numerous cryptocurrency communities, including meetup groups, forums, conferences and educational institutions. The strength of these communities is what’s driving the acceptance of cryptocurrencies by regulators and governments and its mainstream adoption. Below are some recommendations to help you hone your cryptocurrency knowledge.

For a country by country snapshot, read the European Bitcoin Report commissioned by Luno.