The platform, built on the Ethereum blockchain, enables fans to bid live on sports memorabilia. It uses the blockchain to authenticate the provenance of the items and create a transparent audit trail, recording the gear’s entire transaction history. The Kings will kick things off by auctioning starting guard Buddy Hield’s jersey from Wednesday’s (15 January) game against the Dallas Mavericks.

"The total value of the [United States] sports memorabilia market has been valued at $5.4 billion annually, yet there are no industry standards for authenticating items and protecting fans from purchasing counterfeit merchandise," the companies said in a statement. "​Through this partnership, the Kings and ConsenSys are effectively increasing the resale potential for authenticated merchandise on secondary markets."

This move is the latest in a string of crypto-related ventures from the Kings. The team made a sporting first when it decided to accept Bitcoin payments back in 2014. In 2018, they became the first to start mining Ethereum. The Kings joined forces with MiningStore, donating the Ethereum they mined to Build Black, a charity that promotes “proactive investment and radical transformation for Black communities.”

However, the Kings aren’t the only sporting giant dabbling in crypto. A host of teams from across the world of sport have now turned to crypto – whether for new revenue avenues or building closer bonds with fans.

The concept of tokenisation has been around for several years now. A token offers holders part ownership of a product or service through a unique, cryptographically-secure digital asset. Holders are empowered to vote on changes to the product and have other privileges.

This feeling of ownership is already common among sports fans. It’s logical, therefore, for teams, and even players, to explore such an avenue. Just this week, Bitcoin enthusiast and Brooklyn Nets starting point guard, Spencer Dinwiddie launched his own digital token. Dinwiddie has used his $34.36-million three-year contract as collateral, allowing him to trade future income for a smaller payment immediately.

Investors/fans are paid principal and interest, though there are risks should the player get injured. There are also certain perks. If he's voted into the All-Star Game lineup next month, for instance, he plans to bring eight investors along with him.

Football teams are also getting in on the act. In December of last year, Juventus announced the launch of the world’s first Fan Token Offering (FTO). Holders of the Juventus Fan Tokens ($JUV) will be able to vote on some specific decisions made by the club, such as changes to the club’s jersey. They can also earn rewards while doing so, as well as access exclusive content and memorabilia.

Juventus Fan Tokens were created by Socios.com, who are also reportedly working with Paris Saint Germaine, West Ham and Roma, among others. Socios Founder and CEO Alexander Dreyfus, called the $JUV token “a seminal moment for football.”

“It’s also a huge step forward into the mainstream for blockchain and cryptocurrency,” he added. “Through Socios.com, regular football fans are being introduced to cryptocurrencies, as well as a blockchain platform where they can take part in the club’s decision-making process using digital assets.”

The start of the 2019/20 Premier League was notable for several reasons. Sheffield United returned after a 12 year absence, for one. But there was also big news for cryptocurrency, as the Bitcoin logo appeared on Watford’s sleeve.

Watford’s new sleeve sponsorship deal is part of a wider campaign by online sports betting brand Sportsbet.io. Its goal is to improve awareness around Bitcoin and educate the public on the benefits of using cryptocurrencies.

Justin Le Brocque, Head of Sportsbet.io Marketing, explained: “The crypto community have been hugely supportive of us since we began, so putting the Bitcoin logo on the sleeve felt like a fun way to give something back while also showing them our support.”

Trading platform eToro has also got an advertising sponsorship deal with seven Premier League sides. The deal, which was paid entirely with Bitcoin, sees eToro branding featured on pitch side advertising boards and other mediums. Newcastle, Tottenham Hotspur, Brighton and Hove Albion, Cardiff, Crystal Palace, Leicester City and Southampton were part of the deal.

Non-fungible tokens (NFTs) are digital assets stored on a global blockchain. They are used for digital collectibles. The most famous example was CryptoKitties – digital cats stored on the Ethereum blockchain that could be collected and traded. 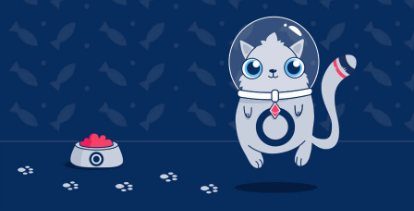 Our very own Crypto Kitty

German football giant Bayern Munich have launched a similar project – a series of football cards of varying degrees of rarity stored on the blockchain. Last Christmas, 48 limited edition playing cards were auctioned off to 24 of the club’s members. They raised over 240 ETH in winning bids.

Panini America also recently announced the release of officially licensed trading cards based on blockchain. The trading cards will feature Panini’s National Treasure design and include iconic athletes past and present. These include baseball legend, Mickey Mantle, basketball hero, Shaquille O’Neal, and many more.

What industries do you see as having the most to gain from cryptocurrency? How else can sport stand to benefit from crypto and blockchain? Let us know on Twitter.