Good morning, crypto fans. And what a morning it is. It’s also now been more than 87 days since we last saw the bitcoin price in four digits. Have we really had our last opportunity to buy a whole bitcoin for less than $10,000? Where to from here?

Things were relatively flat last week for bitcoin, though the start of this week has seen a strong turnaround for the world’s leading cryptocurrency by market cap. Bitcoin is back over $12,000 this morning – the first time it’s reached that level since the beginning of September. The question now is whether the momentum can be sustained?

The fly in the ointment is the increasingly fraught and unpredictable US presidential race. Election day is now less than two weeks away and there are still no signs of either side playing nice. Bitcoin’s surge last night came off the back of the resumption of stimulus talks in the US, with House Speaker Nancy Pelosi making positive noises that an agreement can be reached. However, there will be concerns that bitcoin is still mirroring the stock market. Should a stimulus package not be agreed upon, we could see the price drop again rather quickly.

If you’re new to the world of crypto trading and want to make sense of all these indicators, check out our beginner’s guide to crypto trading series, featuring in-depth explorations of common strategies, market analysis techniques, and more.

All information is correct as of 08:30am BST.

The Fear and Greed Index has been flat over the past week, but is now establishing itself in the “Greed” area and is back at 61. The uncertainty we saw in September seems to be fading, and investors are turning more positive after a month down in the “Fear” area.

Yesterday, there were 8,861 tweets sent with a positive connotation towards bitcoin, 22,773 with a neutral connotation, and 1,743 were negative. 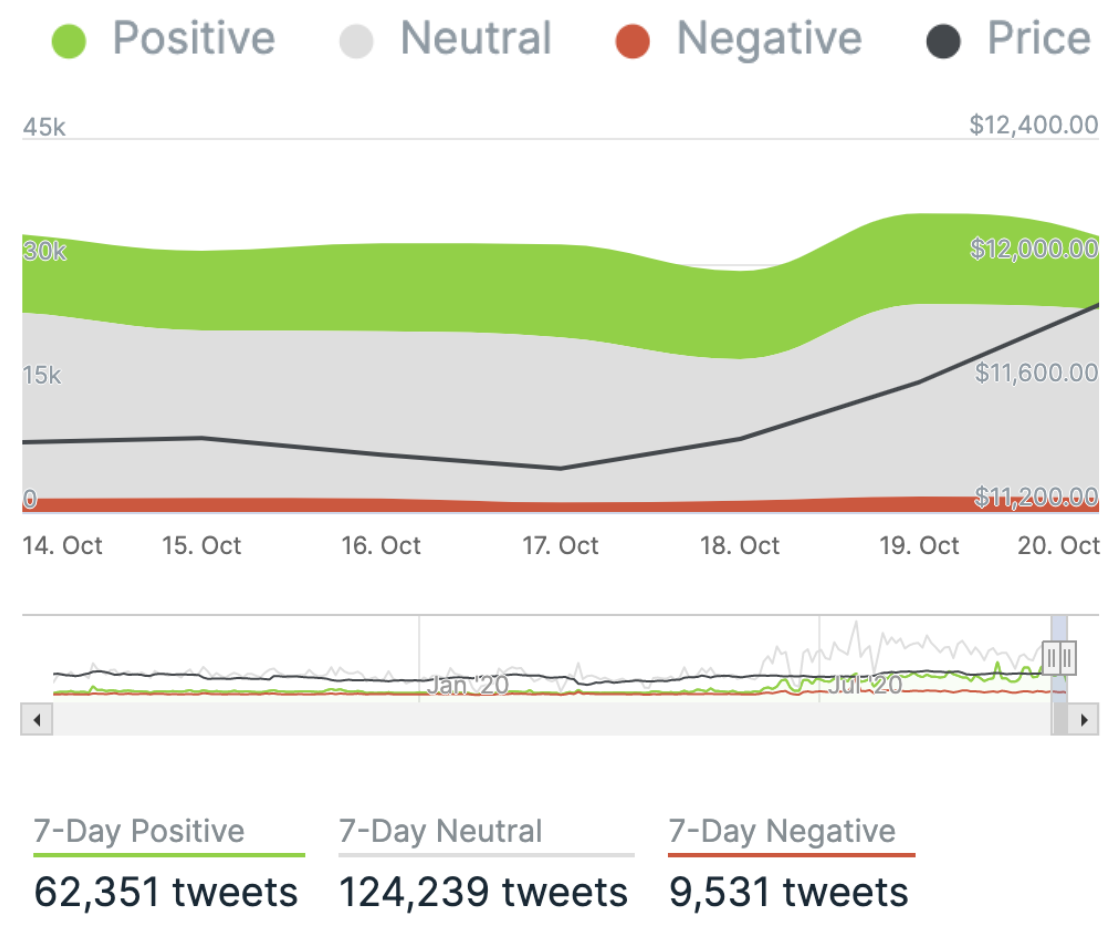 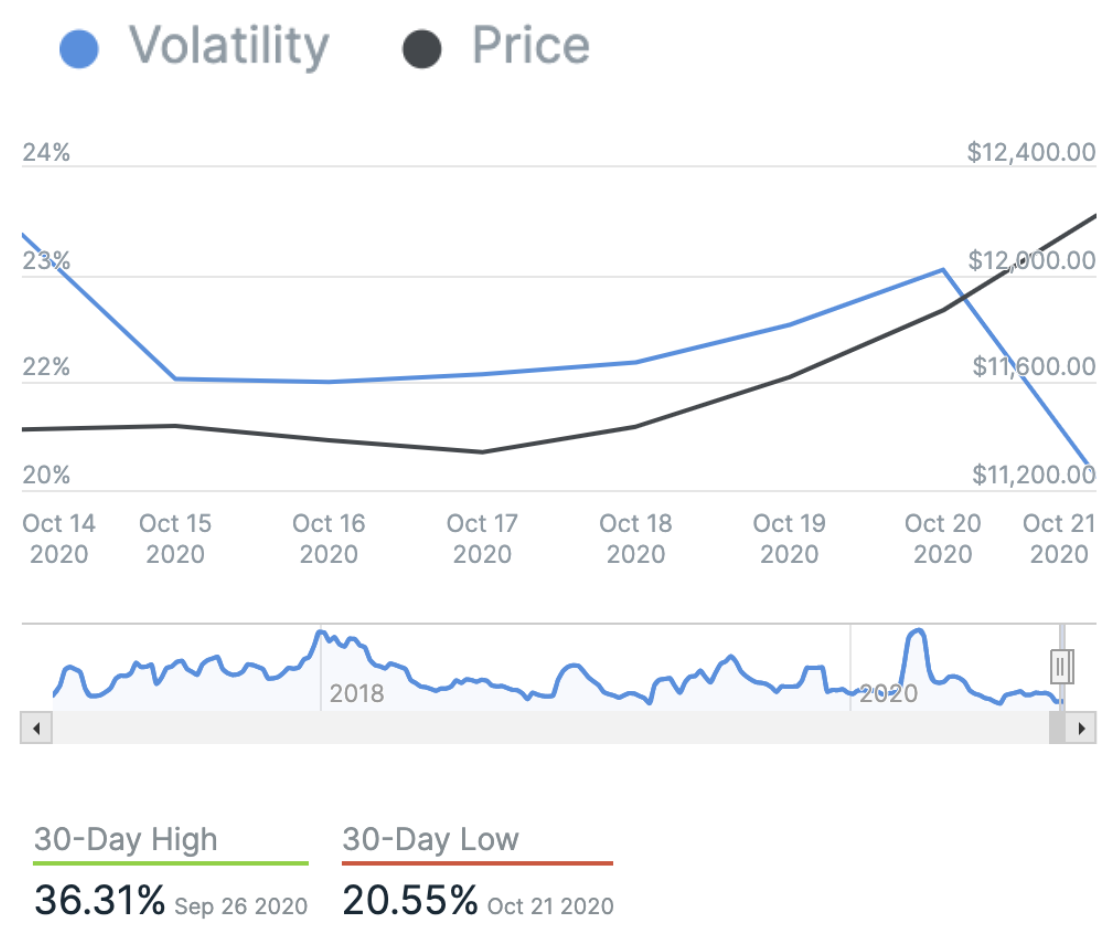 The daily RSI is currently 73.77. Values of 70 or above indicate that an asset is becoming overbought and may be primed for a trend reversal or experience correction in price – an RSI reading of 30 or below indicates an oversold or undervalued condition.

We choose to go to the moon, not because it is easy, but because we need hard money. #Bitcoin

NEW: Mode Global Holdings PLC, a U.K-listed company, has announced it will place 10% of its cash reserves into bitcoin as part of its treasury investment strategy.