After a week of waiting, watching, and wishing, bitcoin is back again over $16,000. Yesterday was bitcoin's 13th highest ever closing price in its short-but-magnificent history. Even CNBC is talking about it again. Sentiment is high, volume is high, and the price is high – where to next?

Here’s your daily market update. If you’re new to the world of cryptocurrency, take a look through our beginner’s guide to crypto trading series to get a better idea of all these indicators, starring in-depth explorations of common strategies, market analysis techniques, and more.

All information is correct as of 09:00am GMT.

The sentiment is still in Extreme Greed, up to 89 from 87. Extreme fear can indicate that investors are getting too worried and there’s an opportunity for buyers, while extreme greed could mean the market is due for a correction. 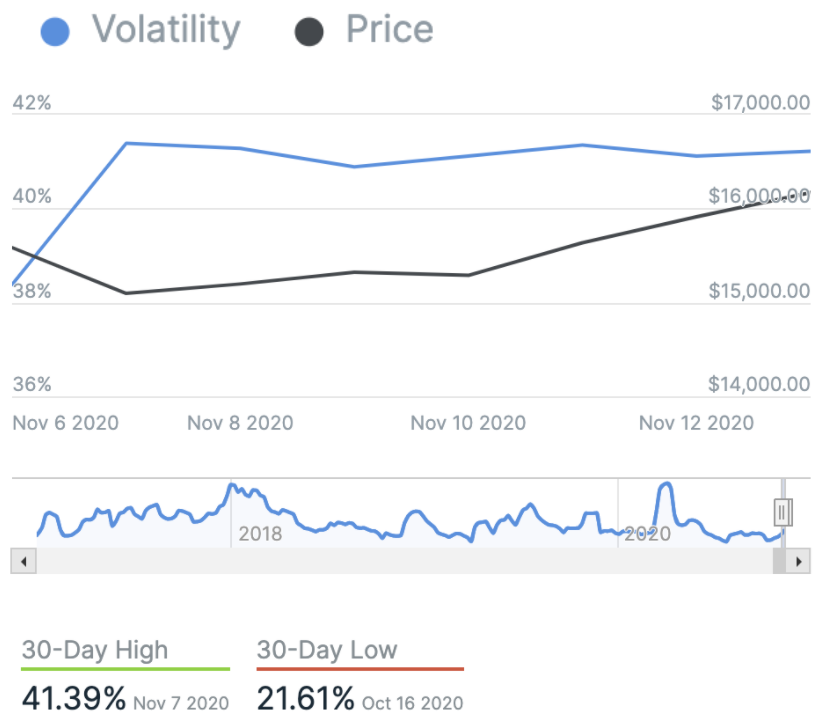 Yesterday, there were 13,109 tweets sent with a positive connotation towards bitcoin, 33,590 with a neutral connotation, and 2,394 were negative. 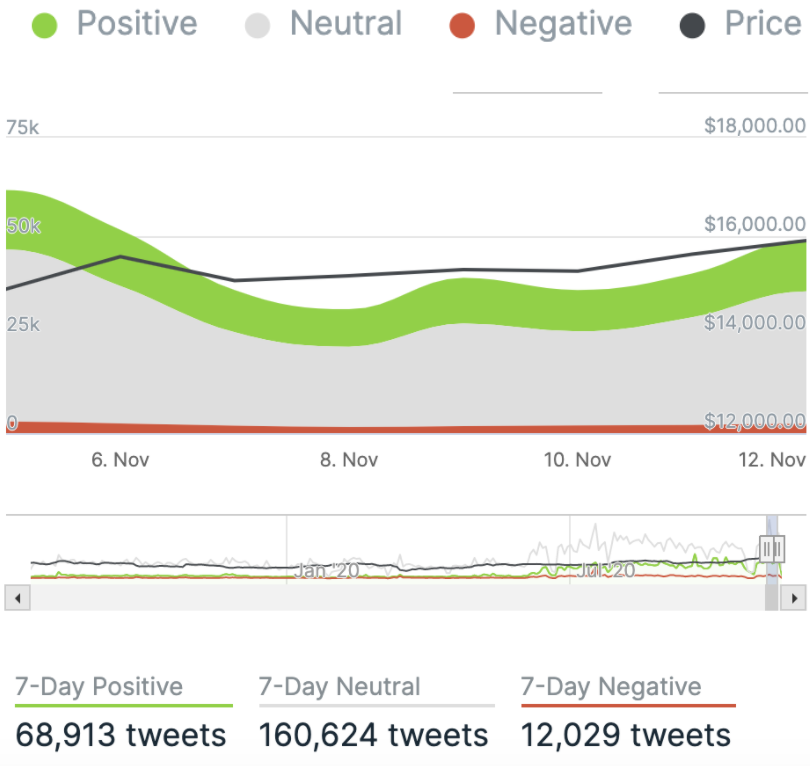 The daily RSI is currently 76.47. Values of 70 or above indicate that an asset is becoming overbought and may be primed for a trend reversal or experience a correction in price – an RSI reading of 30 or below indicates an oversold or undervalued condition.

Bitcoin bounces back! The cryptocurrency broke above $16,000 today for the first time since 2018 as investors jumped back into the trade. Bitcoin Baller @BKBrianKelly looks at what could fuel the bullish boom. pic.twitter.com/6cUegXrhPW

Not only is spot volume for Bitcoin reaching 2020 highs, but institutional interest has also been rampant throughout November. Open interest for Bitcoin futures at CME also surged to near all-time highs last week at $934 million. pic.twitter.com/g3K5Z6SieZ

When you told me #Bitcoin was a Ponzi scheme you left out the part about the four-year halving cycle and two-week difficulty adjustment...

How does that work?