Bitcoin saw another all-time high yesterday, before seeing a sharp retrace after almost hitting $20,000. Bulls are going to have their work cut out for them if they're to surpass that huge landmark. Will they manage it?

As always, here’s your daily market update to help you on your way. If you’re new to the world of crypto, take a look through our beginner’s guide to crypto trading series to get a better idea of all these indicators, starring in-depth explorations of common strategies, market analysis techniques, and more.

All information is correct as of 09.30am GMT.

Sentiment remains in Extreme Greed at 92. The index spent the entirety of November above 70 and December doesn’t look like it’s going to be any different. In fact, with the likes of The New York Times and The Guardian reporting new all-time highs, and retail customers still largely quiet, it could be that we see a new record high before the year is out. Equally though, it’s important to note that the index doesn’t stay this high very often and a correction could be on the cards. 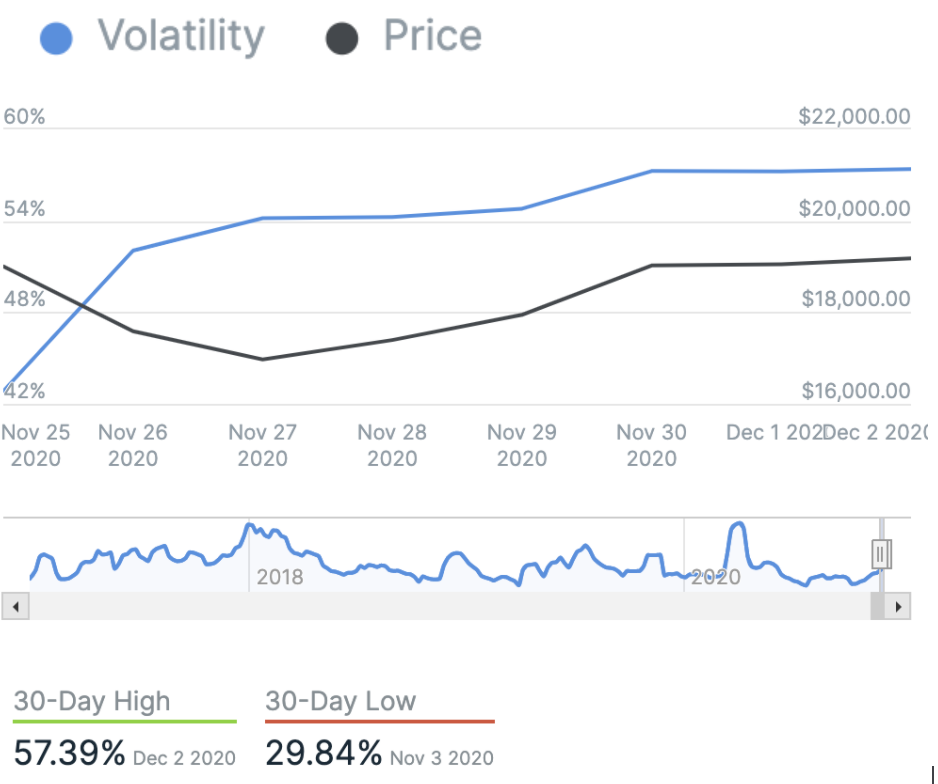 The daily RSI is currently 64.15. Values of 70 or above indicate that an asset is becoming overbought and may be primed for a trend reversal or experience a correction in price – an RSI reading of 30 or below indicates an oversold or undervalued condition.

When I wrote the book that became The Social Network, I knew I was writing about something that was going to change the world. I felt the same way when I wrote Bitcoin Billionaires.

The CEO of the world's largest asset manager, @blackrock, has said bitcoin has "caught the attention of many" and could evolve into a global market asset.

We converted our entire reserves to #Bitcoin in Aug 2020 and since then we’ve been ridiculed and called irresponsible fools by people in our community.
Our reserves in $ terms doubled since then
Here is why we will continue to buy #Bitcoin forever