It's happening. The doubters are being converted one by one. This week, Laurence Fink, CEO of investment management firm BlackRock, told a panel including former Governor of the Bank of England Mark Carney that growing interest in Bitcoin could indicate it will eventually have a place in the global financial system. Last week Maisie Williams, this week Laurence Fink. Who next? Nicholas Cage? Hulk Hogan? Larry Summers? We're excited.

Meanwhile, in the markets the price of bitcoin continues to hover around $19,000 and volumes remain high. As always, here’s your daily market update to help you on your way. If you’re new to the world of crypto, take a look through our beginner’s guide to crypto trading series to get a better idea of all these indicators, starring in-depth explorations of common strategies, market analysis techniques, and more.

All information is correct as of 08.00am GMT.

Sentiment remains in Extreme Greed at 92 again. The index spent November in Greed, but it’s important to note that the index doesn’t stay this high very often and a correction could be on the cards. 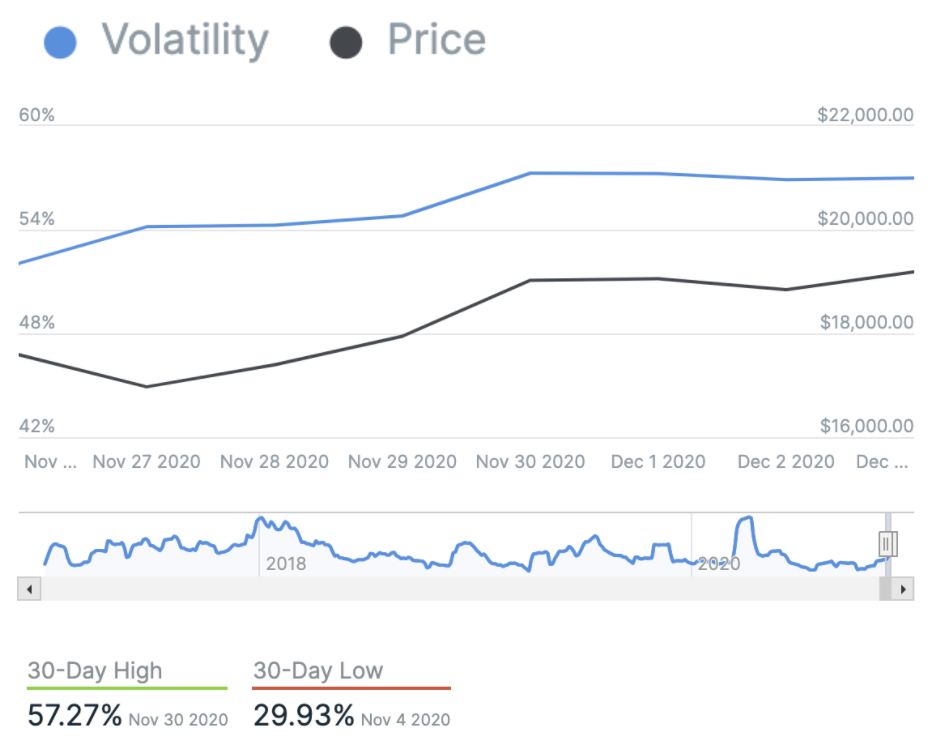 The daily RSI is currently 64.32. Values of 70 or above indicate that an asset is becoming overbought and may be primed for a trend reversal or experience a correction in price – an RSI reading of 30 or below indicates an oversold or undervalued condition.

When the CEO of Blackrock knows the EXACT number of website hits about Rick Rieders interview where he mentioned bitcoin (in passing), shows it wasn't a mistake but a test. They are monitoring this at the highest level to get involved. He knows and sees there is huge demand. https://t.co/XwBhIMaZfP

Assuming Bitcoin adoption rate continues its present 2.2x per year “Moore’s Law” of growth (which it has for 10 years so far), then 30% of the world population will own Bitcoin in 4 years time.

Wow! and this #bitcoin prediction comes from a banker!https://t.co/qO1LYzVBaB

Some financial advisers see Bitcoin as a long-term play. Others still won't touch it https://t.co/UEdw8uKe9G