Bitcoin continues its record breaking run above $10,000, while Grayscale now owns 2.5% of the total supply. Get yours before they do. As a wise tweet says later in this report – in the future, the person who owns a whole bitcoin may be very rare indeed.

If you’re new to the world of crypto trading, don't forget to take a look through our beginner’s guide to crypto trading series, featuring in-depth explorations of common strategies, market analysis techniques, and more.

All information is correct as of 10:00am BST.

Sentiment is back down at 45, up from 43 yesterday. We’ve spent just 1 day outside the Fear zone since the massive drop out of Extreme Greed on 4 September, despite the price remaining relatively stable at just below $11,000. Extreme fear can be a sign that investors are too worried, which could be a buying opportunity. When Investors are getting too greedy, that means the market may be due for a correction. Are we set for a big move? 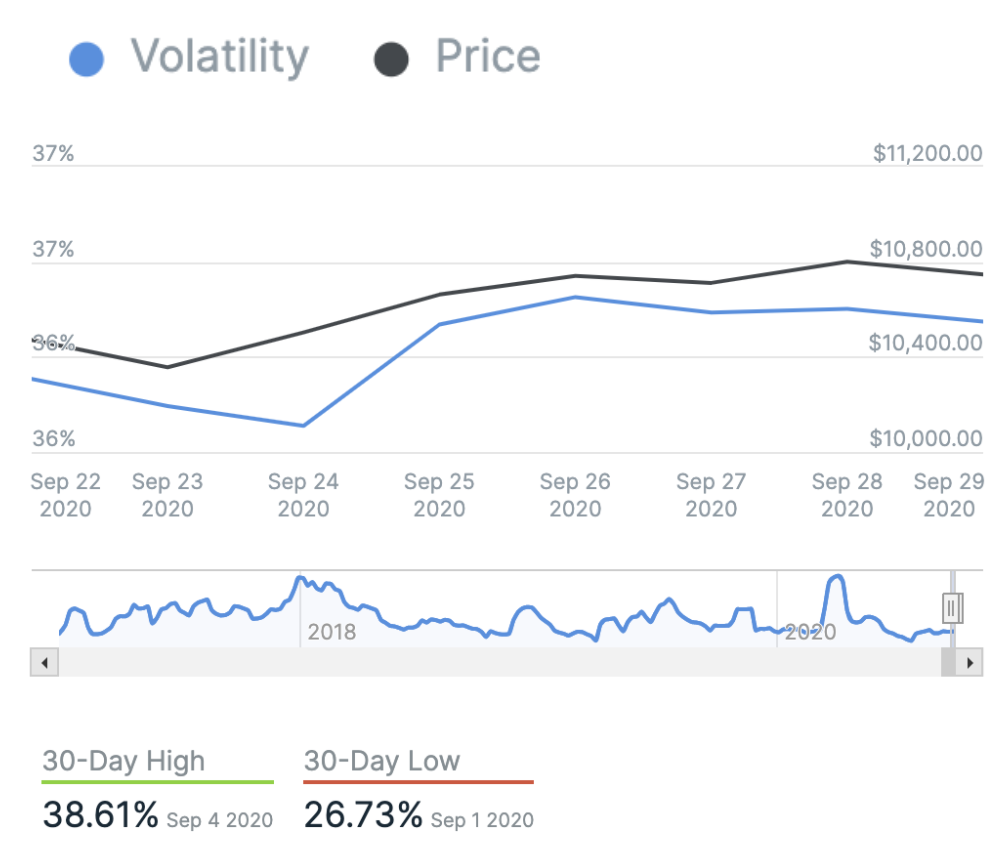 The daily RSI is currently 49.64. Values of 70 or above indicate that an asset is becoming overbought and may be primed for a trend reversal or experience correction in price – an RSI reading of 30 or below indicates an oversold or undervalued condition.

#bitcoin price on this date pic.twitter.com/L6qgTFgpMV

18.5M Bitcoin have been mined.

A "whole coiner" will be rare in the future.