If you leave 2020 having only learnt 1 thing, it should be that Michael Saylor loves Bitcoin. He loves it so much, he's borrowing to buy more – $400 million worth more to be precise.

Has MicroStrategy's latest moves had an impact on the market? Here's today's report. If you’re new to the world of crypto, take a look through our beginner’s guide to crypto trading series to get a better idea of all these indicators, starring in-depth explorations of common strategies, market analysis techniques, and more.

All information is correct as of 06.30am GMT.

To put that into context, Mastercard’s market cap is $339.91 billion – VISA’s market cap is roughly $470 billion, which would require bitcoin to hit a price of more than $25,000 if it were to exceed.

If you’re still not gauging the scale of these numbers, in 2019, the United States spent around $718.69 billion on its military. So it could have paid for about half of that with all the world’s bitcoin. That's a lot of lightbulbs.

Sentiment is back at a record-equally 95 again. We’ve now been in Extreme Greed for over a month. It’s important to remember that the index doesn’t stay this high very often and a correction could be on the cards.

The daily RSI is currently 60.62. Values of 70 or above indicate that an asset is becoming overbought and may be primed for a trend reversal or experience a correction in price – an RSI reading of 30 or below indicates an oversold or undervalued condition.

The trend in Google searches over the last 90 days. Google shows this chart on a relative basis with a max score of 100 on the day that had the most Google searches for that keyword. 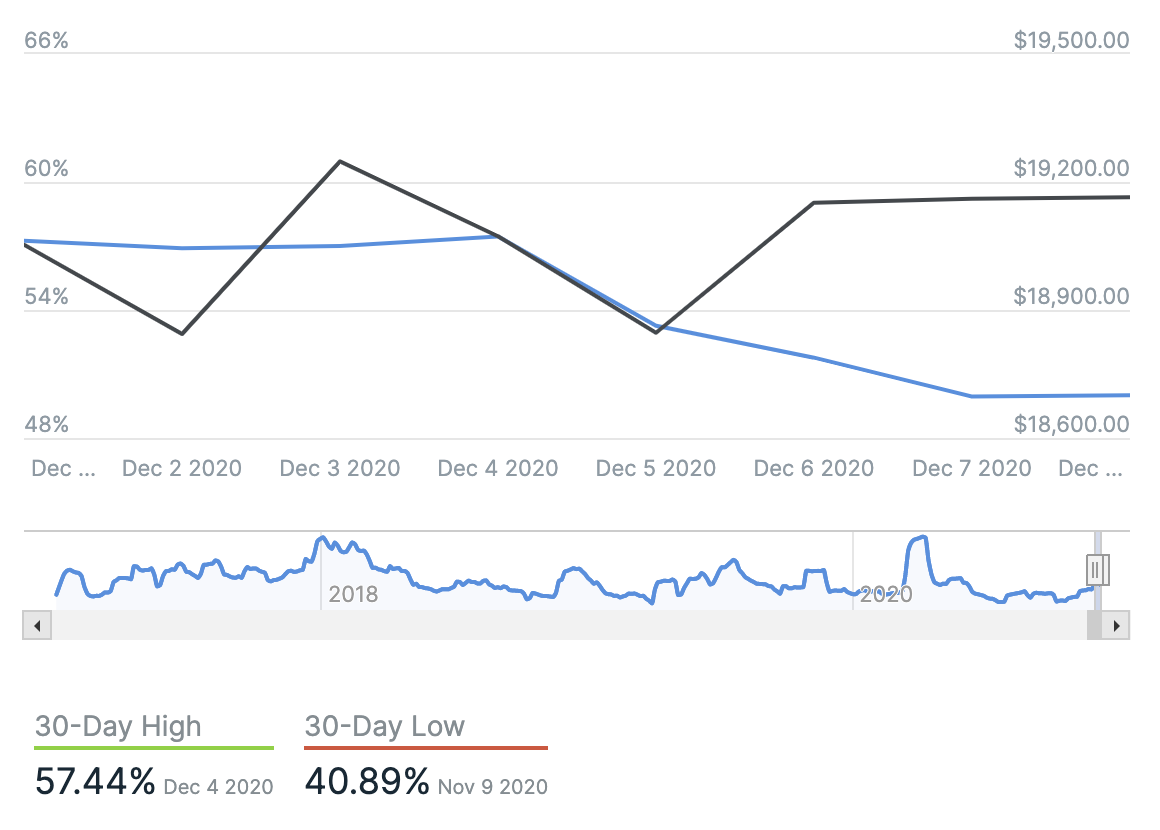 Yesterday, there were 9,941 tweets sent with a positive connotation towards bitcoin, 28,576 with a neutral connotation, and 2,122 were negative. 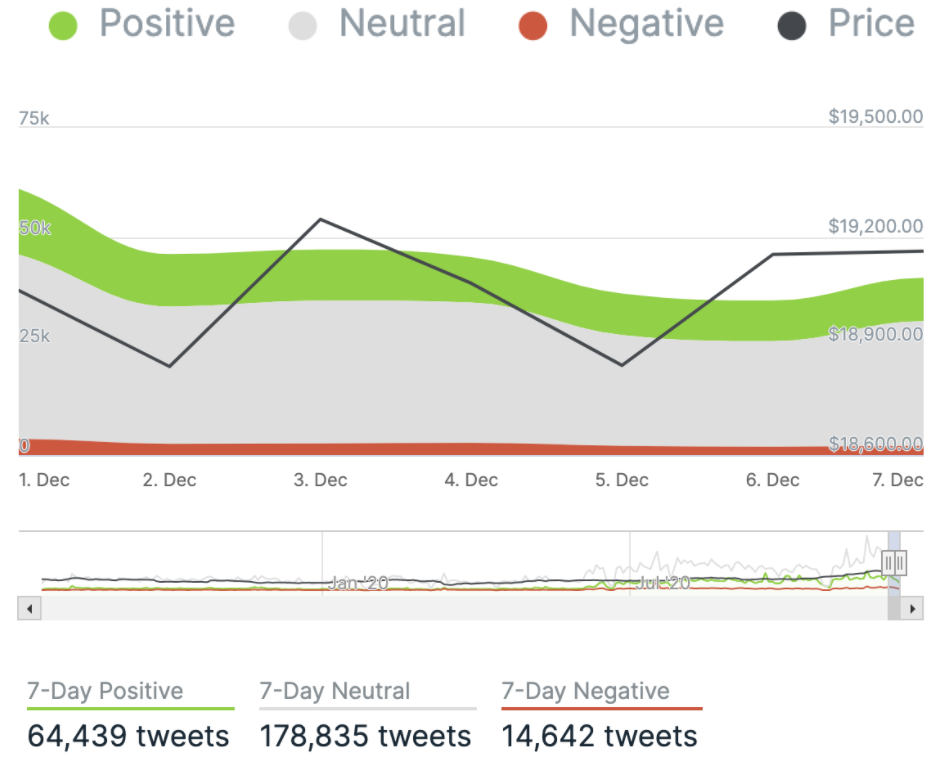 [starting to sweat a bit over here] https://t.co/tMvarGQtJ9

No 3rd party needed to facilitate this.
Nobody could stop it.
Nobody can reverse this.
🚀🚀🚀 pic.twitter.com/8F5ZLZqRzE

18.5M Bitcoin have been issued.