The views expressed here are those of the authors and do not necessarily represent or reflect the views of Luno. If you would like to read more by author Jason Deane, you can visit his Medium site.

To paraphrase my mum, we “don’t know we’re born” in the developed world do we?

Apart from all the things we take for granted, such as education, sanitation, healthcare and a whole raft of other benefits, we have a stable financial system.

Whilst we all may think about money pretty consistently for one reason or another, we rarely give a thought to our daily interaction with it. Our pay comes in to our bank accounts and we spend it, most commonly in a digital format (i.e. bypassing actual physical cash), using debit cards and tapping mobile phones. We can get credit at any time by using credit cards or going to a lender. Even if we do want cash, it’s readily available and accepted by everyone in our country anywhere, anytime. Oh, the convenience.

Now imagine that you can’t get a bank account. Perhaps there’s just no facilities, or you’re not considered profitable enough for a banking giant to consider you. You are one of the ‘unbanked’.

Now imagine debit cards are not widely available and even if you were one of the few who had one, vendors are unlikely to accept them due to trust or infrastructure issues. Worse, even your native currency in cash form is not accepted by locals who prefer dollars, pounds, euros or other ‘hard’ currencies to make the transaction. You may have to pay a significant percentage of your hard earned money, which you almost certainly would have received in cash, to exchange it for the currency your chosen vendor will accept.

It’s a fraught, stressful experience, and one we can’t really understand in our comfortable lives. Yet this is an everyday occurrence in developing markets around the world.

At the same time, many emerging markets are a strange contradiction. Even where literary rates are low, smart phone and internet usage is high, in relative terms anyway. In practice this means that even people who cannot read or write their own language, let alone English, can still use apps like Facebook simply because those platforms have been designed to be totally intuitive to the user. The result is a disproportionate amount of users to literary level.

That fact alone is astonishing. In countries where there is barely any infrastructure or financial system, or where crime and corruption is rampant, people still have the ability to share and like photos, finding ways to be connected in an otherwise difficult environment. Such is the power of certain technologies, a perfect example of their ability to leapfrog certain other (arguably more important) needs to service a whole new desire that was previously unknown to the very people who now use it.

It is also interesting to note that many of the countries where there is genuine lack of confidence in the sovereign currency, there is often higher than average interaction with Bitcoin.

This makes sense because if your country is flooded with alternative ‘hard’ currencies in physical paper form as a preferred alternative there’s no reason why Bitcoin could not be one of them. After all, all you need is a smartphone, an internet connection of any sort and a little bit of knowledge on what you’re doing. Bitcoin is portable, border-less, totally secure and easily divisible — ideally suited for currency transactions, exactly as Satoshi Nakamoto outlined in his original white paper.

The data that exists doesn’t entirely prove this is the case, but it would certainly support the hypothesis. Data collected earlier this year from LocalBitcoins shows that the volume of Bitcoin traded from emerging markets now exceeds the volume coming from the developed world.

In emerging markets however, LocalBitcoins can sometimes be the only real option for a whole myriad of reasons, but usually due to ‘crypto-unfriendly’ governments trying to retain control on the money flow and refusing to allow centralised exchanges to exist.

Even so, there can be no question that certain countries produce more volume than others and five in particular account for 80% of all trade through this platform (as of July 2019): Russia, China, Nigeria, Venezuela and Columbia.

Russia and China are almost certainly due to regulatory unfriendliness about the use of cryptocurrency in general — peer to peer exchanges are notoriously difficult to close down. This is noteworthy on its own since it clearly indicates that people will find a way to protect their money or drive their own interests whatever their government says, but the real statistic of interest here is the 24% of total trade from the last three countries.

In each case, there are concerns over the constant devaluation of the national currency via high inflation, strict limitations imposed by governments on access to US Dollars, or sanctions imposed by foreign powers. The simple fact is that all of these issues can be sidestepped by the man in the street using a smartphone, internet connection and Bitcoin wallet. Is it any wonder that the volumes in these areas have all spiked?

Venezuela is of particular interest. The Bolivar has all but collapsed, currently running at at 39,000% inflation rate, and the corrupt regime that runs the country is also subject to sanctions. When the money in your pocket is losing value by the second and access to foreign hard currencies is hard, what do you do? Bitcoin is the obvious choice.

It could be argued, quite fairly, that for many people in these situations that Bitcoin is an option of last resort, bought in the mindset of “Well, if I’m going to lose it anyway, I may as well give it a go.” This a completely different mindset to the one we face on a daily basis with our stable currencies and bank accounts. It is one that is perhaps hard for us to understand.

Even so, those Venezuelans who bought Bitcoin at the very peak of its price, around $20,000, and rode it all the way down to the $7,500 it’s currently at, are infinitely better off than they would have been if they’d left it in Bolivars. For the first time in history, the people themselves have been able to protect their personal worth against the foolhardy decisions made by their own governments.

We’ve seen the same in Nigeria, Columbia and, more recently, Argentina, where the recent explosion in inflation (currently sitting at 50%) has driven new highs in LocalBitcoin trade in just the last month.

We’ve also started to see the same activity going on in countries we wouldn’t normally class as ‘emerging’. Hong Kong recently saw a real spike in recent weeks at the same time tensions began to rise in that area. There’s no doubt, therefore, that even despite its shortcomings and uncertain future, Bitcoin is seen as a ‘safe haven’ when the external factors are right, whatever the classification of the country you’re living in.

It should be clear, however, that the amounts in question are still quite small — a few million dollars here and few more there — meaning that the actual number of people who have been able to preserve their wealth overall is not significant. This is surprising given the stark options faced by many in these situations. Why is this?

The reality is that Bitcoin, globally, is still tiny. It’s true a new record high of Bitcoin addresses was achieved just last week, but this was still only 28.39 million, a ridiculously small number when compared to the population of the earth, any of whom, at least theoretically, could hold some. In numbers terms that’s just 0.4%. And it’s taken ten years to achieve that.

Education on the subject in some of these countries is non-existent, or, shall we say, ‘discouraged’ by the state. Bitcoin is still new, arguably unproven in real terms and there’s a real, human element that lies beyond the numbers themselves. The fact is even when you have little choice, it’s still quite a thing to hand over your money and buy something that is viewed as very risky and few people actually properly understand.

All of this leads me to several key points about the current state of Bitcoin in emerging markets:

If this is true then the obvious conclusion is that in time — and perhaps sooner than we think — adoption in these areas will grow at a faster pace than it will in First World countries, i.e. in places where we already have a viable system and may not currently see the need for it beyond speculation in our day to day lives.

This could, theoretically speaking, ultimately create an interesting scenario where the world’s smaller or emerging economies suddenly find themselves owning disproportionate amounts of Bitcoin if any form of global adoption does occur, even on the smallest level.

If that’s the case, then it’s entirely possible that there would be a shift in wealth from the first world economies to the emerging ones, almost by accident and all initially driven by necessity.

And I find even that mere possibility — something that could not have occurred at any other point in history so far — absolutely fascinating.

This article was originally published on Medium.

You can find more articles on Bitcoin, cryptocurrency, and everything else by Jason here. He is also a Brand Ambassador at Luno, running workshops around the UK educating people about Bitcoin and what it can do for them. If you would like Jason to run a free workshop for your company, please contact [email protected] Jason’s book for Bitcoin beginners called “How to Explain Bitcoin to your Mum” is available in Ebook and Paperback on Amazon. 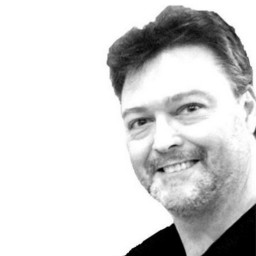 Jason is a respected Top Writer on Medium in Bitcoin and Finance. He is also a Brand Ambassador at Luno running workshops around the UK educating people about Bitcoin and what it can do for them. Jason’s book for Bitcoin beginners called “How to Explain Bitcoin to your Mum” is available in Ebook and Paperback on Amazon. You can message or follow him on Twitter @jasonadeane.