As we talk about upgrading the world to a better financial system, it’s also important to consider the forces that currently control our money, and the pros and cons of the current system. So we’re taking you on a tour of the Evolution of Money: where it comes from, why we use it, the forces that dictate its behaviour, and what it all means for you. This week we’re looking at the evolution of currency - beginning with its origins. 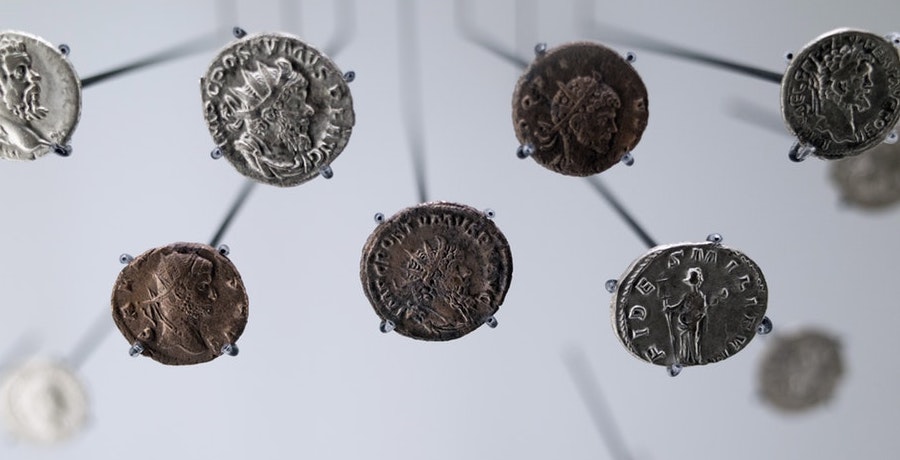 In the UK, all banknotes include a little statement that’s a good starting point for this exploration of the history of currency: “I promise to pay the bearer on demand the sum of twenty pounds.” Even if you’ve never held a British banknote, that statement is still relevant to the money you use on a day to day basis.

So, what does it mean? When you think about it, that doesn’t make much sense. When you pay for something with a banknote, aren’t you paying the seller that amount of money, rather than giving them a sort of IOU note?

To understand what that statement means and how it connects to Bitcoin, we need to look at the history of currency.

A (very) brief history of currency

It’s difficult for any single person or family to meet all their own needs and it’s more productive to divide up labour and give tasks to whoever does them best. People have always solved that problem through trade.

But different goods and services require different amounts of time, materials, and effort.

In theory, they can barter. Someone builds a home for another person, who supplies them with meat for two weeks. But what happens when the home builder wants meat, but no one needs a new home? Or if there’s a storm and suddenly many people want new homes, but the builder doesn’t need that much meat?

We need a shared system for transferring intangible value between people.

Enter currency. At some point, people realised exchange made their lives better, they just needed a more efficient system. This was especially important as trade links built between cities and countries.

Early currencies were commodities like salt or livestock which were useful in themselves. If someone gives you a cow as payment, you can keep it for breeding and milk, slaughter it for meat and leather, or use it to pay someone else.

But although commodities were better than bartering, they were still tricky to divide and pass between people. A cow is fine as payment, until you just want to purchase something small, or the other person doesn’t want it. It’s also tricky to transport, can get sick or die suddenly, and will suffer from being passed around too much. Plus, you need to feed it and somewhere to keep it.

Disparate stores of value in different parts of the world gradually converged towards coins: discs of metal, with gold, silver, and copper being popular choices to this day. Precious metal coins are scarce, not too bulky to transport, available in a range of denominations, and have a defined value.

Still, precious metals are a pain to carry around (especially for larger transactions) and can be stolen. So we gradually moved towards currency that represents a certain amount of precious metal, then currency that isn’t valuable in itself but is trusted as a medium of exchange and store of value. In our next post, we’ll look at why that happened and what it means.