If you’ve spent any time on Twitter over the last few months, you may have noticed a number of profile pictures with laser beam eyes appearing on your feed. No, they’re not cyborgs – Skynet has bigger things to worry about than Twitter. They’re real people from all walks of life across the globe who have been united by their love of Bitcoin and are looking for a new way to show it.

The obvious question is: why laser beam eyes?

The crypto community has long been known for its playful nature and is never afraid to put a quirky spin on things. From South Park-themed blockchain visualisers, to never letting go of that one typo (hodl, anyone?), there’s always room for fun. Laser beam eyes are the latest instalment in this tradition, another unique way to signal enthusiasm and endorsement for Bitcoin.

"It's meant to convey activation and growing power levels," says Neeraj Agrawal, the Head of Communications for Cryptocurrency think tank at Coin Center. "Think about when a character's eyes glow in a movie."

So if Agrawal is to be believed, it’s a little like levelling up and giving yourself agency; Bruce Banner turning green to become Hulk, or Dragon Ball Z’s Goku going Super Saiyan which allows him to tap into additional power. This is your chance to do that.

Like everything in crypto, the meme culture is kept strong by the power of community. It’s this spirit of togetherness that’s helping empower people and upgrade the world to a better financial system. It’s also brought the bitcoin-loving celebrities out into the open, allowing them to let their crypto flag fly. Here are a few of the big ones we’ve spotted. Have you seen anyone we’ve missed?

American Football superstar Tom Brady is one of the latest to adopt the laser eyes. The nine-time Super Bowl champ is a long time crypto fan, having earlier this year been announced as the founder and chairman of Autograph, a marketplace for NFT collectables. He’s not alone either among American Footballers, with the likes of Kansas City Chiefs’ Sean Culkin and former all-American Russell Okung going so far as to take their salary in Bitcoin. Now that’s levelling up.

Rumor has it @TomBrady is loading up on Bitcoin.

Retweet if you think the GOAT should turn on laser eyes. 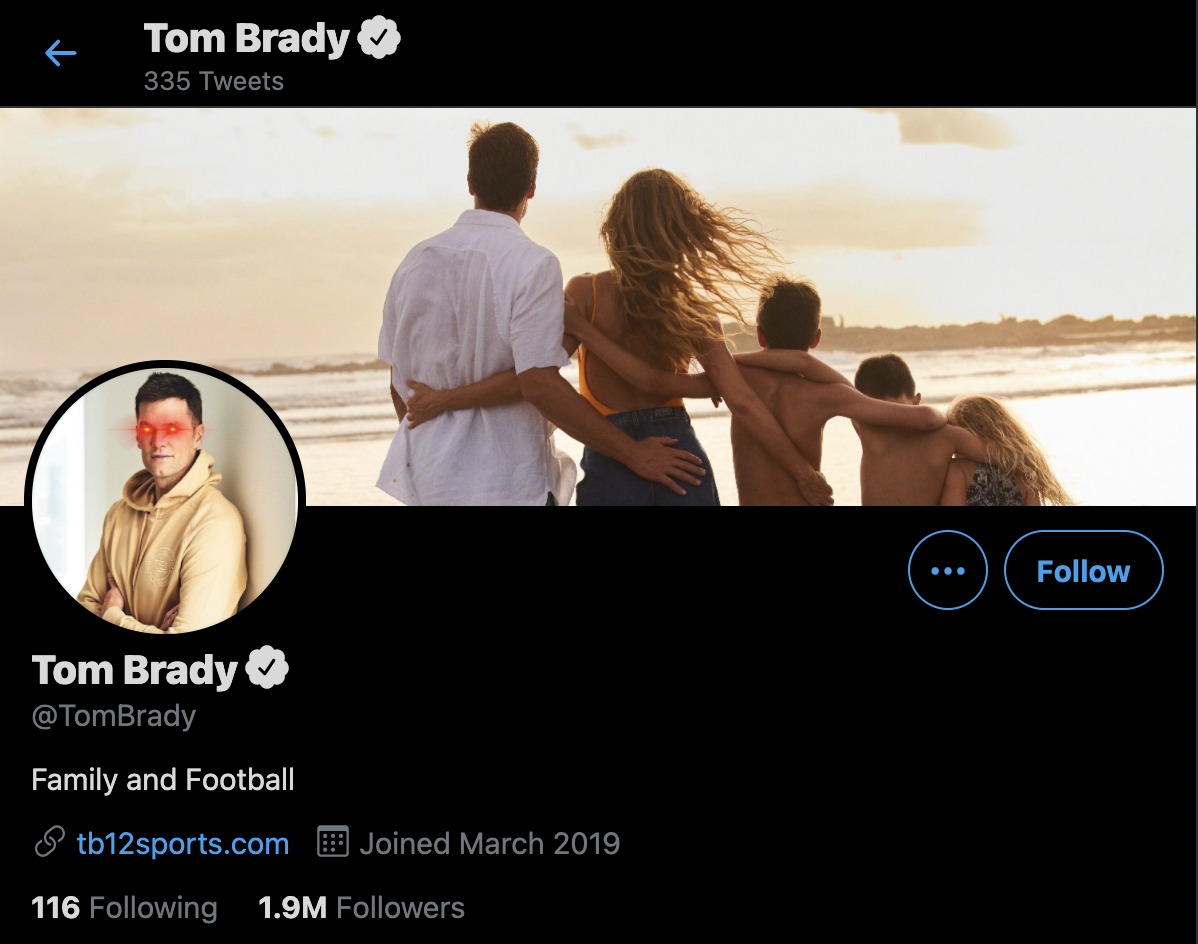 Elon Musk has a complicated relationship with crypto, so it makes sense that he’d go his own way with the laser eyes. Musk changed his profile picture to an anime character with red laser beams, accompanied by a tweet saying, “Just for a day.” Prescient.

Just for a day 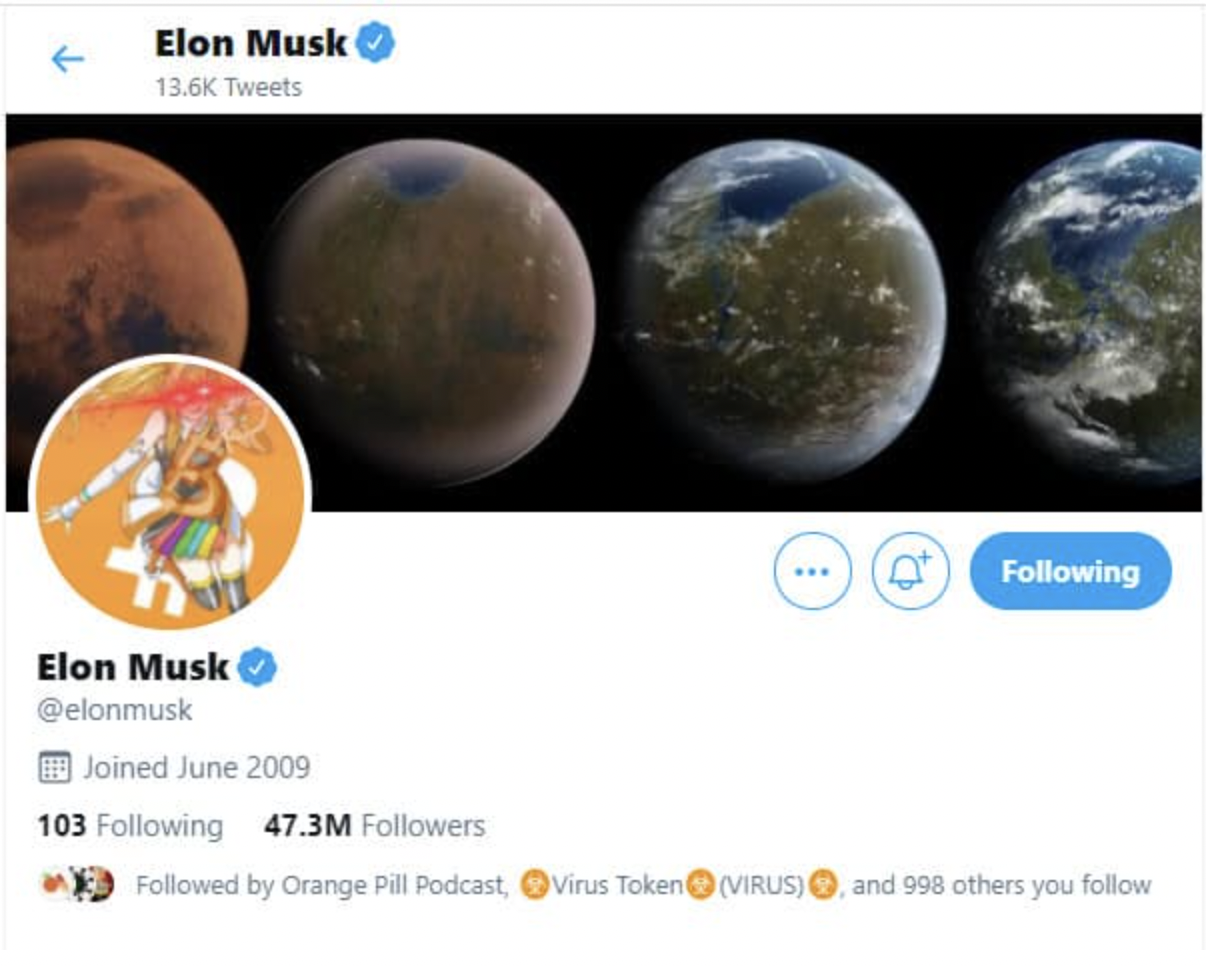 American entrepreneur and business executive Michael Saylor is probably Bitcoin’s most celebrated billionaire bull, so it was no surprise to see him with laser eyes. He’s a particularly big fan of the trend, waxing lyrical about laser eyes and what they mean to him in a recent Tweet:

While Saylor might not have been a surprise, the Teletubbies were somewhat more so. In late March, the Teletubbies’ Tinky Winky and Po launched their laser eye profile pic to mass confusion. The move turned out to be promotion for the launch of their own TubbyCoin, which ended up being an April Fool’s joke that dovetailed as a fundraiser for a children’s charity.

Eh-Oh...what could the Teletubbies be possibly hiding from us? Stay tuned for something BIG this week. 🚀 #Bitcoin pic.twitter.com/fJ2NBXsENx

It’s not every day that a US senator shows support for Bitcoin, but the times they are a-changin’. Breaking the status quo for a government official, Senator Lummins was another early member of the laser eyes club and she has worked hard to push bitcoin in government, arguing that Bitcoin is a “strong advocate for digital assets and financial innovation.”

Like Mr. Musk, my day of laser eyes is almost up but my support for sound money continues. https://t.co/vF6gz2yAUC

Paris Hilton would never want to miss out on a trend, even if it meant red laser beams coming out of her eyes. Hilton may have spent her early career looking pretty but dumb (purposefully, as it turns out), but now that she’s managed to shed that persona it turns out the hotel heiress-turned-successful DJ has a keen interest in economics and is a big fan of decentralized finance. Who knew! Laser eyes for Paris. 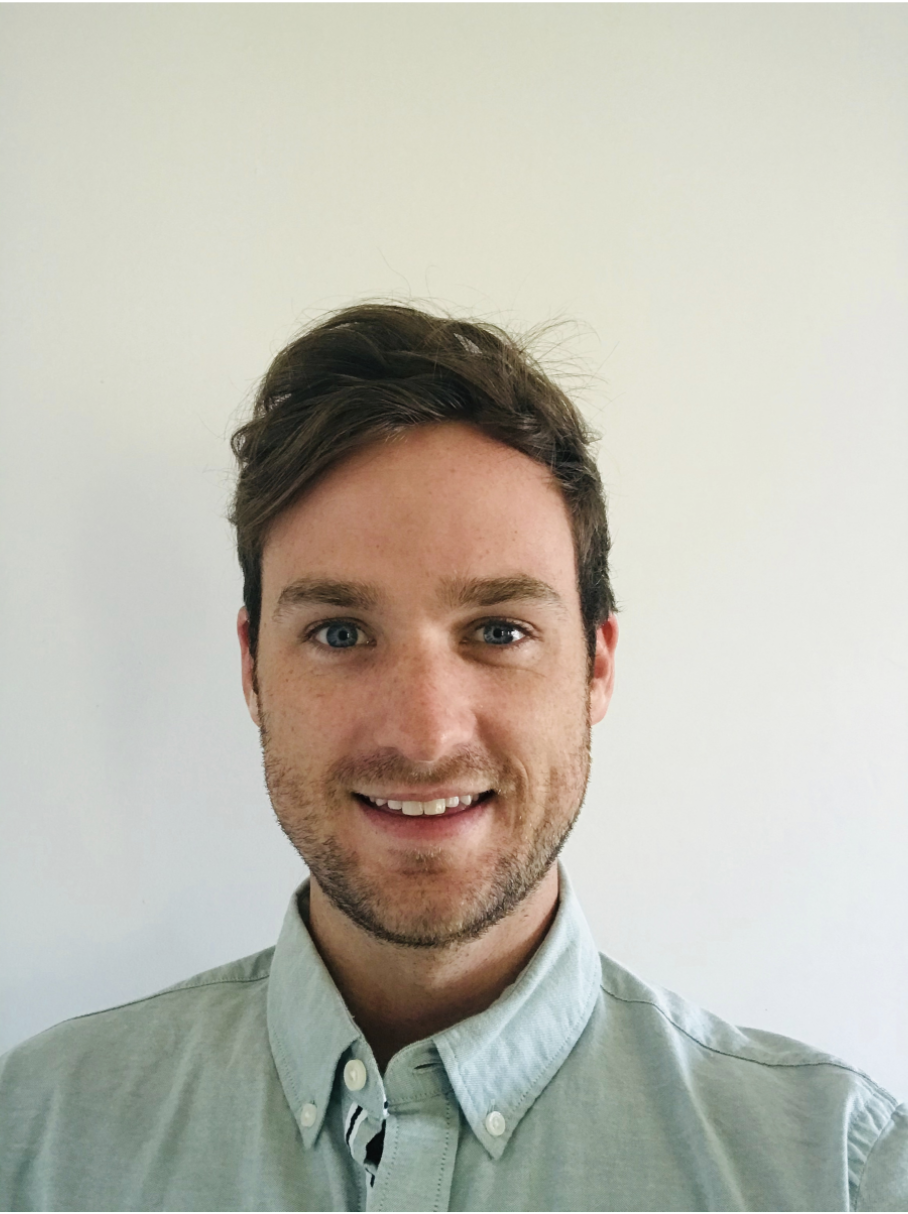