The NBA continues to show its love for crypto, NFTs are still very much in the forefront Stateside, and are governments following institutional investors down the crypto rabbit hole?

Here’s what went down in the news last week.

The Sacramento Kings franchise announced last week that they’ll be offering bitcoin as a salary option for everyone who works for the organisation.

Sacramento Kings CEO and governor Vivek Ranadivé made the announcement during a Clubhouse session called the “Satoshi Roundtable”, having been invited to join by venture capitalist Tim Draper.

Ranadivé said: “I’m going to announce in the next few days that I’m going to offer everyone in the Kings organisation, they can get paid as much of their salary in bitcoin as they want, including the players.”

Neil Jacobs, a Bitcoin enthusiast present in the Clubhouse room tweeted the announcement, too.

BREAKING: Chairman of the Sacramento Kings:

"I'm going to announce in the next few days that I'm going to offer everyone in the Kings organization, they can get paid as much of their salary in #bitcoin as they want, including the players." - @vivek@SacramentoKings
@NBA

It’s clear the Kings are no newcomers in the crypto space at all – they accepted bitcoin as payment back in 2014 and even started mining crypto in 2018. In 2019, the NBA franchise released the “Kings Token” designed to reward fans who engaged with the team.

The global crypto markets this weekend exceeded $2 trillion mark for the first time, making crypto more valuable than the US banking system according to head of analytics Bianco Research, Jim Bianco.

A sort of milestone was reached today.

The total value of all cryptos surpassed the value of the US banking system.

Why is this measure relevant? It is an admittedly imperfect attempt to measure the size of the current CeFi system versus the coming DeFi system.

In Bianco’s chart, crypto’s doubling value through 2021 has put it ahead of the value of the S&P Composite 1500 Banks index, which tracks the performance of publicly-traded banking institutions in the US.

Bianco also said that if crypto doubles again, it would be bigger than the entire US financial system, including banks, brokers, insurance, exchange firms, and asset managers.

Crypto has also become a much stronger contender to gold’s market gap, hitting 27.8% of its total value. What’s more, the trend doesn’t look to be ending anytime soon as investors ditch the supposed safe haven in favour of the US Dollar and broader markets.

SEC’s Heister Pierce: “You’d have to shut down the internet to ban Bitcoin”

There’s been a lot of talk lately of the US government considering “banning Bitcoin”. But SEC Commissioner Heister Pierce (AKA “Crypto Mom”) understands what most of the community already knows: it’d be “foolish” and also pretty impossible.

During a MarketWatch virtual panel discussion titled “How to Invest in Crypto”, Pierce reiterated that the US remains behind the rest of the world when it comes to the appropriate regulation of digital assets.

Pierce added the US could expect an improved approach in the form of the SEC’s new crypto-savvy Chairman Gary Gensler.

“I think we were past that point [of banning Bitcoin in the US] very early on because you’d have to shut down the internet,” Peirce said. “I don’t see how you could ban it. You could certainly make the effort. It would be very hard to stop people from doing it [trading Bitcoin],” she said. "So I think it would be a foolish thing for the government to try to do that."

While certain countries like India have banned crypto transactions, Pierce iterated that in reality it would be a treacherous endeavour as the technology is set to outpace the government’s attempts to limit bitcoin usage. People will always be able to download a Bitcoin wallet, run a node and make transactions as long as they have an internet connection. We can, however, expect clearer bitcoin regulations, which is not necessarily a bad thing either.

In its latest investment, the smartphone selfie app company said it had bought over 175 bitcoin. In March, we reported that Meitu has begun by spending $22 million on Ethereum and $17.9 million on bitcoin. A few weeks later, it bought an additional $28.4 million Ethereum and $21.6 million Bitcoin, totalling $90 million in crypto.

But a $100 million digital asset investment was always part of the company’s investment plan as set out in company documents. They join MicroStrategy, Square, and Tesla, who’ve all recently made headlines for heavily betting on crypto – who’ll be next?

Ukrainian officials own $2.67bn in bitcoin

And it’s not only companies stacking sats, Ukrainian civil servants and officials are apparently holding a hoard of bitcoin and other digital assets, with some even earning the “whale” title, according to local data analytics platform Opendatabot.

According to the platform, “46,351 Bitcoin is accrued in the declarations of civil servants for 2020. As of April 5, 2021, this is almost 75 billion hryvnias.” In dollar terms, Ukraine’s civil servants combined bitcoin holdings amounts to roughly $2.67 billion – and this is only those who’ve officially declared their holdings. Only 652 officials reported owning the crypto, out of 791,872. 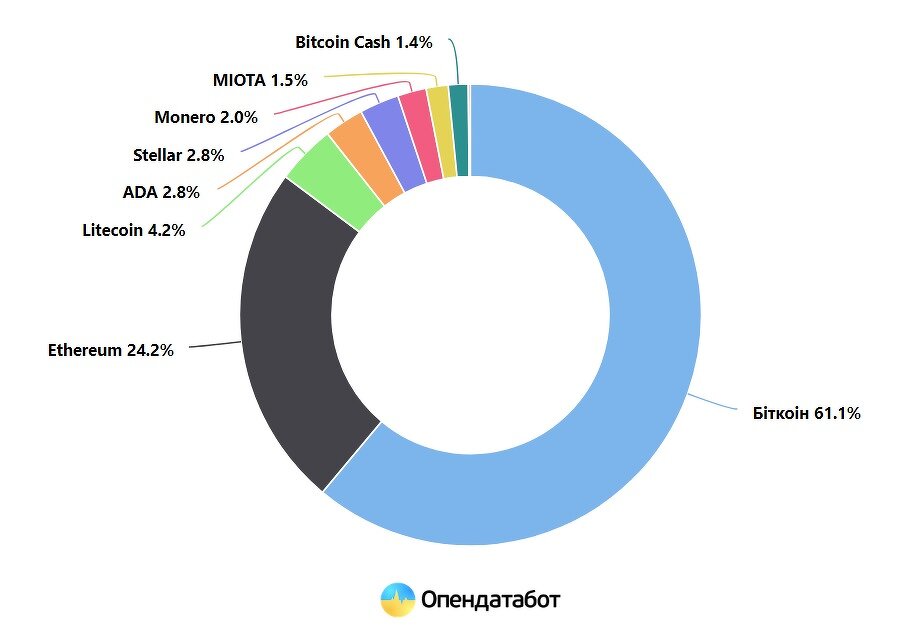 CEO of payments processor Coinspaid commented that Ukraine has always been “very active in the crypto” field and are certainly not strangers in the community. He added, “I was involved in launching a series of meetups in 2014 in Ukraine and founded Bitcoin Foundation Ukraine. The foundation was a success and quickly gained popularity among crypto enthusiasts. Already then, there were notable global crypto projects in the country."

While the crypto space is growing rapidly, 2021 has inarguably been the year of NFTs. And the mania surrounding them shows no signs of letting up. The biggest NFT marketplaces saw web traffic increase by ~430% last month as demand for crypto collectibles continues to increase.

NFT marketplaces allow you to auction NFTs to anyone around the world willing to pay in crypto. Payments go directly from the buyer to the artist, with the marketplace typically taking a cut. NFTs can also be resold on these marketplaces and we’re starting to see serious growth in secondary marketplaces.

Nifty Gateway, the largest NFT marketplaces in terms of sales volume, saw a 290% increase in web traffic last month. It now has around 4.2 million monthly users, with a monthly sales volume hitting $140 million.

Other marketplaces have experienced similar traction – Rarible grew by 305%, OpenSea by 360%, Makersplace by 263% and SuperRare by 158%.

High-profile sales from the likes of Beeple, Deadmau5, M.I.A. and even John Cleese, are now releasing NFTs. Would you buy one? Let us know on Twitter.