Ja Rule’s putting art on the blockchain, Visa is working on ways to enable bitcoin purchases, and institutions are still buying crypto.... what a time to be alive.

Catch up on everything that went down last week here.

Two of the three funds on offer are from billionaire Mike Novogratz’s crypto firm Galaxy Digital and the other is a joint effort from NYDIG and FS Investments.

The minimum investments for Galaxy Bitcoin Fund LP and Galaxy Institutional Bitcoin Fund LP are $25,000 and $5 million, respectively, and the minimum for the FS NYDIG Select Fund is $25,000. The catch? Morgan Stanley is restricting access to clients with at least $2 million in the bank. In addition to this, the bank is limiting investments to 2.5% of a client’s net worth.

This isn’t the first move Morgan Stanley has made into crypto. They recently bought a 10% stake in MicroStrategy, which holds over $5 billion in bitcoin. They join a number of players in the traditional financial services space dipping their toes in the crypto pool. BlackRock CIO this week said the asset manager is “dabbling” in potential bitcoin offerings, while Goldman Sachs recently announced the reopening of its crypto trading desk and plans to resume dealing in bitcoin futures.

A couple of weeks ago we reported that Chinese tech giant Meitu had bought $40 million worth of bitcoin and ether. It turns out that was just the beginning of the buying spree, with the firm announcing last Wednesday that it had bought even more.

The smartphone and selfie app company bought an additional $28.4 million worth of ether and $21.6 million worth of bitcoin. The company said in a statement, “As at the date of this announcement, the Group has accumulated a net purchase of approximately US$90 million worth of cryptocurrencies.”

The company added that allocating part of its treasury in bitcoin and ether is useful as an alternative to cash, which is “subject to depreciation”, and that, more broadly, blockchain technology “has the potential to disrupt both existing financial and technology industries”.

It also noted that it recognises the price volatility associated with cryptocurrencies and that was the main reason for these particular choices: “Notwithstanding the long-term prospects, cryptocurrency prices in general are still highly volatile and therefore the Board currently decided to invest in the two largest cryptocurrencies by market capitalisation, Ether and Bitcoin, which the Board believes should enhance shareholder value in the long-term.”

Kelly explained the move last week on Fortune’s Leadership Next podcast: "We're trying to do two things; one is enable the purchase of Bitcoin on Visa credentials, and then secondly work with some Bitcoin wallets to allow the Bitcoin to be translated into a fiat currency.”

He added that enabling the instant conversion of bitcoin into fiat would allow some 70 million merchants around the world to accept BTC as a payment method.

On top of this, Kelly said Visa is also working with fiat-backed digital currencies: “We see a strong potential for those to become a new payment vehicle," and an "accelerant" in emerging markets.

Visa’s partnerships with platforms and wallet providers include BlockFi, Fold, Crypto.com, and recent addition First Boulevard, which was selected as a partner for its new crypto API program.

Kelly noted that small businesses have been “one of the losers” during the pandemic and that adding Bitcoin support could help them overcome the consequences of lost revenue due to global shutdowns.

NFT watch: Ja Rule is back in the mix and Sophia the Robot creates AI-driven artwork

Interest around NFT artwork has hit an all-time high this year. Two weeks ago, crypto artist Beeple sold a piece via Christie’s auction for $69.3 million, and we’ve since seen the likes of musician Grimes, NFL athlete Rob Gronkowski, and actress Lindsay Lohan enter the NFT realm, too. The entire NFT market saw trading volumes of a whopping $342 million in February.

This week it was the turn of rapper Ja Rule and Sophia the Robot.

The artwork in question is a painting of the Fyre Festival logo by artist Tripp Derrick Barnes, which also comes with a certificate of digital ownership and a physical artwork. Fyre Festival is notorious as the mother of all failed music festivals, withs its promises of megastar performances and luxury Bahamas living ending in stranded ticket holders and one of the festival’s founders, Billy McFarland is still serving out a six-year prison term.

They weren’t the only ones at it last week. On Monday, Hanson Robotics and iv Gallery announced a launch of a series of NFTs based on artwork from Sophia the Robot, an AI-driven humanoid robot. The artwork is expected to drop on 23 March via Gemini’s Nifty Gateway platform.

The pieces are described as a collaboration between Sophia and artist Andrea Bonaceto. With “her” combination of artificial intelligence and neural network smarts, Sophia reportedly studied Bonaceto’s works and then produced her own compositions. 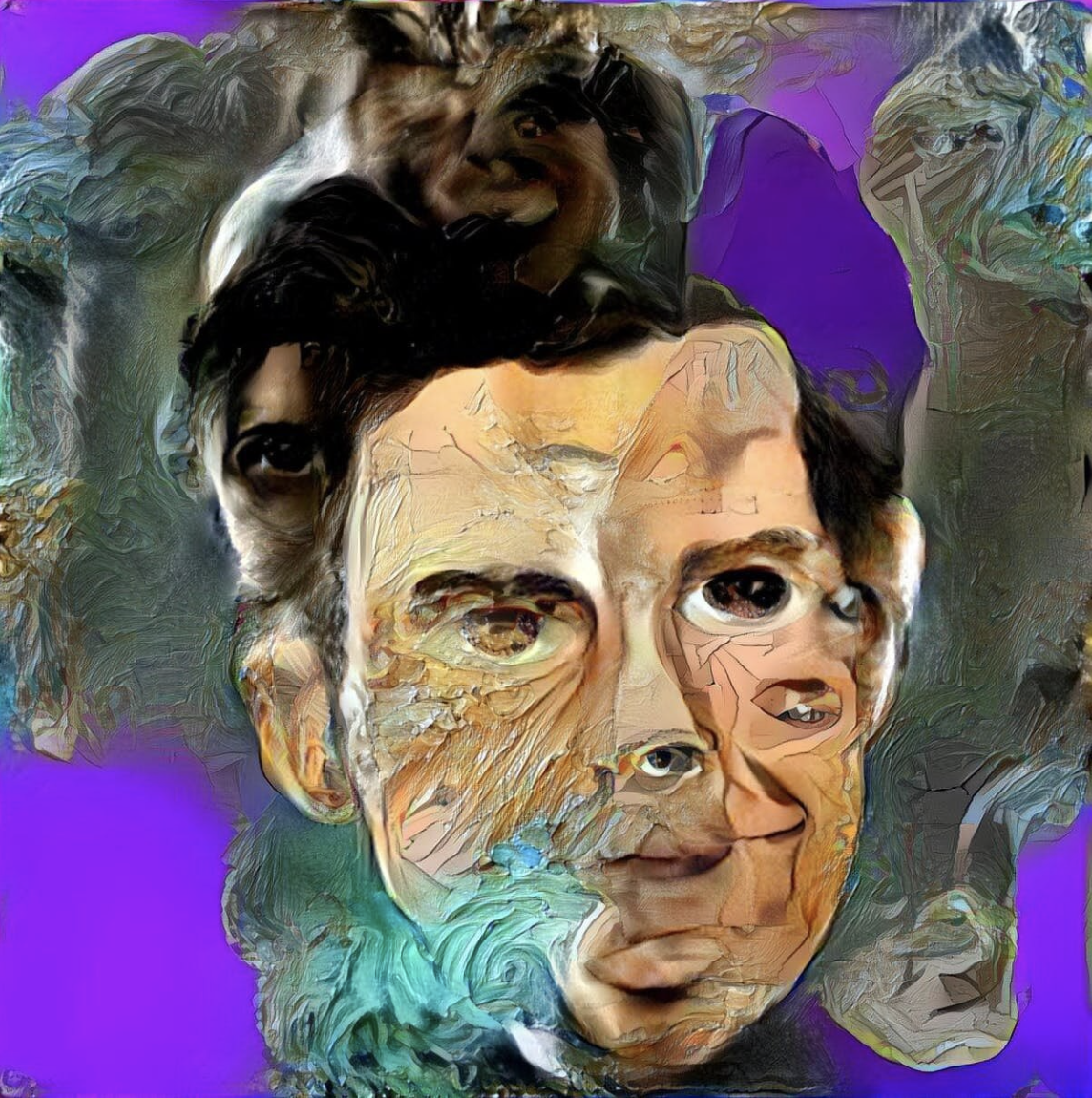 “Sophia created the art entirely using neural networks and symbolic AI, responding to her perception of Andrea Bonaceto’s works, as well as to data from her ‘life’ experiences, under guidance from the Sophia team’s designers and programmers,” said roboticist Dr. David Hanson. “How she responded to Andrea's art simply thrills me. I’m one proud father.”