These days, it feels like not a week goes by without earth-shattering market movements. This week, Bitcoin hit a new all-time high market cap over $1 trillion and Ethereum broke $2,000 for the first time. But while the price going up is exciting, it’s adoption that’s really getting tongues wagging. And that’s taking off. We’ve got the low-down on the biggest news that happened in the past week. Bon appétit.

MicroStrategy made headlines again last week as it completed its offering of $1.05bn in convertible senior notes – a type of debt security that can either be converted into shares or bought back by the issuer. The notes are set to mature in 2027, but can be bought back by MicroStrategy in 2024.

It announced the debt-sell off early last week and said it “intends to use the net proceeds from the sale of the notes to acquire additional Bitcoin”, without specifying an exact amount.

This isn’t the first time MicroStrategy’s used this tactic – in December, it sold $400m in convertible senior notes and then bought $10m worth of Bitcoin in January.

With Bitcoin evangelist Michael Saylor at the helm, the company is currently sitting on over 70,000 Bitcoin, worth around $3.7bn at the time of writing.

If you’re struggling to understand why MicroStrategy would make such a move, you need only look at the success other institutions are having so far. According to US research firm Wedbush Securities, Elon Musk’s electric car company is set to profit more from the Bitcoin investment it made in January than from all of its car sales in the entirety of 2020.

Earlier this month, Tesla disclosed it had bought $1.5bn worth of bitcoin in January. The BTC price subsequently jumped by 8.5% in less than two hours.

Wedbush analysts Dave Ives and Strecker Backe estimate Tesla has already seen a $1bn profit from its Bitcoin investment, compared to the $721 million in profit it reported for its fiscal year in 2020 – we’d call that a pretty decent investment. This estimate is based on the assumption Tesla hasn’t sold any of the bitcoin it bought in January.

Wedbush called the bitcoin investment a “side show for Tesla” but believes it could “have a ripple impact” for public companies over the next year and a half. It added that it believes crypto “will have a seismic impact for blockchain, payments, banks, and semis in the years to come.” 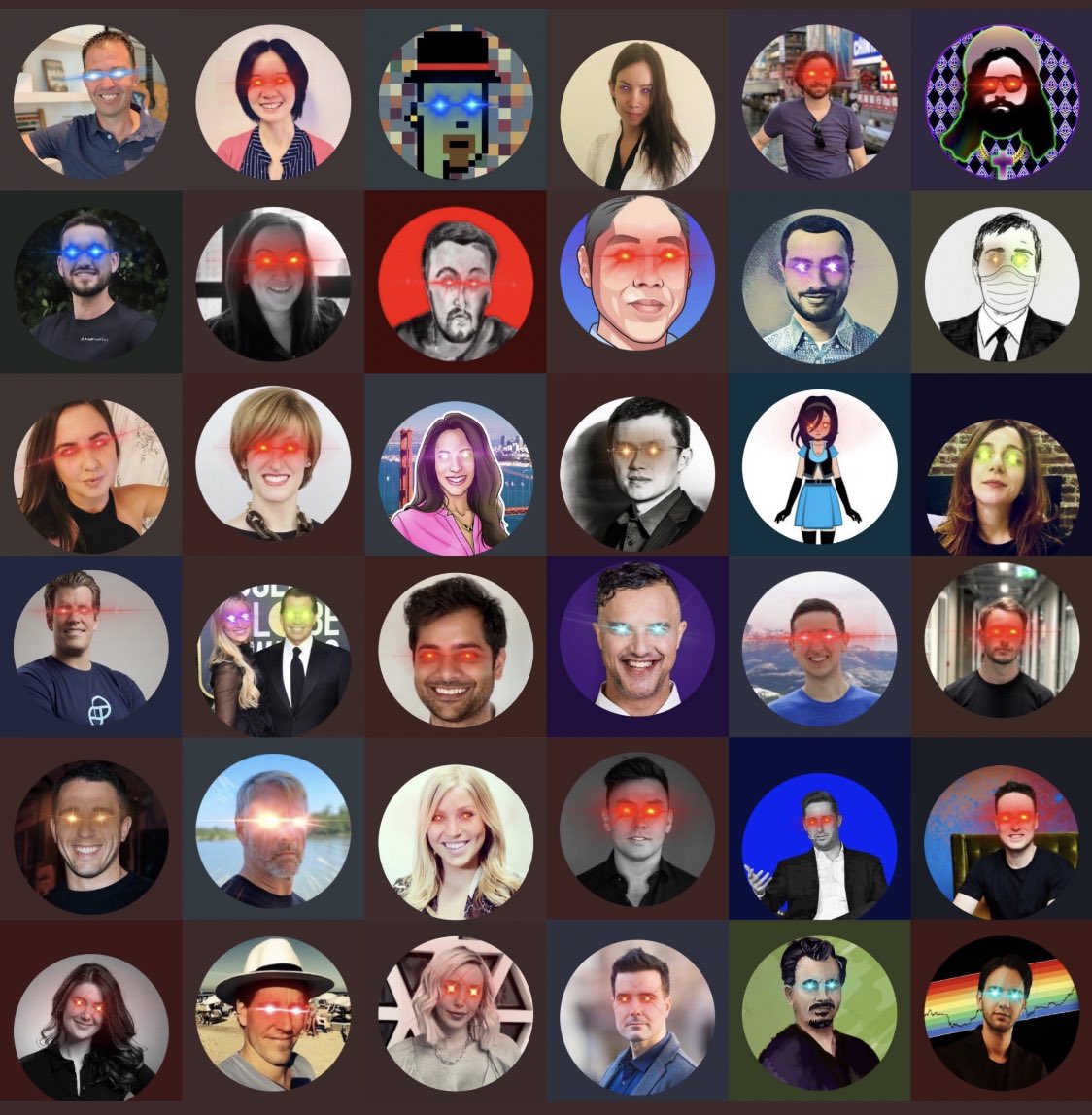 So what’s the deal?

Head of communications for Coin Center Neeraj Agrawal commented: “It’s meant to convey activation and growing power levels. Think about when a character’s eyes glow in a movie.”

According to Know Your Meme, the glowing eyes superimposition was first widely used in meme form after the video game Mass Effect 2, which came out in 2010. In the game, enemies’ eyes glow yellow when they’re controlled by another entity, so people took to photoshop and captioned their pics with “assuming direct control”.

Crypto podcaster Greg Zaj tweeted #LaserRayUntil100K in reference to the bitcoin price moving all the way up to $100,000. Having enjoyed a 91% increase since the start of the year, we could be seeing six figures in just a few months. Here’s hoping!

Love him or hate him, SpaceX CEO Elon Musk has the ability to shake financial and crypto markets with just a single tweet. This weekend was no different.

On Friday, he tweeted that corporations are better off holding bitcoin than cash in today’s low-interest-rates environment. He was commenting on a Bloomberg video that referenced Tesla’s recent $1.5bn bitcoin purchase that occurred earlier this month.

To be clear, I am *not* an investor, I am an engineer. I don’t even own any publicly traded stock besides Tesla.

However, when fiat currency has negative real interest, only a fool wouldn’t look elsewhere.

Bitcoin is almost as bs as fiat money. The key word is “almost”.

On Saturday, bitcoin’s favourite nemesis Peter Schiff jumped on Elon’s comment that crypto was “almost as bs as fiat money”.

According to @elonmusk "Bitcoin is almost as BS as fiat money." So Musk regards both #Bitcoin and fiat as BS. I agree, I just think Bitcoin, which is digital fiat, is even more BS than the paper fiat issued by central banks. #Gold is not BS. It's real money and better than both!

And in true Elon fashion, he replied: “An email saying you have gold is not the same as gold. You may as well have crypto.” Schiff didn’t agree – but then, he rarely does. With anything. Musk has been back and forward on crypto so many times now that it’s getting hard to keep up, but if you’re interested in knowing which way the market’s going to go, there are worse places to keep an eye on.