A defining feature of cryptocurrencies such as Bitcoin and Ethereum is that no one entity has ultimate authority over how they work. Decentralised cryptocurrencies rely on their communities to maintain their respective networks and ensure they remain viable. But what happens when these communities face internal disagreements? 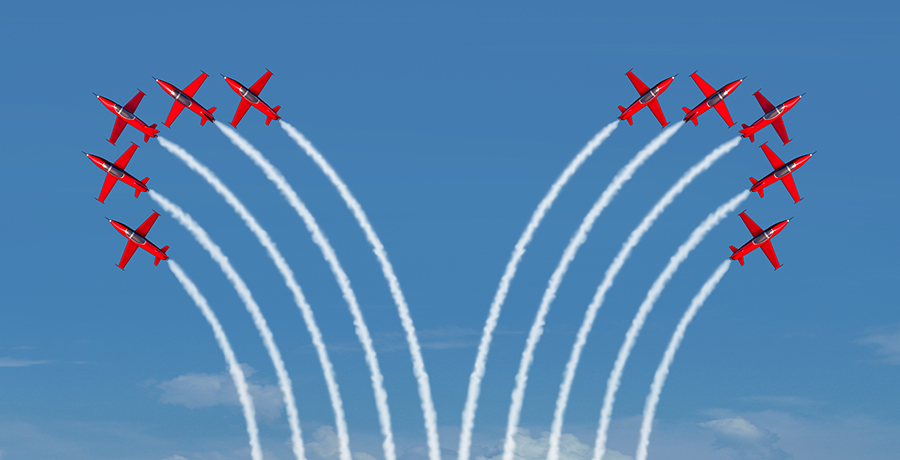 In this article, we’ll run through how forks occur, what they mean for the crypto community and how Luno approaches their integration into the Luno platform.

What is a fork in a blockchain?

Every cryptocurrency community is made up of a number of different parties, all of whom have a degree of input into how they want the network to operate, what improvements can be made, and how they should be implemented. At the same time, these parties all have different spheres of interest that inevitably impact how they believe the network should be run – whether they're miners, developers, or users.

This means it’s rarely an easy task to get them to agree. It’s never easy getting everyone on the same page anyway, and when a group of people is spread across the globe and don’t know each other, it’s even harder.

When these parties do disagree about a change, whether that be the entire problem being solved or simply the solution, developers can fork from the current software branch and bring a new version into existence, which will operate by a new set of rules. Essentially, the chain duplicates and splits, and the two communities go their separate ways in implementing their design solution.

Seems simple, right? It might be a rudimentary technical task, but things stall when it comes to branding, distribution, trust, security, improvements and acceptance.

There are two types of forks: hard forks and soft forks.

A hard fork is characterised by the new fork becoming incompatible with older versions of the software, meaning the change is irreversible.

This is what we saw with Bitcoin and Bitcoin Cash in 2017. In that instance, if you had one bitcoin before the fork, you’d have one bitcoin and one newly created coin after the fork.

Hard forks typically involve major changes to a network's protocol that renders previously invalid blocks and transactions valid, or vice-versa. In a hard fork, all nodes or users must upgrade to the latest version of the protocol software.

Conversely, a soft fork occurs when the community unanimously decides to make updates to the software. In these cases, the upgrade is backwards compatible. Bitcoin’s SegWit update is one such example; when SegWit went live, a new class of addresses was created, but those using older addresses weren’t affected by the addition.

At Luno, our biggest priority is ensuring our customers’ money is safe, and typically, forks come with security risks.

Additionally, we have a vision (and responsibility) to make it safe and easy for our customers to interact with the various cryptocurrencies we offer. Many fork proposals don’t add significant value, and instead, add complexity and confusion to the market.

Supporting a fork is similar to supporting a new coin; it requires a lot of engineering resources that could be put to better use to build on what we already offer.

In the case that a fork ends up becoming a top-tier coin, which is what we look at when considering new coins, we’d assess the possibility of adding it relative to the value it would bring the majority of our customers.

There are thousands of altcoins out there, many of which mirror proposed bitcoin forks. We’re constantly evaluating adding new coins to our platform – find out more about how we assess new coins in this blog.