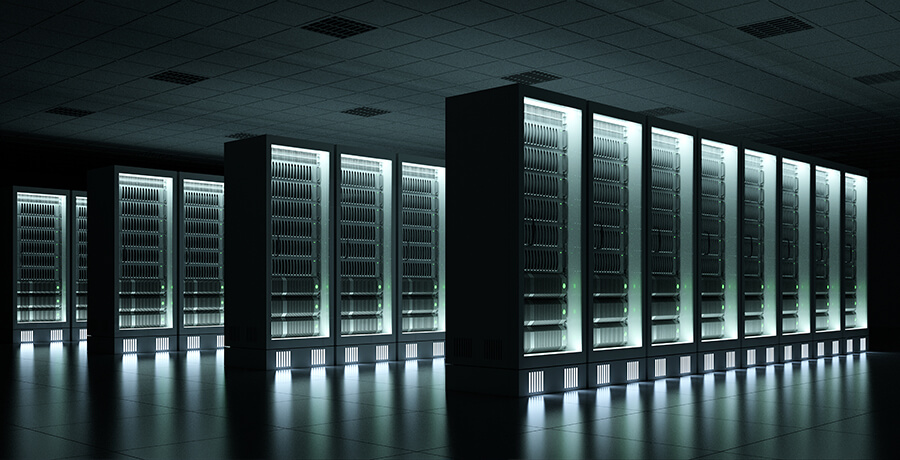 Luno loves data. In fact, using data in our decision-making processes is one of our Moontality values. Most engineering projects must first be motivated using data and are not concluded until the project’s impact on the data is measured.

Until the end of 2017, we were able to analyse customer activity using a read replica of our RDS MySQL master database. Early in 2018, we realised that this solution wasn’t scaleable: One database was no longer sufficient for storing all our data, and scaling the RDS MySQL databases or querying across multiple databases would be too cumbersome. We needed a solution that would enable us to aggregate data from disparate sources and analyse it quickly.

We decided to establish a data lake. Luno is hosted entirely in AWS, so our plan was to use S3 buckets to store and catalogue the raw data that our various microservices generated. How data got into S3 would depend on the particular service. Our first data source was Messenger, an internal service that sends emails, SMSs and push notifications. In 2017, we refactored Messenger to write messages to S3 instead of MySQL in order to reduce load on our databases. This made it a natural point around which to build the rest of the data lake.

But, moving messages out of MySQL and into S3 presented a problem: How could we have visibility into what messages were being sent to which customers? We couldn’t search every file in the messages S3 bucket every time we needed to ask this question.

However, we knew this wouldn’t scale. Indexing messages for another query would require another duplicate of each message, and not all the queries we needed to run could be optimised in this way.

Another consideration was that the messages we were storing in S3 were serialised protobuf blobs. Luno uses gRPC for all inter-service RPC calls. We like it because it makes the contract between client and server explicit: Protobuf definition files define the RPC calls that a server exposes, as well as the request and response types. This is especially useful if the client and server are written in different languages.

When we refactored Messenger, we decided to write the message request protobuf to S3 exactly as it was received from the client. This simplified Messenger’s architecture, but meant that we couldn’t use tools such as Amazon Athena to query messages without first converting the protobuf blobs to CSV or JSON.

We needed to perform ad hoc queries on the data in the data lake but we didn’t want to put restrictions on the format of the data. We needed a data warehouse.

Redshift is AWS’s data warehouse solution. It was the natural choice for aggregating data from different data sources into one RDBMS: We could ingest as much data as we needed to from our data lake while still being able to perform ad hoc queries using SQL.

The last thing we needed was a way to migrate data from the data lake into our Redshift data warehouse. We needed to build an ETL tool that would be aware of the data formats in our data lake, and would be able to transform that data into Redshift SQL tables for analysis.

Librarian is the ETL service we built to bridge our S3 data lake and our Redshift data warehouse. Its purpose is to read raw, unindexed data from the data lake, apply various transformations to the data, and then write the data to our data warehouse. The service defines a pipeline per data set, which specifies the data source (e.g. an S3 bucket), the data format (e.g. protobuf), a transform (e.g. hash email address), and the output (e.g. Redshift):

The input reads raw bytes from the data source. For S3, the pipeline remembers the last object key that was read and polls S3 periodically to check if there are any new keys since the last successfully processed one.

Librarian’s pipeline inputs poll S3 in a loop. When a new object is found, its key and the pipeline name are pushed into an SQS queue. Workers read keys from the queue and run the corresponding pipeline on that object.

We discovered shortly after deploying Librarian that Redshift doesn’t like multiple open transactions writing to the same resources. We therefore use a distributed mutex to ensure that two workers don’t work on the same pipeline simultaneously. 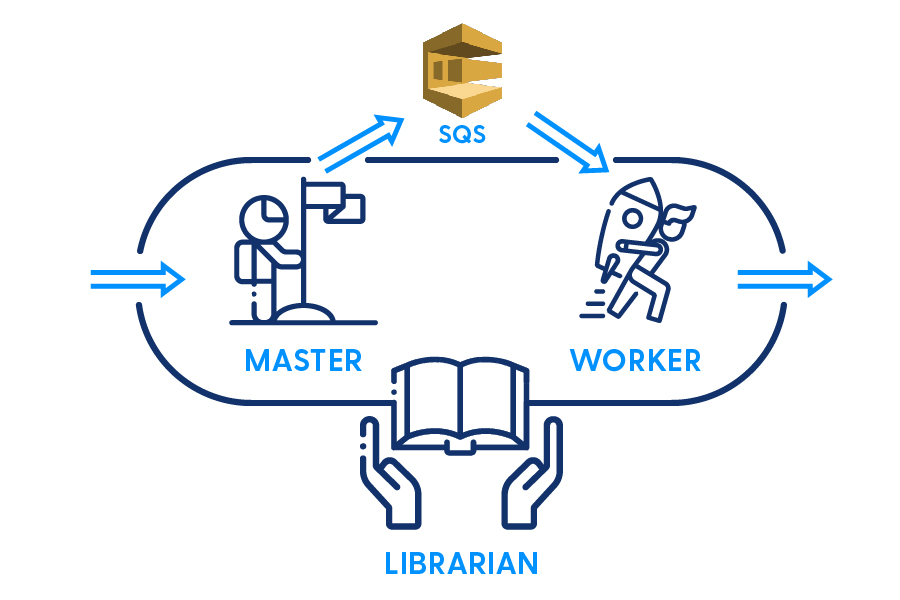 Librarian’s architecture is distributed. It needs to read from S3, write to Redshift and also track the last successfully processed S3 object in MySQL. In order to be resilient against unexpected errors, all Librarian operations are idempotent. This means that if an error occurs while processing a particular S3 object, the same S3 object can be reprocessed without any negative side effects. 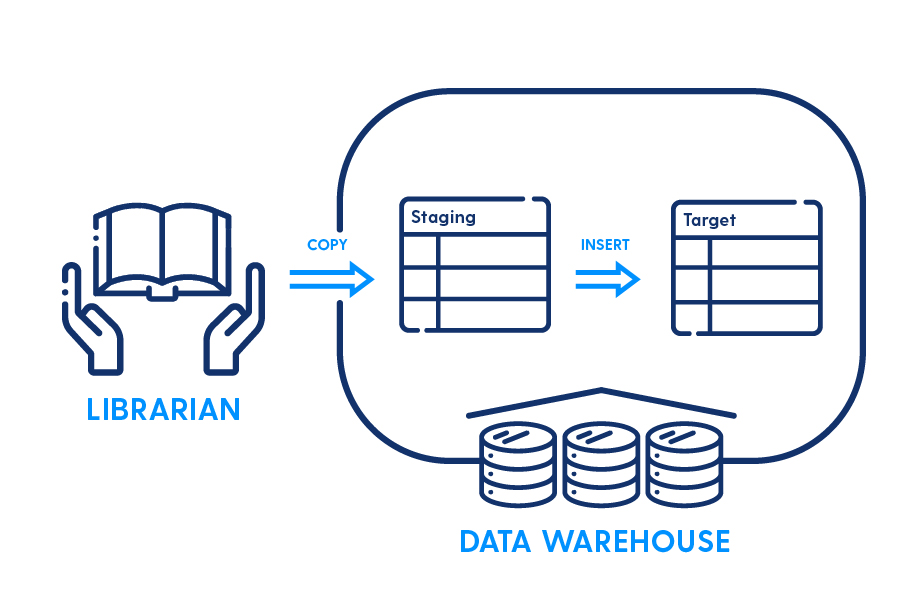 We made a conscious decision to use Librarian for immutable data sets. Mutable data sets must either be imported into Redshift using a different system or must be made mutable by, for example, writing immutable records to the data lake corresponding to the individual mutations.

Librarian has proven to be a reliable way to perform ETL on our data lake and make data from different sources available for ad hoc queries. We’re able to analyse messages using Redshift, despite the fact that they’re stored as binary protobuf blobs in S3. We’re in the process of rolling out more pipelines, including some that will securely onboard data from external partners into the Luno data lake. The generic definition of pipelines in Librarian allows us to do so: different inputs, transforms and outputs can be plugged together to suit particular use cases. For example, we’re able to combine an input that polls a third-party REST API with the same output that writes to Redshift.

Would you like to work on Librarian? We’re hiring across our engineering teams in London, Cape Town and Johannesburg. 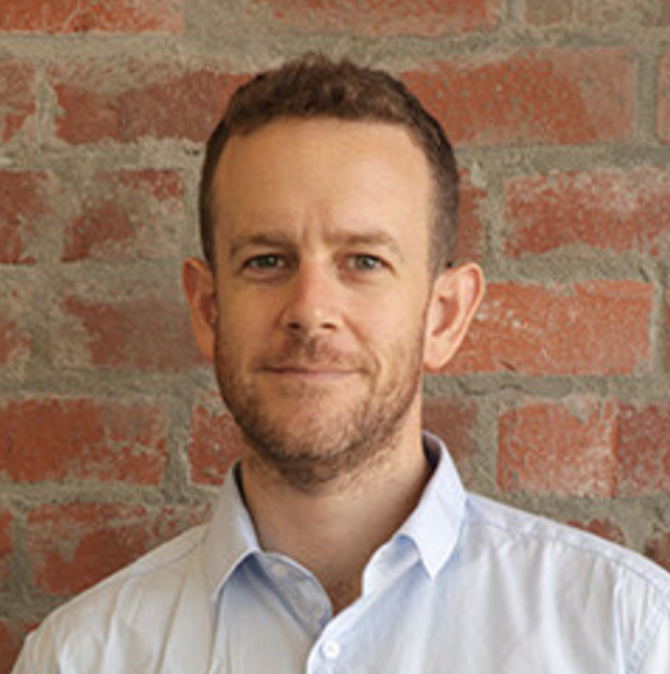 Neil is a software engineer at Luno. He holds a BSc degree in IT from the University of Cape Town. He has worked as a software developer in several sectors, including publishing, travel, marketing, social media and e-commerce at one of Africa's largest online retailers.