After over a month of testing $10k, this week saw the Bitcoin price finally return to levels last seen in February before the COVID-19 pandemic took hold – albeit briefly.

Late on Monday, 1 June, bulls burst convincingly through the psychologically-important $10k resistance barrier, with Bitcoin trading as high as $10,429. For a few glorious hours on Tuesday, it felt as if the bulls were truly on the march again. However, it was not to be, with a drop of $800 in 5 minutes meaning any gains made were short-lived.

Despite this minor setback, the Bitcoin price was still up over the week and it has still significantly outperformed the stock market in 2020. The big question now is, can bulls summon the energy for another rally? And if they do manage to overcome $10k, will they be met with weakened resistance this time around? 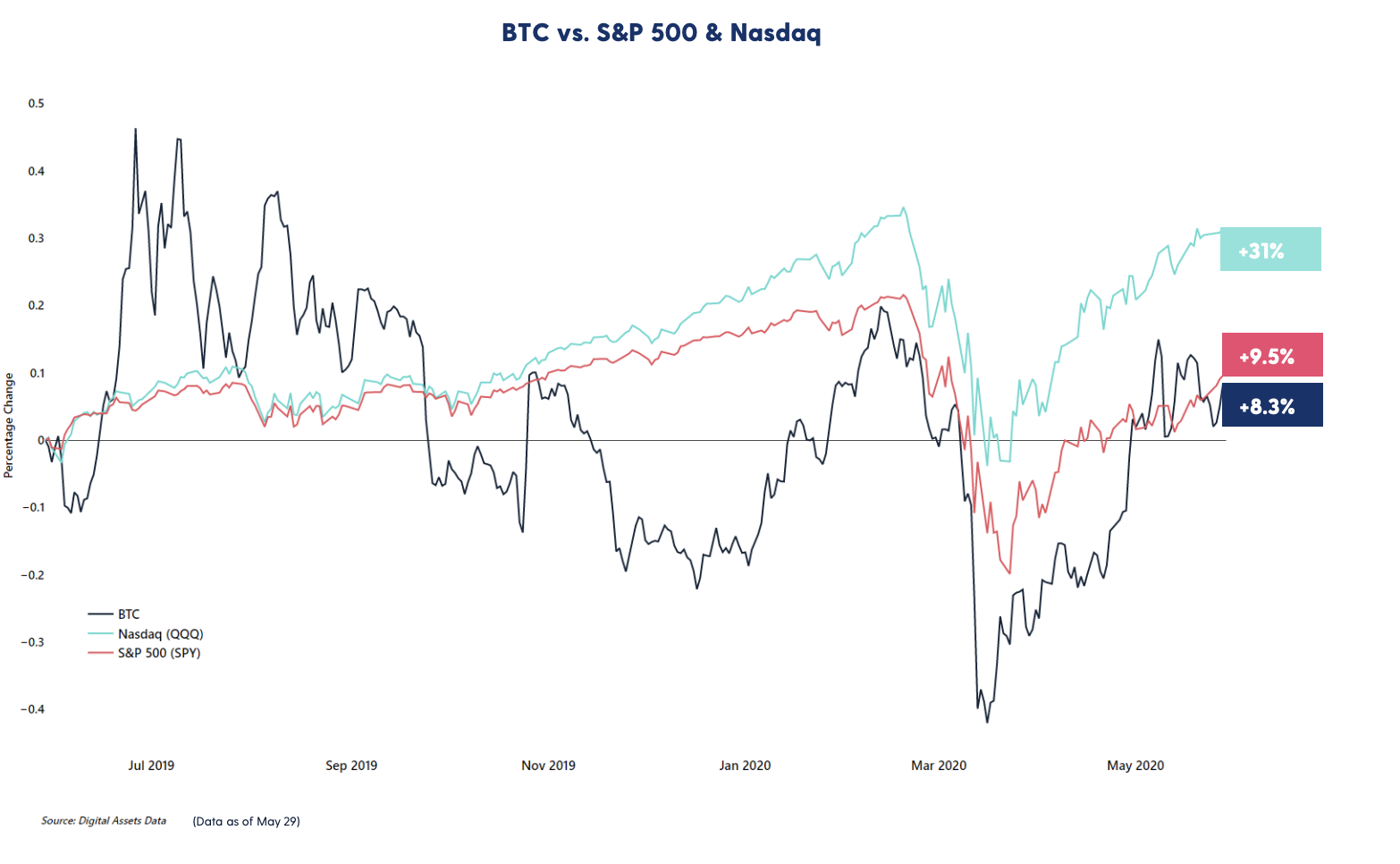 It was a relatively uneventful end to last week, with Bitcoin largely trading sideways in the $9,400 - $9,600 zone. On Monday though, the bulls rallied to finally break through the $10,000 resistance level we have been talking about for the last few weeks. The price went as high as $10,429, as a new wave of volatility greeted the end of the daily closing period for 1 June. This was, however, followed by a sharp retrace on Tuesday – hitting a low of $9,330 before returning to the previously-mentioned $9,400 - $9,600 zone.

Bitcoin has now been wobbling between $8,600 and $10,000 for over 30 days, with this week’s breakout providing only a brief respite. $10,000 is an important psychological resistance level – that it was eventually overcome in such convincing fashion could still provide a significant boost to traders seeking to capitalise on a bullish technical setup.

However, their efforts are still being undercut by low trading volumes. The 7-day average real trading volume* has been trending downwards and has looked weak ever since we started ranging in the $9,000-$10,000 area. We saw a strong bounce in volume when BTC pushed above $10,000, which could indicate a trend shift in volume again, but if there’s to be a charge past $10,500 then this trend will have to be sustained.

The Fear & Greed Index is once again increasing and the market is getting greedy. This is the third time that the sentiment is pushing up in this area since the beginning of May. Moreover, we’ve now stayed out of the “Extreme Fear” area for more than a month, signalling a more confident market overall.

The premiums for BTC futures contracts have spiked lately, as the Bitcoin price is climbing again. Both CME and retail-focused platforms are looking more bullish, with the annualised premiums for June contracts pushing well average levels since late January. However, this can quickly change. We have seen several times since the market crashed in March and traders should watch out for leveraged positions getting liquidated.

Data shows that approximately 60% of BTC’s active supply has not been used in a transaction for at least 1 year. We haven’t seen this since 2016, which ended up being the start of a strong bull run for the Bitcoin price. 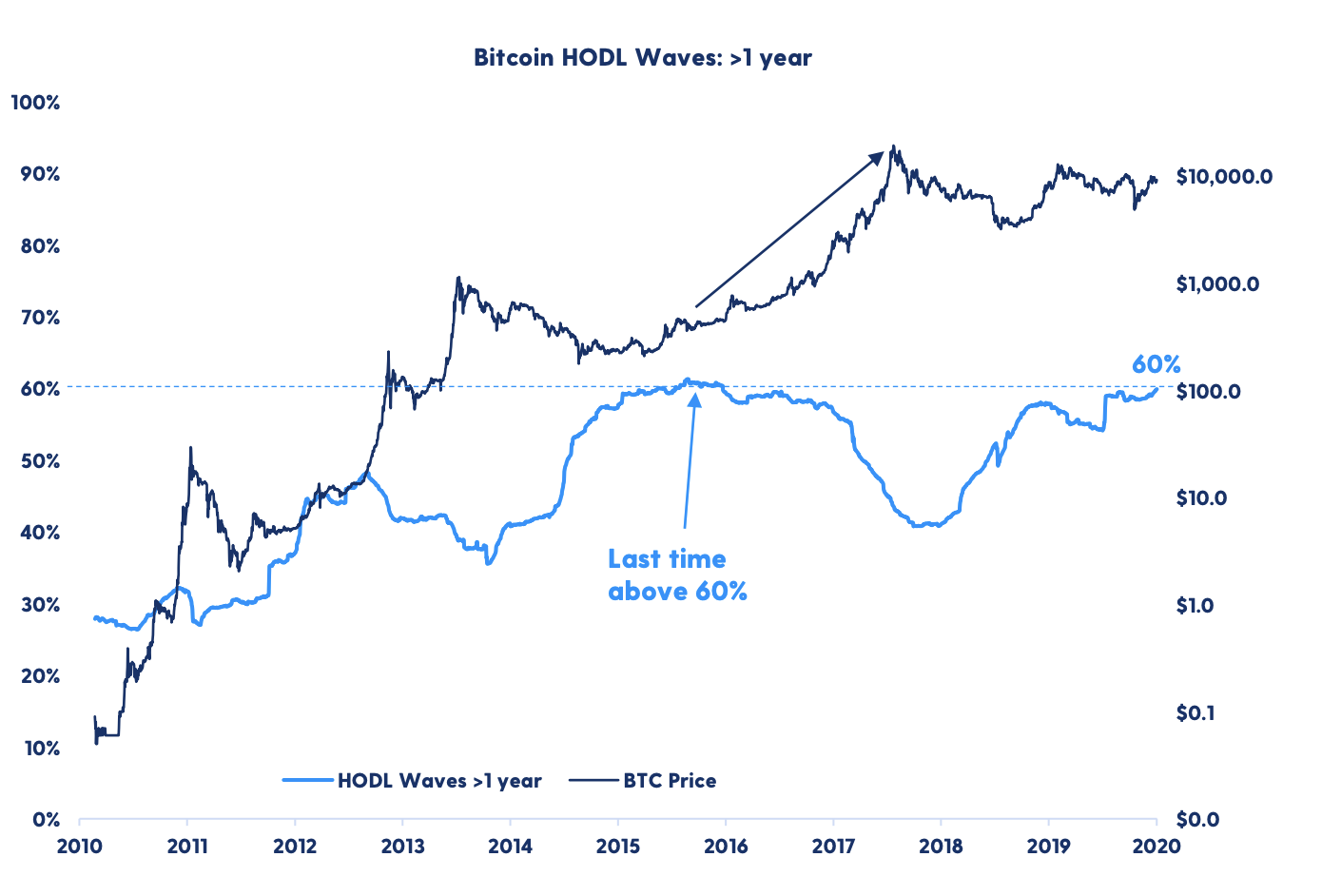 The impact of monsoon seasons on the bitcoin hashrate

The Bitcoin mining industry is vastly dominated by Chinese miners. Thus, the hashrate attributed to the Bitcoin network is prone to be influenced by seasonal effects on the Chinese energy markets. Periods of heavy rainfalls in Southwest China have historically led to a sharp rise in the hashrate attributed to the Bitcoin network. The Chinese monsoon season is imminent, which could rebalance the hashrate following the sharp fall post the Bitcoin halving. This could, all else equal, lead to a temporary increase in the rate of block generation and hence Bitcoin production and sell pressure. 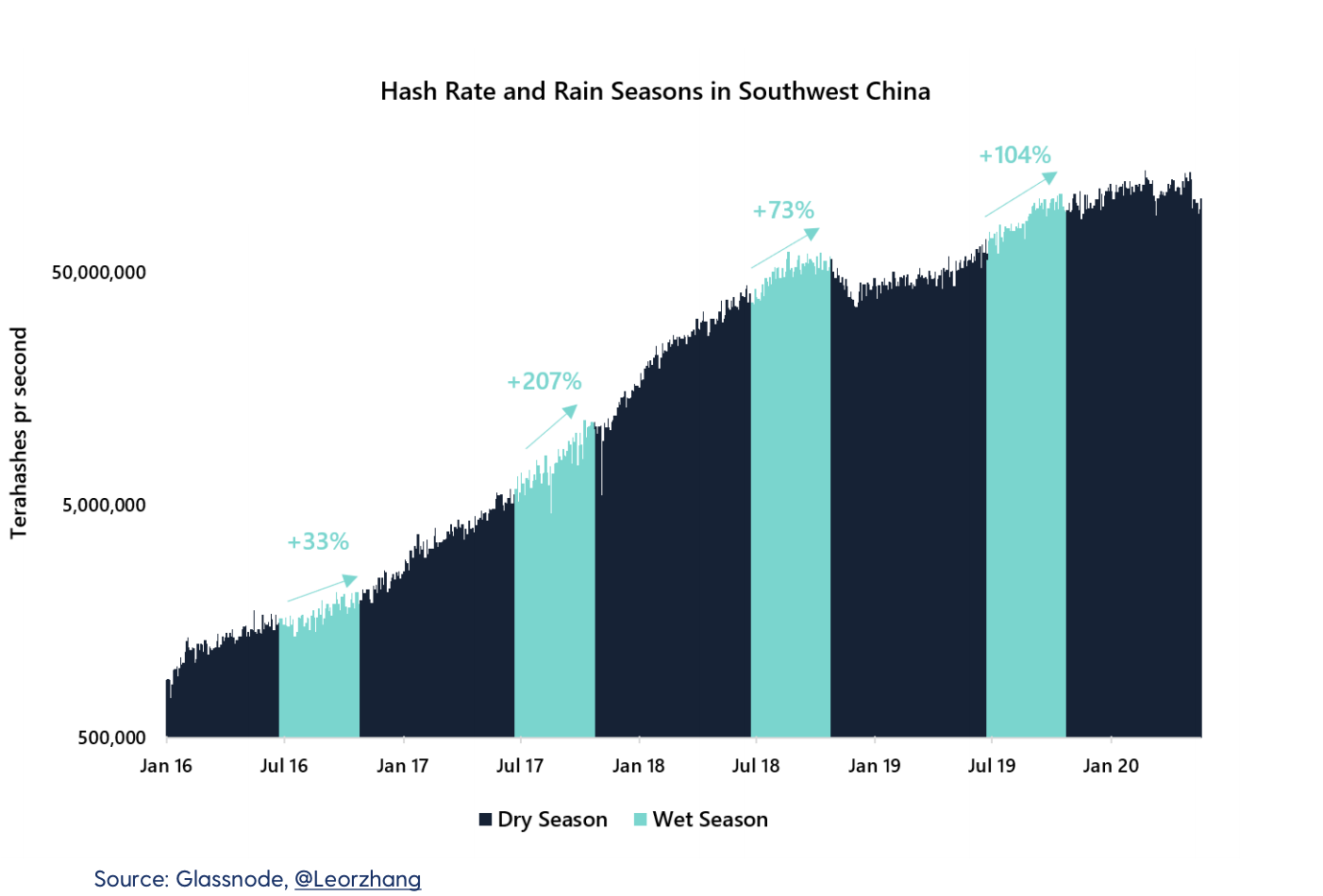