It was yet another week of sideways price action for Bitcoin, a run of low volatility that will likely be uncharted territory for those of us who are new to the space. The question now is how long can it continue? The price range for Bitcoin is getting tighter – will a large move come sooner rather than later?

The most interesting price action this week was a minor pullback for Bitcoin on Monday, which unfortunately corresponded with a drop in the stock market. This suggests that the two markets are still more correlated than we would like. In general though, it was a relatively flat week across the board, with ETH, Gold and the S&P 500 also seeing limited movement, so it’s hard to draw too many conclusions. 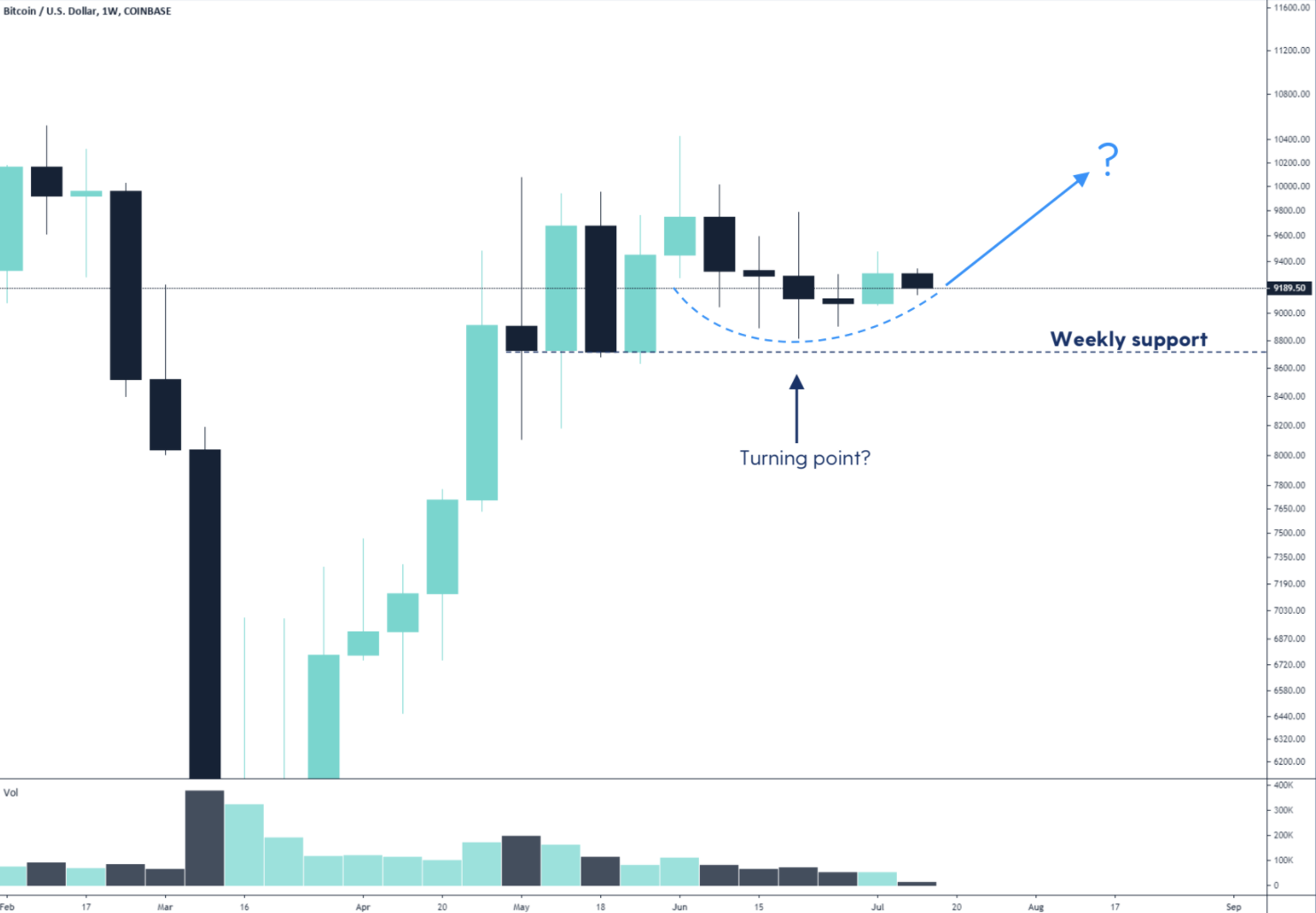 While BTC has been moving sideways for several weeks, the weekly candles could indicate a possible upcoming bullish trend. Last week closed higher than the previous two weeks, and we are starting to see higher lows for the weekly wicks. This is the opposite to most of June, where we saw lower lows for the weekly wicks. In addition, the weekly support has not been broken once. However, it’s also worth watching out for a retest of the weekly lows around $8,700, which could see another drop and indicate that the bears are back in control.

The Bitcoin hashrate dropped sharply after the halving in May, but has now climbed back up to the highs we were seeing earlier this year. The Bitcoin 7-day hashrate actually reached a new all-time high this week.

While some speculated that a loss of miners after the halving in May could lead to a “mining death spiral”, this theory has now been debunked as it’s clear that miners are still present – perhaps more than ever. 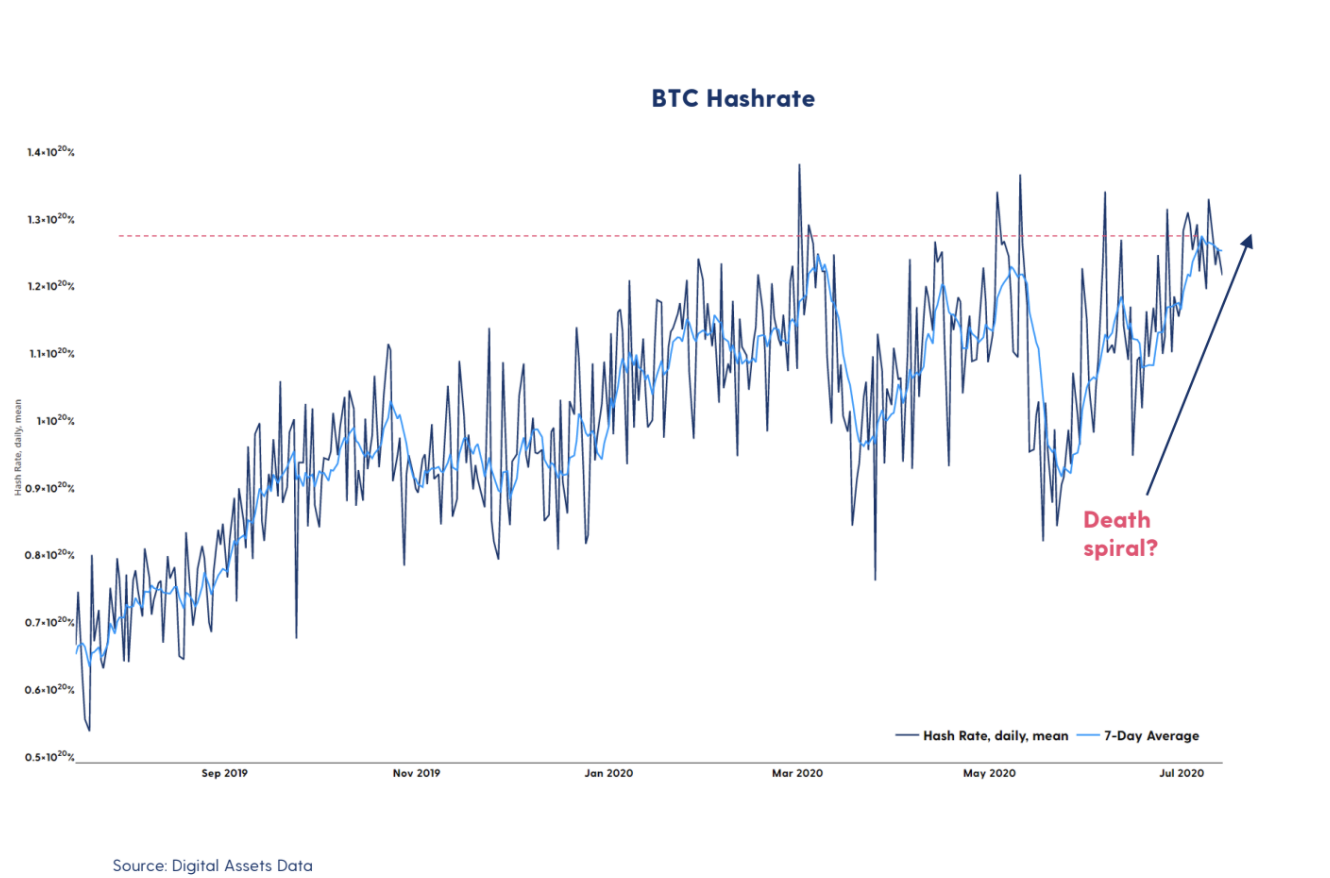 Market sentiment has not moved much over the past week, ranging below the neutral state. We would need more price action and increased trading volume to push the sentiment up in a more positive area. With the sideways price action and low volume lately, the sentiment is staying in the same area, as investors cannot decide what to think of the market right now.

The 7-day average real trading volume continues to trend downwards this week, which is a natural result of a sideways-moving market. While the overall trading volume in the crypto market is looking more stable than the Bitcoin volume, it is certainly concerning to see this steady downwards trend for the market leader.

As highlighted last week, the 30-day volatility is at yearly lows and fell even further this week. We’re currently at the lowest levels since April 2019. However, the 7-day volatility just flipped the 30-volatility. This indicates that Bitcoin’s daily moves on average have been larger over the past week than the average over the past month. Are we about to see a trend shift in volatility?