When you think about virtual reality, what springs to mind? If it’s gamers in oversized headsets swinging wildly at television sets, you’re behind the times. 2019 saw impressive growth for both the virtual and augmented reality (VR/AR) industries (collectively referred to as extended reality (XR)), in terms of market size and technological advancements. Technological breakthroughs saw XR pivot from gaming and entertainment to an array of other applications. Among the most important breakthroughs for XR has been the integration of blockchain and crypto – and they are increasingly becoming central to one another’s growth and development. 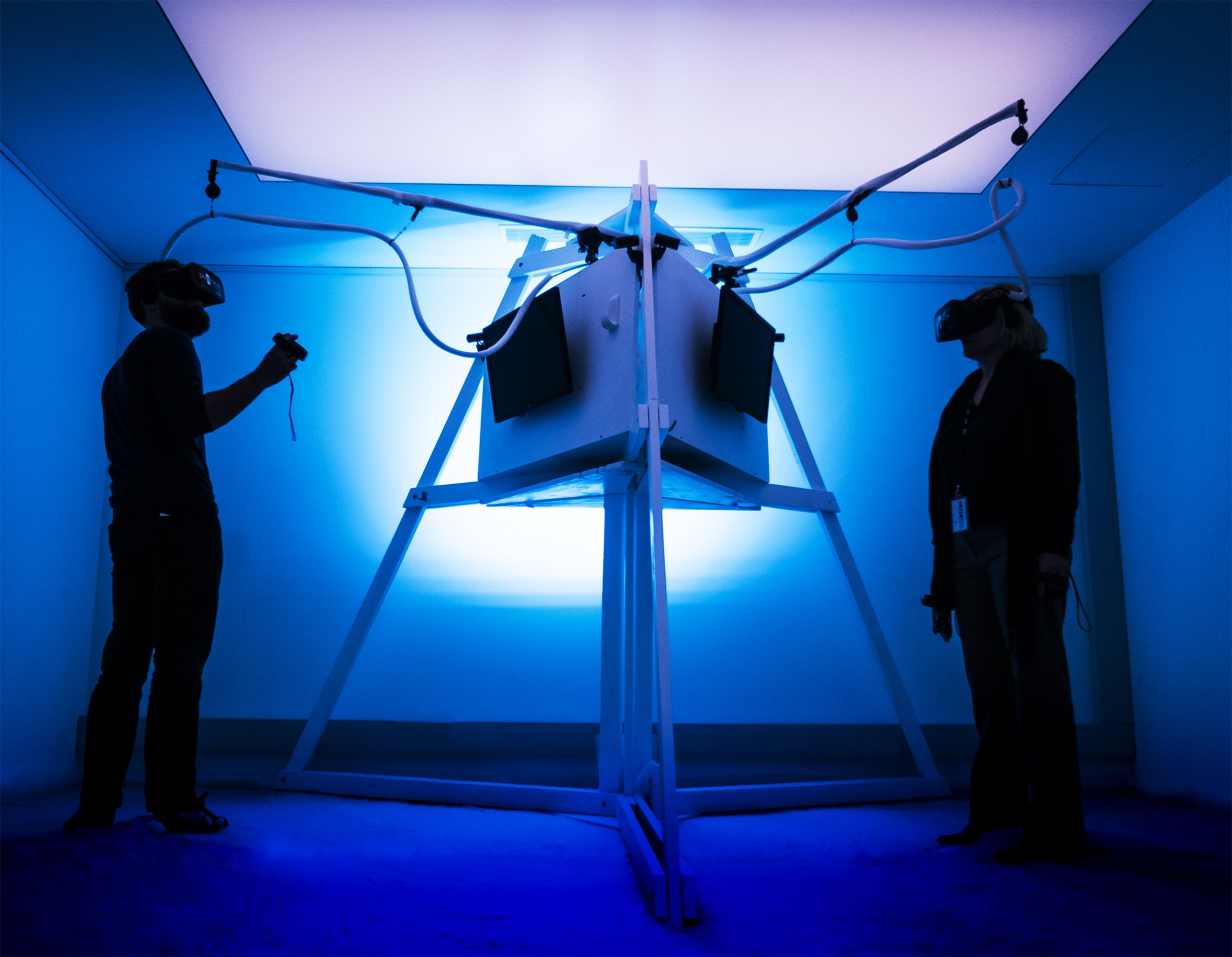 VR: To infinity and way beyond

Nascent technologies tend to follow a similar pattern in the consumer market. Global spending on all XR technology is forecast to hit $18.8 billion in 2020. Use cases and applications can reasonably be expected to extend far beyond what we’re currently seeing. This is a far cry from a technology that many had written off after several false starts.

Think about cryptocurrencies, too – in the early days, Bitcoin captured the attention of a select few, while many shrugged it off as a passing fad that only appealed to anti-conformist anarchists. Now there are around 5.8 million unique cryptocurrency wallet users across the world. You can even buy a cup of coffee with BTC at certain Starbucks stores.

This is not where the similarities between cryptocurrency and XR end – indeed, both are at similar stages in many ways. And they may have an important role to play in each other’s lives as they move forward. As Coinbase co-founder and CEO Brian Armstrong says, “Virtual reality and cryptocurrency seem like a match made in heaven; it’s a purely digital version of money for a purely digital world.”

Simon de la Rouviere, author of The Blockchain: Mapping the Decentralised Future, also believes blockchain’s mainstream success could significantly weigh upon VR. He argues that as more people are exposed to the benefits and potential applications of crypto blockchain technology in the virtual world, it seems highly likely they would expect these offerings to exist in the real world, too.

“if you can ‘earn your keep’ in Bitcoin in a virtual world, governed by incorruptible smart contracts, and it is a world you want to live in and cooperate in more than the real world, what would that do to us?” de la Rouviere explained. “I suspect we will most definitely see a new surge of people demanding exactly that reality in the real world.”

When people transact in virtual worlds it doesn’t make sense to use a currency attached to a specific country. When there are no borders, borderless currencies, like crypto, are poised to thrive. VR could help people realise the extent to which centralised authorities carry an unnecessary amount of oversight, which in turn, makes transactions and the like take much longer and more expensively.

Decentraland: Building on the blockchain

Decentraland is a great example of what de la Rouviere is talking about.

Decentraland offers users the opportunity to buy plots of virtual land in its Genesis City. According to their website, users are invited to “join a public platform controlled by its community and take a stake in the virtual world.” Decentraland’s world is built around MANA, “a blockchain-based token used for trading goods and services provided by the users.”

The game also boasts a fully decentralised marketplace in which users can buy, sell and manage their LAND. The ability to develop and monetise is vast; by purchasing adjacent plots users can launch larger businesses and increase revenue.

When using MANA to purchase land and other items, transactions require no central authority to broker the deal. This is because it’s done using cryptocurrency, allowing users to receive 100% of the compensation generated, without third parties taking a cut. This quality has already attracted many to cryptocurrency, so it makes sense that seeing it applied in its purest form in the virtual world, proving that it works, would convince even more of its benefits.

Another example of an innovative VR-centric experience that uses crypto is CEEK, which offers users the opportunity to watch concerts, sport games or drama performances in its virtual venues located in a specially-designed digital city.

The company initially began as a manufacturer of VR headsets, before branching out into virtual experiences. CEEK doesn’t develop its own original content, nor offers users the chance to create custom-made experiences. Instead, they partner with record labels, sports teams and theatre companies to broadcast events.

CEEK is built on top of the Ethereum blockchain. It uses blockchain technology to implement instant, global, and secure distribution of all its content, and media. Coinswitch explains that: “Creators can publish their digital content on the blockchain: videos, graphic art, autographs, etc. which can then be purchased by others using CEEK tokens. The purchases will be irrefutable, permanent, and secure, as they will be recorded in the CEEK VR blockchain once they occur. This provides a new and improved way for content creators to distribute their work globally, without hassle and in a secure, trustless, and unbiased manner.”

The XR industry also has a lot to gain from crypto as it continues to grow and mature – particularly when it comes to ownership rights.

Ownership rights is already a major issue in the gaming and film industries. Tanvir Zafar notes on Hacker Noon that, “VR can be a rich source of monetisation – but how can experience creators be sure that the revenue goes to them?” But there’s a pretty simple and seamless solution: blockchain technology.

One of blockchain’s most widely-touted applications is its use as a mechanism to establish who holds the rights to an asset and concurrently track its usage. It can track watermarks attached to content that cannot be duplicated, helping to prevent piracy, similarly to what is already being done in the film industry.

Describing the use of blockchain to prevent video piracy, Chris Richardson, Linius CEO, explains that. “With virtual video embedded within each block of the blockchain, smart contracts can be used to control the transactions associated with video files. For the first time, content owners – such as movie studios – can have complete control and visibility over video distribution and access. Video assets and viewers can be validated prior to playing the video, eliminating improper play out of the video.”

There is no reason that the same technology could not work in virtual reality. Piracy disincentivises both the VR content creators and developers and could prevent it from reaching its full potential – stopping it is of paramount importance.

Looking to the future

All it takes is exposure to something new, better and more efficient to encourage change in the way processes are performed. A virtual world is the natural environment for a virtual currency. It is also the perfect showroom for its use in the real world, and as both grow in adoption, it seems highly likely that they could cement a symbiotic relationship whereby each pushes the other forward.

Today, there are many fascinating VR projects out there, capitalising on blockchain technology to allow users seamless experiences when interacting on their platforms. As mass adoption for XR technology continues to rise, could the crypto industry expect to see an adoption increase too?