It might have been a four day week for many countries across the world, but you wouldn’t know it given the wealth of big news. Libra’s got a brand new bag, China’s digital Yuan looks like it’s finally really to be unleashed, and could immunity passports get us out of this crisis? Read on.

In a series of tweets on Thursday morning, David Marcus, co-creator and a board member of Libra and head of Facebook digital wallet subsidiary Calibra, said that Libra now plans to offer stable coins backed by just one nation’s currency, in addition to its coins backed by multiple currencies. That means some coins offered by the group would serve as the equivalent value of a US dollar or a Euro, for example.

Excited with the progress of @Libra_ in the last 9 months. I keep on thinking about all the people and small businesses that could benefit from the Libra Network already being operational — especially now during these times of unprecedented hardship. 1/8

Libra will also implement measures to combat money laundering, to avoid financing terrorism, and to enforce national financial sanctions. Marcus further added that the Libra Association is now member-funded, with less than 10% of funding coming from Facebook – a boon for sceptics?

It’s still unclear if Libra’s changes will be enough to convince regulators and policymakers of their good intentions, but commentators have noted the moves represent a significant watering down in ambitions from trying to be the new Bitcoin to what is essentially a standard digital payments services similar to PayPal.

There were reports this week that China has begun testing its digital Yuan.

Screenshots were released of first mobile wallets that are enabled to work with the digital Yuan—known officially as a digital currency/electronic payment (DC/EP)—which was described as having already entered the advanced testing phase in four Tier 1 and Tier 2 cities: Shenzhen, Xiong’an, Chengdu, and Suzhou. 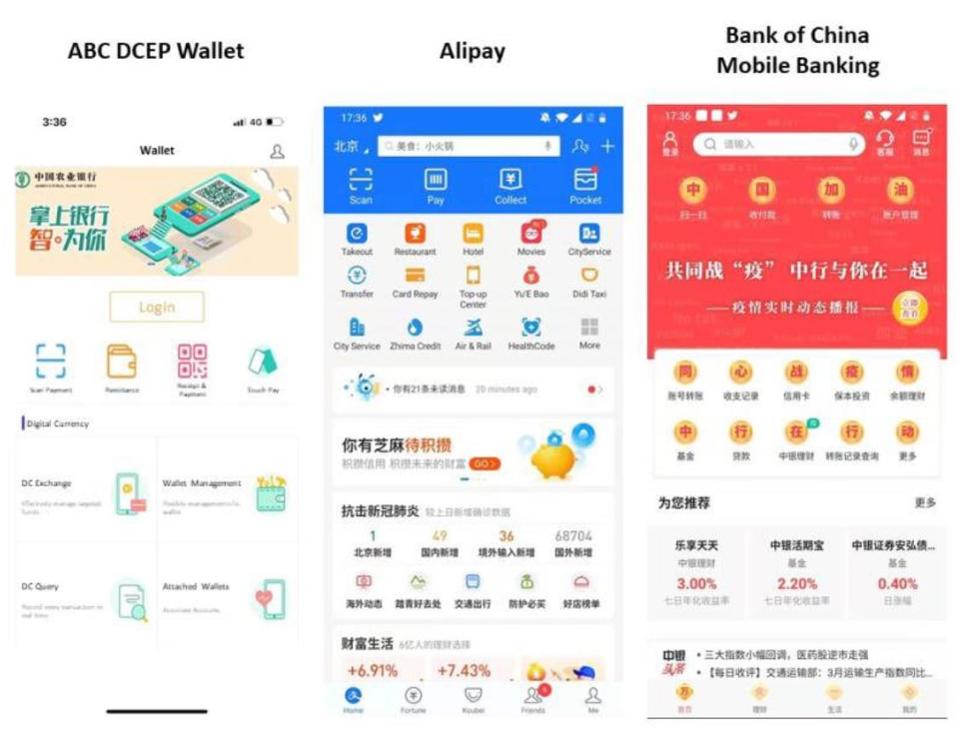 Local news outlet China Star market said that the DCEP will first be tested on government workers, replacing half of state employees' transportation allowances. Is this the beginning?

Could blockchain ‘Immunity Passports’ get the world back to work?

Oracle has joined the slew of tech companies working on a so-called immunity passport built on blockchain.

They have partnered with Vottun, a company specialising in the certification and traceability of data on the blockchain, to release a digital credentials system that could enable employees currently in lockdown to go back to work.

Rohan Hall, Chief Executive Officer (CEO) at Vottun, told Cointelegraph the passport “can be verified at any time using cryptography by any mobile phone that can read a QR code”. Credentials “are securely stored” and “immutable” and the system is as simple as using a mobile boarding pass for a flight.

Hall added that the passport offers a way for the government to reopen the economy: “Until individuals’ status can be easily verified it will be difficult to open up our economy for business again. Since we do not know when there will be a cure we will need practical and trusted solutions like our Immunity Passports to navigate society with some sense of trust and confidence. Vottun's Passports and our contact tracing will open the doors again to as normal a life as possible in such difficult times.”

South Africa’s financial regulators have recommended that cryptocurrency “remain without legal tender status”, in a roadmap outlining what could become the nation's first comprehensive crypto laws.

“Crypto assets and the various activities associated with this innovation can no longer remain outside of the regulatory perimeter,” said the IFWG, whose members include the South African Reserve Bank, the Financial Sector Conduct Authority and the National Treasury, among others. “Clear policy stances” must be formed.

In the first quarter of 2020, Grayscale raised $503.7 million across its family of products, according to its quarterly report. The numbers have been taken as a potential sign that at least some corners of the investment community have looked to crypto during a tumultuous market period.

The $2.2 billion asset manager also reported inflows surpassed $1 billion over a 12-month period, the company's first billion-dollar year. The majority of demand came from institutional investors, who made up 88% of total investments in the quarter.

Akon, the rapper-turned-crypto entrepreneur who’s building an entire ‘sustainable eco-tourism smart city’ in Senegal, has announced that yet another African city will run on his cryptocurrency, Akoin.

Akoin has secured a deal to become the main currency of the Mwale Medical and Technology City (MMTC) – a $2 billion technology city in Western Kenya that’s home to over 35,000 people and thousands of businesses, all of which will be using Akoin.

Akoin, which is based on the Stellar blockchain, is currently in beta and will launch later this year. Akon, real name Aliaume Damala Badara Akon Thiam, told journalists from his residence in Atlanta that his aspiration is for Akoin to be “the future currency for the continent and all the developing countries around the world.”