As interest in Bitcoin grows, more people are being introduced to cryptocurrencies each day. This is exciting, but there are still common misconceptions and myths surrounding this new financial system: 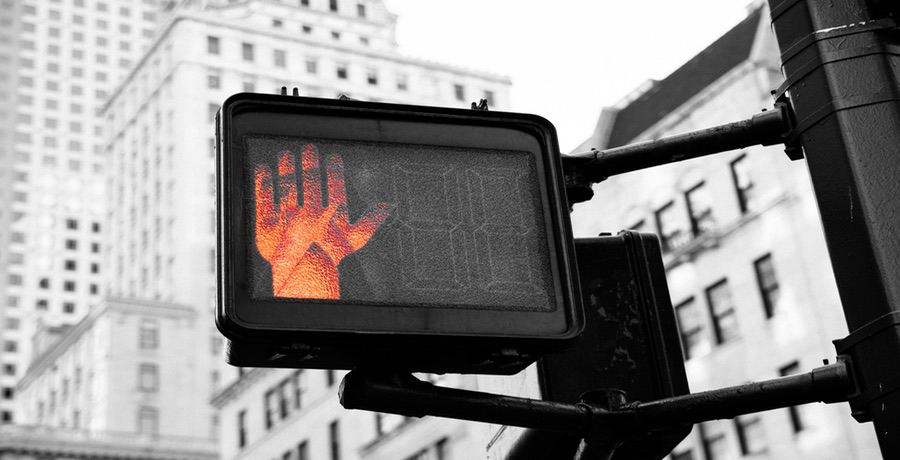 You have to buy a whole Bitcoin

Truth: No, you don't have to buy a whole Bitcoin. You can buy smaller units.

With the price of Bitcoin reaching $20,000 late last year, it can feel expensive to get started. With so much emphasis placed on the value of one Bitcoin across the industry, it's understandable how newcomers often mistakenly assume they need to afford an entire Bitcoin in order to participate.

But the amount of Bitcoin you buy, measured as a percentage of a whole coin or multiple coins, is arbitrary.

Like that of pizza, you can buy one slice or two, or a pizza as a whole, depending on your appetite.

Similarly, all local currencies break down into parts (e.g. cents or pence), Bitcoin breaks down into smaller units all the way to eight decimal places: 0.00000001 BTC. The smallest possible fraction is known as a ‘satoshi’, after the creator of Bitcoin. There are 100,000,000 (one hundred million) satoshis in a Bitcoin.

Small investments can be a sensible approach to investing in cryptocurrency. Before you start, it's important to learn how the technology works and become more comfortable with it. You should never invest more than you can afford to lose.

Truth: Contrary to popular belief, Bitcoin is not anonymous

It’s pseudo-anonymous. This means that all transactions are recorded on the public blockchain, along with the addresses of the wallets involved. Although no identifying personal details are included on the blockchain ledger, if you figure out who owns a particular wallet, you then know they were responsible for all transactions from that address.

So is Bitcoin used by criminals?

Law enforcement is getting better at tracing transactions and figuring out who an address belongs to. So Bitcoin is a terrible choice for carrying out anything illegal. If you’re caught, your entire history is available.

People have always found a way to carry out illegal activities, long before Bitcoin existed. Maybe they always will. In any case, it’s far easier to trace than cash. Bitcoin now has numerous legitimate uses and its use by criminals has shrunk dramatically.

Bitcoin has no intrinsic value, so it’s not a currency

Truth: The same statement can be applied to any currency.

If we all stopped believing in the pound (or the dollar or euro or any other currency), it would cease to have any value.

Value is in our minds.

If you were dying of dehydration, you would value a bottle of water more highly than a diamond — even though water is otherwise free (or close to free.) A toddler would choose a box of Lego over a cheque for a million dollars because for them a fun plastic toy has a far greater value than a piece of paper.

This misconception is related to Bitcoin’s volatility

Most local currencies also change in value, but this is spread over several decades and is not noticeable day to day.

By contrast, Bitcoin has witnessed huge price swings in a matter of days or even hours. This can make it seem less like a currency.

But local currencies can also be volatile

Hyperinflation can also affect people’s life savings, sometimes even destroying a currency and a country's economy along with it.

So although the volatility of Bitcoin has yet to even out, that doesn’t stop it being a currency.

Typically, a currency is classed as a currency when it is a scarce and divisible medium of exchange.

Bitcoin has been (or will be) hacked — it’s not safe

Truth: Bitcoin itself has never been hacked and probably never will be.

Some exchanges, wallet providers and other cryptocurrency related companies have had their security compromised. Most, if not all, of these hacks, have been the result of preventable security lapses. Luno has never been hacked because we take security seriously.

As with any new technology, it has taken time for everyone to figure out the best options for security and to learn from mistakes.

A reputable wallet provider will take every possible step to meet the highest security standards and prevent hacks, in addition to looking after your private keys.

For example, you should turn on 2-factor authentication and use strong passwords. The same precautions apply to any other store of value, and there are always going to be risks. Bitcoin has some security advantages, provided you make use of them.

[Insert new altcoin] will be ‘the next Bitcoin’

You may have heard a new cryptocurrency often referred to as an 'altcoin' described as ‘the next Bitcoin’. What does this mean?

It usually implies that the altcoin will reach the same high value as Bitcoin or that it's somehow better than Bitcoin and will become more popular. A common phrase that misses the mark.

For a start, most alternative cryptocurrencies are not intended for the same use as Bitcoin

Ethereum, for example, serves a different purpose and wasn’t designed to be a currency (although it has come to be used for that.) Many alternative cryptocurrencies represent a new technology or platform. As the name suggests, they are alternatives, not replacements.

Some are just a tweaked version of Bitcoin, designed for the same purpose. These are at a disadvantage when it comes to mass adoption because many people know about Bitcoin, there’s plenty of technology to suit it, and many people are familiar with it.

However for altcoins to show value they need to have:

Luno believes one cryptocurrency will play a dominant role as we move towards a better financial system. For now, Bitcoin is the best option because of its powerful network effects.

Bitcoin adds a new layer of value to existing systems – similar to how we still have regular postal mail and fixed-line telephones even though we have Facebook, Skype and Gmail.

Other currencies will probably play a different, more focused role and people may use Bitcoin to store or switch between these other currencies. Something like a global reserve currency, not unlike the US dollar in the current financial system.

Truth: Regulation might help increase the adoption of Bitcoin.

The world is still much divided about the classification of Bitcoin and cryptocurrencies. The implications of decentralisation have led to many debates around the globe on how it could and should be regulated.

As it is still considered to be very much 'up in the air', many are unsure of the fate of Bitcoin.

Let's not forget: Bitcoin is not controlled by any single person, group, or country. This means it can’t be shut down.

However, it's important to realise that the regulation of cryptocurrencies is not a death knell. Even if one country decides to ban the use of it, it won’t stop the rest of the world from continuing. It would also be virtually impossible for regulators to monitor every person in a country at all times, especially with privacy measures in place. Cost alone would be prohibitive.

Unless there was a coordinated effort by every country in the world regulation is not a serious threat. Even then, this is unlikely considering how many governments have responded positively and encouraged Bitcoin.

We have seen many times throughout history (e.g. Prohibition era America) that attempting to ban something tends to increase crime and make people more, not less, interested in it. We’ve also seen that a total lack of regulation can be equally problematic.

If anything, regulation will benefit the community. Some countries have been and may be in the future, cautious with it. Others have yet to put in place any regulation or don’t have sufficient measures in place to protect users.