Where did Bitcoin come from? Who created it and why? What is its purpose? Could one person have created it? These are common questions within the cryptocurrency community. 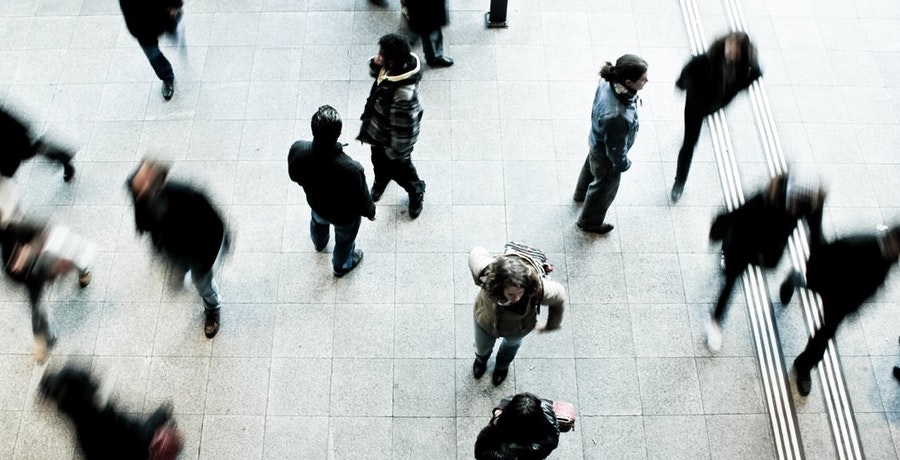 In our last post, we looked at the origins of Bitcoin. Today we’re examining what we know about its mysterious creator and some of the prime suspects. We’ll refer to Satoshi Nakamoto as an individual, although they may be a group. Either way, someone must have been the one to first propose the idea or to kick off the project.

What do we know about Satoshi?

Satoshi Nakamoto, the anonymous creator of Bitcoin, never shared much information about themselves. On their online profiles they claimed to be a Japanese man born in 1975. Even if that were true, it doesn’t narrow down the pool of suspects.

Then there’s the writing itself. Nakamoto used British English and the syntax and grammar of a native speaker. None of their writing, including labelling on the code, is in Japanese. For example, this extract from the original email to the cryptographic mailing list:

‘I made the proof-of-work difficulty ridiculously easy to start with, so for a little while in the beginning a typical PC will be able to generate coins in just a few hours. It'll get a lot harder when competition makes the automatic adjustment drive up the difficulty.’

Plus there’s that reference to The Times newspaper which is British. But Nakamoto also used American English at times.

And what about that listed birth date of April 5 1975? This may be a hint to Nakamoto’s political views. On April 5 1933, Franklin D. Roosevelt signed an order banning gold ownership. Any individual caught faced up to 10 years imprisonment. Then, in 1975, the US government overturned that order and everyone could own gold again. Seeing as the birth date may be fake like the name, this could be an interesting easter egg.

Out of thin air?

Before the Bitcoin white paper, no one in the cryptography community knew of a Nakamoto. None of the people involved in the project’s early days knew their identity, met them, or spoke on the phone. Their appearance from nowhere is especially mysterious. It would have taken years to build up the knowledge and skills. Nakamoto solved a problem cryptographers struggled with for years.

This led to speculation that Nakamoto is a known figure. Nick Szabo, cryptographer and creator of Bitcoin precursor Bit Gold, is one contenders. Szabo grappled with many of the problems Nakamoto went on to solve. He has in-depth relevant knowledge, it’s a logical theory. Szabo denied any involvement.

Computer scientist Craig Wright is another possibility. Wright even claims to be Nakamoto. He has a background in security, technology and finance. However, a lack of evidence, and controversy surrounding the proof Wright produced, means his claim to the Bitcoin throne has been described as a hoax.

This said, it’s possible that both Szabo and Wright were involved in the creation of Bitcoin. The extent of their involvement remains in question.

The theories don’t end there. Over the years, there have been some more offbeat suggestions.

‘Satoshi Nakamoto’ could be an amalgamation of the names of four technology companies:

Could Bitcoin be a collaborative effort? If so, why and what’s the end game? And why haven’t these companies collaborated on any other projects?

Another suggestion is that Bitcoin might be the work of the CIA, or a similar government agency. The name ‘Satoshi Nakamoto’ translates to ‘central intelligence.’

According to this theory, Nakamoto’s ability to remain anonymous indicates intelligence training. But if the source is secret, why make the name a clue? And once again, what’s the motivation and the goal?

Then we move into the realm of even wilder theories. In a Medium post, Sahil Gupta linked Bitcoin to Tesla and SpaceX founder Elon Musk. Gupta cited his relevant technical knowledge and ability to master new fields. Musk denies any involvement. Another theory suggests Nakamoto is in fact an advanced artificial intelligence (AI.) ‘Aliens did it’ is a staple conspiracy theory. It’s suggested that Bitcoin is the brainchild of extraterrestrial beings. Time travel and Biblical prophecies have even appeared into the mix.

Those involved in the early days remarked on the brilliance of Nakamoto’s ability. But they've also said it was unconventional. Jeff Garzik, one of the early developers of Bitcoin, explained to CoinDesk:

"Satoshi was a fantastic designer and architect. He spent a couple of years thinking about the system, and then according to what he said, he had to write the system to prove to himself that it would work...He was the oracle to which we would go for questions about the system, but he rarely followed standard engineering practices, like writing unit or stress tests or any of the standard qualitative analysis that we'd perform on software. Several things had to be disabled almost immediately upon public release of Bitcoin because they were obviously exploitable.”

There’s also the question of motivation. What would drive someone to create Bitcoin? It doesn’t seem to have been for financial gain. Nakamoto mined around one million Bitcoin for themselves. This fortune is worth billions. Yet, aside from early test transactions, they haven’t touched it.

While we don’t have the answers, we do have a lot of questions. And we’re sure you do too. But the ambiguity of Nakamoto’s identity means the answers we favour often say more about us than about Bitcoin. Aliens, AI, government agencies, technology companies - Nakamoto is a blank canvas.

In our next post, we’ll examine the motivations behind Nakamoto’s choice to remain anonymous.