Will the bitcoin price ever stop going up? Not only did the bitcoin price hit $17,000 yesterday, last night it burst through $18,000 again for the first time since December 2017. The market cap is also now the highest it’s ever been. What’s driving the rise this time? The halving? The arrival of institutional investors? PayPal entering the market in the US? Answers on a postcard. Or Twitter, whatever’s easier.

Here’s your daily market update. If you’re new to the world of crypto, take a look through our beginner’s guide to crypto trading series to get a better idea of all these indicators, starring in-depth explorations of common strategies, market analysis techniques, and more.

All information is correct as of 08:30am GMT.

The sentiment is in Extreme Greed again, up to 91 today. While the sentiment right now is around the highest we have seen according to this index, we should keep in mind that it didn’t exist during the 2017 bull run, and it’s hard to tell how it would have looked then. But as we always highlight, the index doesn’t stay this high very often, and a pullback would not be surprising. 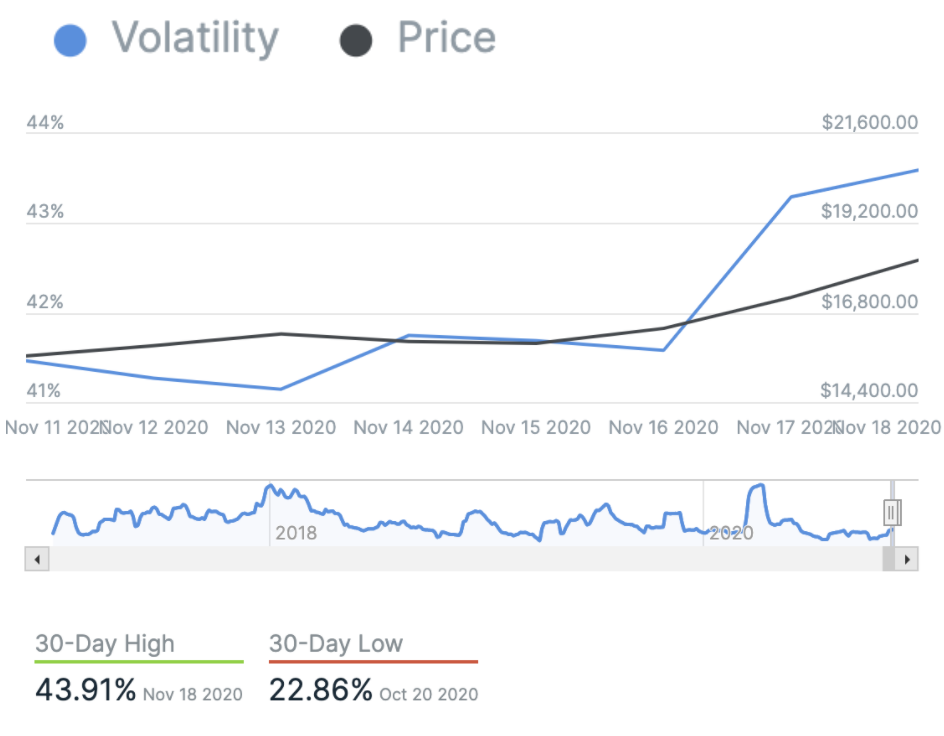 Yesterday, there were 19,923 tweets sent with a positive connotation towards bitcoin, 53,179 with a neutral connotation, and 3,808 were negative.

The daily RSI is currently 82.04. Values of 70 or above indicate that an asset is becoming overbought and may be primed for a trend reversal or experience a correction in price – an RSI reading of 30 or below indicates an oversold or undervalued condition.

thank you for the advice. i bought some anyway. https://t.co/mhZiVoN6vy pic.twitter.com/XeU1KkfuXy

The media has completely missed the recent #Bitcoin bull run. This is the problem with a centralized media complex, it chooses the narrative it wants, not the one that's actually happening. Time to decentralize.

Ricardo Salinas Pliego, billionaire founder of Mexico's Grupo Salinas, has said 10% of his liquid portfolio is now tied up in bitcoin.@RicardoBSalinas

HAHAHHA WHAT IS GOING ON!!
BITCOIN MOON!!