Here's all the latest market movements. Today, we've got a special treat, looking at some on-chain indicators for Ether, which has gone up more than 9% over the past week. If you’re new to the world of crypto trading and want to know how to best use these metrics to trade, don't forget to take a look through our beginner’s guide to crypto trading series, featuring in-depth explorations of common strategies, market analysis techniques, and more.

All information is correct as of 09:00am BST.

Sentiment is back at a neutral 53 – down from 56 yesterday. Extreme fear can be a sign that investors are too worried, which could be a buying opportunity. When Investors are getting too greedy, that means the market may be due for a correction. Are we set for a big move?

Yesterday, there were 10,435 tweets sent with a positive connotation towards bitcoin, 23,116 with a neutral connotation, and 1,798 were negative. 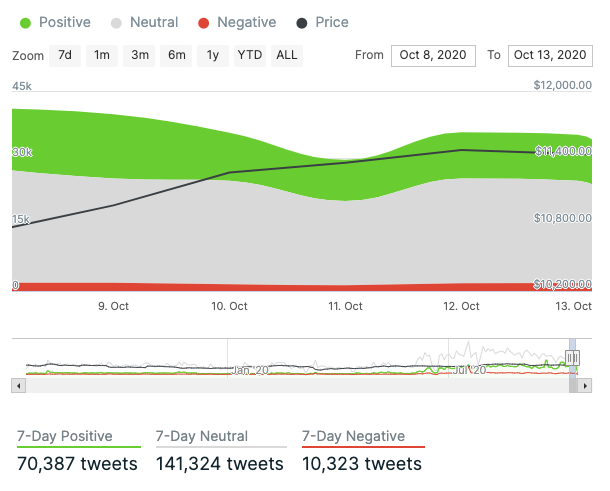 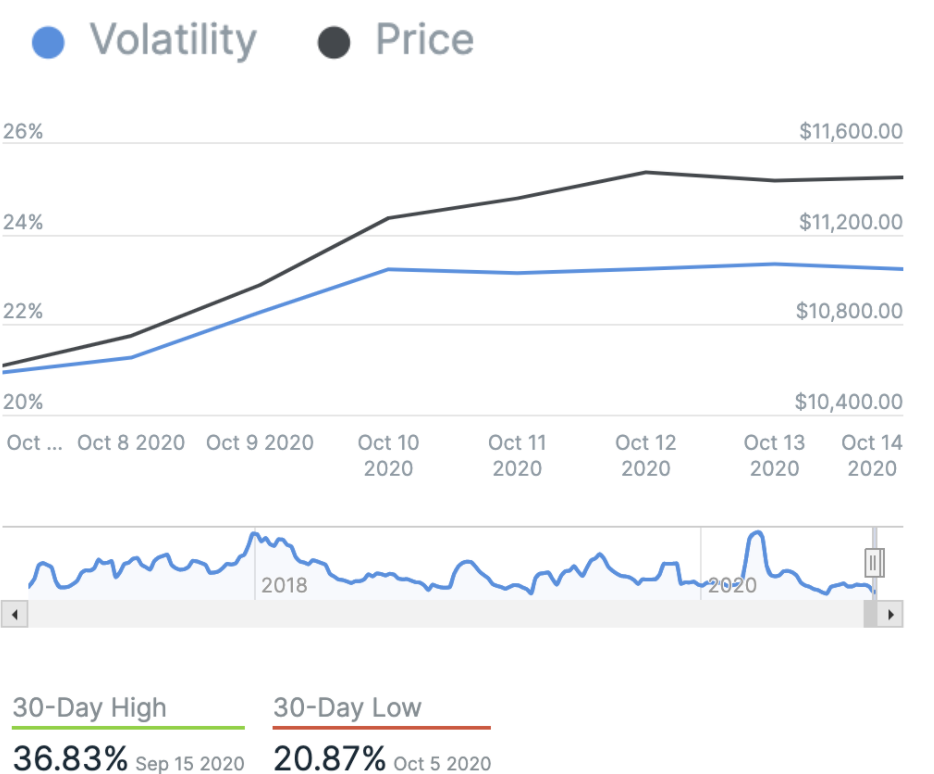 The daily RSI is currently 62.58. Values of 70 or above indicate that an asset is becoming overbought and may be primed for a trend reversal or experience correction in price – an RSI reading of 30 or below indicates an oversold or undervalued condition.

As can be seen in the graph below, open interest in Ethereum’s perpetual swaps is rising in line with the rising prices. This can be interpreted as a bullish signal as new money is coming into the market (reflecting new positions). A simultaneous rise in the volume of perpetual swaps alongside increasing open interest shows strong market momentum, as ETH is gaining more interest among investors.

See the Ethereum In/Out of the Money Stats

Intotheblock's In-Out Money Around the Current Price(IOMAP) uses machine learning to identify the ten most relevant clusters of investor positions at a range of plus-minus 15 percent of the current price. The IOMAP indicator reveals that there aren’t significant supply barriers ahead of Ethereum that would obstruct the rise to $400.

The next level of resistance is located between $385 and $396, where 914 thousand addresses previously purchased 756.49 ETH.

Looking at the levels of support, over 1.01 million addresses had previously purchased a total of 14.74 million ETH between $350 and $362. This is expected to act as support as holders in this range will attempt to remain profitable on their positions and push prices above this level.

See the Ethereum In/Out of the Money Stats

IntoTheBlock’s Historical In/Out of the Money (HIOM) indicator analyses investors’ on-chain positions based on addresses’ average cost for a given token, in this case YFI. Based on this, the HIOM calculates the percentage and total number of addresses that are “in the money”, or profiting on their paper positions (unrealised profits). By comparing variations in the HIOM over time, we can determine buying/selling activity based on the number of addresses profiting at a specific price level.

At the time of writing, 71.22% Ether addresses are making money in their position (on paper at least) at a price of $385.22. This means that the number of Ether addresses profiting (32.88 million) has now surpassed the total number of Bitcoin addresses with a balance (31.02 million).

#Bitcoin is the first digital monetary system capable of storing all the money in the world for every individual, corporation, and government in a fair & equitable manner, without losing any of it. If that's not intrinsically valuable, what is? https://t.co/LWwmnNC0v0

#Bitcoin looking strong. Poised for a breakout bull run into the New Year.

Investing 5% into Bitcoin would be an additional $165 billion of capital flooding into Bitcoin.

You have to be crazy to not own Bitcoin at this point.