Privacy is a massive buzzword in tech, and rightfully so. At least once a week we come across notable stories about private data breaches splashed across headlines. In addition to this, we at Luno receive numerous messages from our customers relating to privacy in some way or other. So, let’s chat privacy, and more specifically, privacy on the Bitcoin blockchain.

Why is it so important? How private is information on the Bitcoin blockchain, really? And how does it affect you? First things first, if you’re unfamiliar with what blockchain is and how it works, it’s important we clear that up. 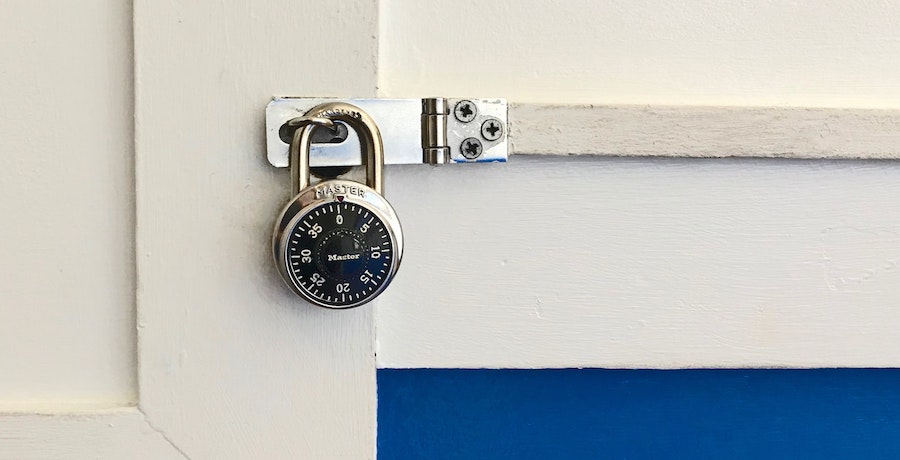 If someone walking on the street asked you for your mobile number or your home address, would you give it to them? Chances are you wouldn’t. So why are we okay with handing over our personal information to big companies and corporations? Sure they hold a sense of legitimacy far stronger than some random person on your morning commute, but the principle is the same.

We’ve also heard the (frankly, insidious) line, ‘If you’re not doing anything wrong, why should you be worried about being watched?’ Besides the fact that privacy is, in fact, a human right in most ‘progressive’ constitutions, it’s more than just spying on your neighbour over the wall.

These days a growing number of ‘things’ are interconnected. For example, when you download an app from your app store, you’ll probably be asked to create an account. Generally, you’ll have one of three options:

Another email-password combo to remember? Hard pass. So we opt to create an account through a platform which already has our personal information and data because it’s easier and faster.

But, does that mean this new app has access to all of that existing information and data? If not all, how much? What do they do with it? The answers are probably hidden in a maze of terms and conditions, but here’s a shocker: less than 1 person in a thousand actually reads Ts and Cs.

Perhaps one of the biggest issues relating to privacy on the internet as a whole is a sheer lack of caring until a breach has taken place. Or, perhaps the responsibility lies on companies to detangle their Ts and Cs to a simple version for everyone. The fact of the matter is, it seems people aren’t quite clear on how their privacy is maintained, and quite simply, this opens too many doors to mismanagement.

Let’s answer this question: How is privacy maintained on the Bitcoin blockchain? A blockchain is a shared public record that can be used to store different types of information and is visible to anyone. Each ‘block’ in the blockchain can be thought of as a new line item added to the record. This ‘record book’ is not stored in one central location. Instead, there are thousands of exact copies of the record book stored on computers all around the world.

This is why a blockchain is referred to as being ‘decentralised’. This record book can be used to store all kinds of information, however, the most common is typically transactional.

The architecture of the Bitcoin blockchain ensures that everyone is seeing the same thing without having to trust the other side to be honest because everything recorded in the blockchain is fully validated.

All information stored on the blockchain is available to everyone participating in the network. Because of these characteristics, maintaining anonymity is a daunting task. Therefore, it makes sense to consider Bitcoin as being pseudo-anonymous. This means, with the Bitcoin blockchain, a person can be linked to a public Bitcoin address, but nobody will be able to track the actual address of where it came from.

For example, if a person sends Bitcoin, the receiver will know that the sender is linked to a Bitcoin address but will not know the actual address or any additional personal information linked to that transaction. Simply put, by design, Bitcoin transactions are not linked to a person or identity.

Because the Bitcoin network is peer-to-peer, it is possible to find the IP address from the sender or receiver of the transaction, so let’s look at an example if this were to happen, and how it could play out. It’s important to note that it’s extremely difficult and time-consuming to find this type of information. Typically, this would only happen if the transaction were of a highly significant amount, as a hacker would have to be incentivised to go through the tedious process of finding a specific IP address.

“The blockchain doesn’t store IP addresses. In order to obtain the IP address of someone sending or receiving Bitcoin, you would either have to observe the activity of the network very carefully or track them down by some other means. The Bitcoin protocol [software] doesn’t record this type of information by itself.”

If someone did track an IP address they believed to be significant, it’s most likely they would attempt to visit the physical address and try to obtain the user's private keys using unlawful actions. Only by way of obtaining the user’s private keys, would a hacker be able to access their Bitcoin. Without it, it’s simply not possible.

It’s all good on the blockchain

Unfortunately, these are the issues we deal with today. There are just too many entities out there desperate for user-data they don’t have the rights to. At the moment, it’s safe to say the best option out there in terms of privacy is keeping it ‘out in the open’ on the blockchain, with little way of finding the real information that can be used more like a James Bond villain would.

The blockchain still has a way to go in proving its longevity as the gatekeeper of this information, but for the most part, it’s done it’s best to protect us and our data than anything else out there.

At Luno, we use a variety of methods to ensure we maintain the privacy of our customers’ personal information and their precious funds. We’re constantly on the lookout for the latest scams and fraud attempts, also making sure our community is aware of what they can do to protect themselves, too. You can learn more about how we protect vulnerable customers and keep your cryptocurrency safe.