Why and how cryptocurrencies will shape the next generation of finance. 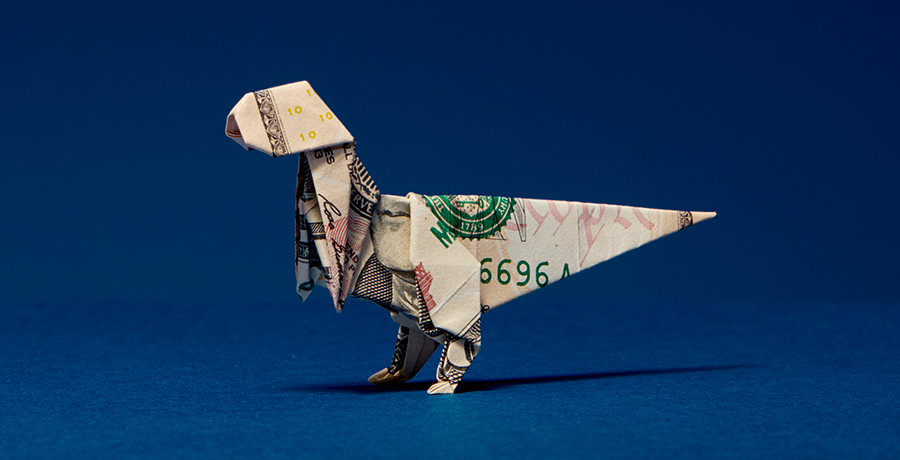 Over the past thousands of years, the way the world thinks about and uses money has changed many times. This has been very well-documented by academics and historians since the beginning of recorded time, and some good learning resources we can recommend are Niall Ferguson’s The Ascent of Money, this detailed summary and reference list about the history of money on Wikipedia, or for those of you more visually inclined, the dedicated exhibition on the history of money at the British Museum.

While these are all different stories told through different mediums, they all have one thing in common: constant change is a key theme and natural part of the story of money.

Why is this happening now?

In our view, these changes occur when three things happen: our collective mindset changes, there is consumer demand for it, and there is technology available to support this change.

At a foundational level, a very important aspect of money is the mental construct around it. We, as humanity, believe money works in a certain way because, well, that’s how we’ve always been taught. But it doesn’t mean that is the only way it can or should work. As an acclaimed author and historian Yuval Noah Harari puts it, “Gold coins and dollar bills have value only in our common imagination”. As an example, whether it technically works or not, the invention of Bitcoin and the underlying blockchain has allowed us all to reimagine money and a global financial system like never before.

The world’s consumers have changed dramatically over the past few decades, both in terms of demographics and behaviour. Whether in the spheres of commerce, social media, news or personal information to name but a few, increasingly savvy consumers want and expect things cheaper or free, faster, safer, and more customised to their specific needs, with more overall control by the individual. The same goes for all the ways consumers (want to) use money.

Technology has to also constantly evolve to satisfy these demands. For example, moving from heavy gold coins to easier to move and issue paper money, this transition could only be implemented effectively with a new technology: watermarking. The efficiencies people demand typically require huge economies of scale, which forms the backbone of the progress of human civilisation, and where technology typically plays a key role. In the world of money, this would equate to some single, open and completely interoperable currency or payment system. A decade ago the thought of this would be incomprehensible. Now we have global, open and interoperable cryptocurrencies like Bitcoin.

When one considers how most other industries or dynasties were disrupted, it was typically not an optimisation of the system itself, but something completely different that came in from ‘left field’ and changed the status quo. Disruptions are part of the evolutionary process, and in our view, they require complete paradigm shifts.

The emergence of online banks and ‘fintech’ are not paradigm shifts. In most cases, these players are changing the marketing, distribution or user experience around accessing the money as we know it today, but not changing money itself. In the bigger scheme of things, the impact of this is quite marginal. Cryptocurrencies address money at its very core, which allows us to imagine and implement things in a completely different way - a true paradigm shift.

For the first time in generations, we now have the ‘trifecta’ that is fast becoming the catalyst for this change: a new mindset, the inherent consumer needs, and a new technology: decentralised cryptocurrency.

Where is it all going?

Every revolution needs its own platform or operating system, and with each comes more products, services and access to new economies. We’ve seen this already with telecommunications: landlines were purely for talking, then mobile phones that you could talk and text became available. Sure, at first it was more expensive but as economies of scale kicked in, it became cheaper, faster and easier to use than the previous technology. And, finally, internet-enabled smartphones, which are even cheaper and easier to use, and with new products and services that can be accessed e.g. maps, apps, social media etc. Importantly, every transition requires an ‘upgrade’ from the old way to access and use things, to a new and better way.

Money is undergoing the same transition. Every shift brings access to more efficient and a broader variety of goods and services, which in effect, builds new economies. Paper money was good for in-person transactions and storing value physically. Digital money makes transacting better: faster and cheaper payments, remittances, international e-commerce, and new online products and services that cannot be accessed with physical cash. Cryptocurrency is the next stage of this evolution, not just making transactions and storing money more efficient, but also offering access to new asset classes and a new economy of goods and services, often referred to as 'decentralised applications'.

In essence, we are seeing a new parallel financial system being built in real time, and we believe that this new and better financial system will underpin humanity for generations to come. Like all systems, it is not perfect, and will always continue to evolve, but we believe it is a significant step change, and particularly relevant for the world we live in today.

This transition from the old economy to the new will take time, so we also envisage many hybrid products and services that bridge the old and new worlds of finance as the industry evolves. Some of these use cases can be broadly summarised as follows:

The hybrid and the new financial system / decentralised economies in the above diagram have one important thing in common: People and businesses will need cryptocurrencies to access them. In our view, similar to the internet of today we are unlikely to live in a 100% decentralised world, and there will always be room for some trusted intermediaries that provide a trusted gateway to this new world. But in this new world, there will be fewer players than there are today, and part of their function is to aggressively disintermediate the existing market. This is what Luno does.

We are in essence, building trust in and access to / distribution for this new economy. We call this ‘upgrading the world to a better financial system’, which is enshrined in our long-term vision.

The idea of a new, parallel financial system being built in front of our very eyes might seem a bit far-fetched, but when we look at the data and momentum in the market, it’s clear that things are moving a lot faster than what most people believe.

We’ve extensively documented the reasons why cryptocurrency adoption is moving much faster than what most people believe, and how the ‘greed’ aspect of it actually fuels the ‘need’ aspect. We’ve also explained why ‘blockchain’ is a huge distraction and merely delaying the broader shift to this better, crypto-based financial system. Initial Coin Offerings (ICOs) are also largely a red herring.

In our view, most people think they understand it all and veer off into all kinds of distractions, only to eventually come back to the realisation that decentralised cryptocurrency is the most realistic way forward. We have certainly seen a lot of anecdotal evidence to support this, and increasingly the failure of ‘blockchain’ and ICO projects is supporting the same.

Tim Urban’s excellent piece on why ‘visionaries’ like Elon Musk can see the future better than most people best summarises the current situation on the evolution of money. Most people don’t see the world as it is, but more as it was, 10-50 years ago. A very small minority of people simply see it as it is today:

Cryptocurrencies are already here, they’re growing, and while some challenges including scaling and regulation remain, they are quickly being addressed in a globally coordinated way by a vast number of key stakeholders. If one considers what the industry looked like five years ago versus today, imagine what it might look like in the next five to ten years.

How does this impact us, and the world at large?

In short, once the world moves to this new, better financial system, it should positively impact most consumers in a myriad of ways on a day-to-day basis, as we describe it in our vision. This includes having money that can be moved around cheaper, faster and safer, cutting out unnecessary intermediaries and accruing all this value to consumers. Products and services that are completely interoperable with a good balance between transparency and privacy, with a much better user experience. More effective and less restrictive and costly regulation. Money that becomes intelligent and programmable. And most importantly, a fair financial system with open and equal access for everyone.

That said, the impact of shifting the entire world to a new financial system will also likely see one of society’s fastest and most aggressive redistributions of wealth in history. This is caused by people ‘buying into the system’, which means that by buying cryptocurrencies like Bitcoin, one is effectively helping fund the overall research and development of the entire ecosystem, but more importantly, also getting an ‘ownership stake’ in it. That means that the earlier you ‘invest’, the higher is the risk, but also potentially, the greater are the returns.

It’s a bit like investing in Visa or Mastercard on the public markets, and then being able to use their publicly listed shares to buy a Coke from your local shop. The more people using their Visa or Mastercard shares for transactions, the more their payment networks are utilised, and the more valuable the companies become, reflected in turn in a share price increase. On top of that cryptocurrencies like Bitcoin have a limited supply, which adds to the whole positive feedback loop. Others have described this mechanism as ‘being able to invest in the internet as a whole’, right at the beginning.

Whichever way you look at it, everyone now has a chance to participate in this new economy by buying into the evolution of money and become a part-owner of the financial system of the future.

Money has evolved over thousands of years and continues to change. We believe that the world is currently right in the middle of one of these major changes.

Welcome to the evolution of money, live.