As cryptocurrency services enter the mainstream, they’re increasingly becoming subject to the same regulations faced by traditional financial platforms – anti-money laundering (AML), countering the financing of terrorism (CFT), and cybersecurity regulation. Even in regions where these are not in place for cryptocurrency platforms, Luno and many others make sure to follow them to help build trust in the industry. In order to comply with these regulations, companies are increasingly turning to technology-enabled solutions for managing risk and security.

Founded in 2013, Elliptic has pioneered the use of blockchain analytics to identify and alleviate financial crime and was recently recognised by the World Economic Forum as a 2020 Technology Pioneer for its work.

We recently sat down with Simone Maini, CEO of Elliptic, to discuss her career in the space, the importance of shutting down financial crime for crypto, and much more. 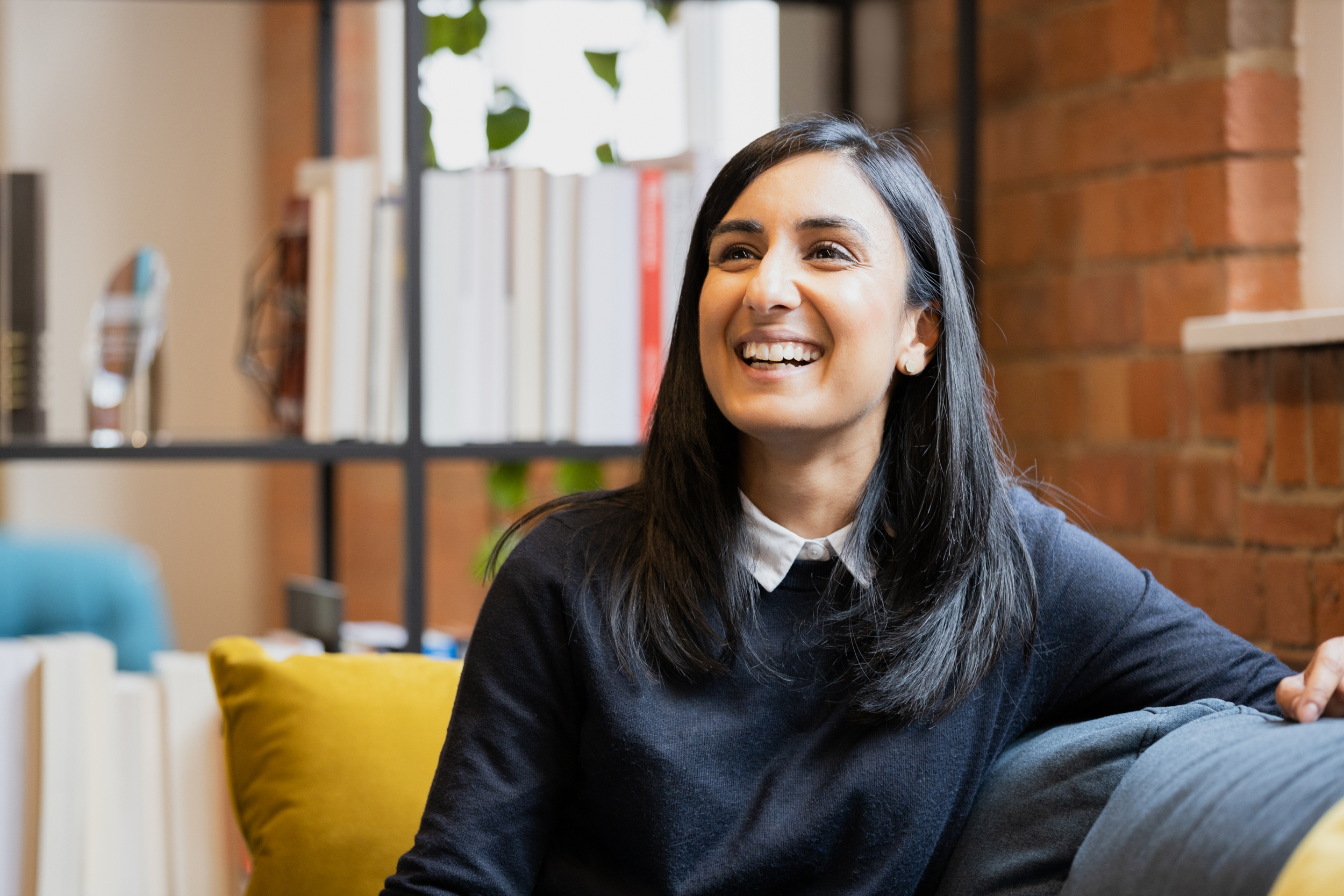 Like many in crypto, Maini kicked off her career in the traditional financial world at Deutsche Bank. She then spent four years at Kroll, a risk consulting firm, before becoming Elliptic’s COO in 2016, and eventually CEO in April last year.

“When I joined Elliptic in 2016, it was my first real exposure to both crypto and the world of startups. Before Elliptic, I worked in much bigger, corporate environments in traditional finance and consulting so this was quite a departure for me. I don’t think I ever thought I would be the CEO of a crypto company when I graduated with a history degree!”

“So many things inspired me to join Elliptic, but the draw to build something from the ground up was the strongest. Being part of building a new industry, a new technology and also a new company was irresistible.

“It was hard to pass up the opportunity to help shape the future of finance, and having worked in traditional finance, it was exciting to be part of building a better, more open financial system.”

A better to way to shut down financial crime

Maini’s experience in the heavily-regulated traditional financial world has been vital to her work creating a cryptocurrency industry that the mainstream audience can trust. There has always been a pervasive “tool-for-criminals” narrative surrounding bitcoin. As with any new technology, this is partly down to lack of understanding and the media being generally quick to sensationalise risks and undermine utility. But it’s not all down to perception –any technology that can be used can of course be abused and bitcoin is no exception, so it’s important to root out bad actors wherever possible. While the extent of bitcoin’s role in the criminal world may be overhyped, there’s a criminal element there and the good news is that as we learn more about and understand the technology, and as organisations continue to prioritise combating crypto-related crime, it’s becoming much harder for it to be exploited.

“One of the things I find most exciting about blockchain-enabled cryptocurrencies is the potential to detect and shut down financial crime and directly improve society as a result,” Maini says. “The transparency and traceability of cryptocurrencies lend themselves to a financial ecosystem that is much easier to protect from financial crime when compared to traditional finance. What’s not to love about that?”

The figures support Maini. According to data from Elliptic, as of 2019, only $829m worth of Bitcoin was spent on the dark web in a six-year period. That equates to a mere 0.5% of all Bitcoin transactions. Compared to the traditional financial system, where money laundered by criminals each year makes up between 2% and 5% of the entire world’s GDP – that’s $1.6tn to $4tn a year!

The power of meaningful management

The gender disparity is accepted as a problem in the tech world, but Maini reminds us that being the only woman in the room doesn’t have to mean there’s no opportunity to be heard. When it comes to fostering an environment where everyone feels valued, it’s vital that managers take the lead and sow confidence in their teams.

“I’ve been very lucky to be part of some incredible teams and work for some really empowering bosses, both at Deutsche Bank and elsewhere.

“I’ve very often been the only woman in the room during my career – even today – but I was encouraged by one particular boss that whenever I had a seat at the table, he expected me to speak up and participate as much as the next person. He often reminded me how much I had to contribute.

“This kind of encouragement is what I needed as I was building my career and my confidence. An inclusive environment is the result of managers like this and I think we can find similar examples across the finance industry, whether we’re talking about crypto or traditional finance. But we would all benefit from having even more of them!”

Equal representation is good for people – and businesses

The kind of inclusive environment that Maini talks about isn’t just there for show – it’s integral to cryptocurrency, baked into the inclusivity and transparency that’s baked into its very design. It’s this same inclusivity that’s so important for women around the world.

Financial inclusion is very much a gender issue. A recent report by the World Economic Forum found that women make up 55% (or roughly 1 billion women globally) of the world’s unbanked population. More shockingly, two hundred million more men than women have access to the internet, and women are 21% less likely to own a mobile phone that helps them transfer money.

Maini explains that, “it’s the core attributes of cryptocurrencies rather than any one specific application that make them so relevant for women. Due to their nature as censorship-resistant and decentralised assets, they have the potential to significantly improve women’s access to finance and control over their finances - both things that are unfortunately still lacking today around the world.”

“For this reason, it’s critical that women play a role as consumers as much as builders in this wave of financial innovation.”

It’s not just built into the technology though, Diversity and inclusivity are also vital for building this new financial system. “Diversity of thought and diversity of experience are essential for building any robust, sustainable and successful systems,” she notes. “And when we’re talking about building a new kind of financial system built on openness, diversity seems like a fundamental choice to me. Different opinions and different approaches, whether a result of gender or something else, lead to better decisions, better outcomes and just a much more fun experience to get there!”

“At Elliptic, we talk a lot about enjoying the journey and what better way to do that than to share the growth experience with as diverse a group of people as you can?

As for how we can close the gap? That’s a big question and I don’t think anyone has solved it yet. But we can all play our part in big and small ways. Diversity breeds diversity, meaning the more role models we have, the more likely it is that others who look or feel like those role models will see a place for themselves in our industry, so let’s keep highlighting the great work we’re already doing as an industry on this front.”

Finding solutions often means going back to the very beginning to really understand why things are the way they are. When we ask ourselves how we can make the crypto space more inclusive, it’s clear we need to look at the fundamental flaws that exist in our societies. Schools and governments play a crucial role in shaping societal beliefs and ultimately hold a significant amount of power to change them – but they can’t do it alone.

“A great start would be for them to talk about these industries more often and to make sure traditionally male-dominated roles and industries look and feel accessible to everyone,” she says. “But in order for that to happen, they need to know about what we’re building and the types of people who are building it - I imagine there isn’t great awareness of this across education and government.

As an industry, we also have a responsibility to partner with organisations like these to share more good news stories with their audiences and to highlight the diversity of opportunities that are available.”

Maini’s two cents to women looking to get involved

“If I can get my head around crypto - armed with a history degree - then you can too!”

“The good news is that, as crypto becomes more mainstream, educating yourself on the topic has never been easier with the wide availability of straightforward, accessible resources. And don’t forget that you can get involved in building this new financial ecosystem in so many different ways - we need software engineers, marketers, data scientists, compliance analysts, people leaders and everything in between to make this successful. There’s a role for everyone in crypto!”