Are you ready to learn about Bitcoin? Want to keep up with all the latest movements and goings on?

There's a wealth of resources out there, some with better information than others. There are Bitcoin documentaries, podcasts, books to read… you name it, and we've got it all here. Whether you’re crypto-obsessed or a beginner looking to learn the basics, there's something here to keep you busy. Enjoy!

We haven’t included any of our own channels, but we also have a huge library of excellent content that’s constantly being updated on our Blog and YouTube too. So don't forget to check it out.

5 podcasts to listen to

5 forums to talk to people on

This must-watch documentary was created by Torsten Hoffmann. Hoffman traces the evolution of money to explain the vast potential of Bitcoin to disrupt our traditional financial system. He also interviewed many blockchain experts and influential people, including the likes of Andreas Antonopolous and Roger Ver.

Trust Machine: The Story of Blockchain (2018)

Award-winning filmmaker Alex Winter takes the helm for Trust Machine, with Rosario Dawson adding a sprinkling of star power as narrator. Trust Machine focuses on the technology’s role in addressing important real-world problems, such as world hunger, the refugee crisis, and income inequality. It’s also something of a museum piece, as the first blockchain-funded, blockchain-distributed, and blockchain-focused documentary ever made. The LA Times called it fast-paced and crisply narrated.

One of the earlier crypto documentaries, The Rise and Rise of Bitcoin follows thirty-five-year-old computer programmer Daniel Mross on his journey through the cryptosphere. Through his involvement in the Bitcoin community, we learn about the impending global impact of crypto. He interviews some important early figures in the scene such as Charlie Shrem, and it is particularly interesting to look back on it all now, 6 years later after so much has happened.

Banking on Bitcoin has the rare distinction of having made the vaulted halls of Netflix’s streaming platform. This means it is probably the most popular Bitcoin documentary in existence. It focuses primarily on the role of the banks in the financial crisis, pitting the early Bitcoin proponents against “the man” of traditional finance.

GQ wrote: “Cryptocurrencies are complicated, but Banking on Bitcoin gives a solid overview of the mechanics and history from digital dollars used to buy drugs on the “dark web” to an investment opportunity that everyone and their aunt is talking about. Watch it before you invest yourself.”

Cryptopia: Bitcoin, Blockchains and the Future of the Internet (2020)

Another must-see from Torsten Hoffmann, Cryptopia is a deep dive into the crypto ecosystem and blockchain technology. It reveals the good, the bad and the ugly of the industry, its major narratives, conflicts and the major players behind it. Features familiar faces like Andreas Antonopoulos, Roger Ver, Laura Shin and Vitalik Buterin, to name a few.

5 podcasts to listen to 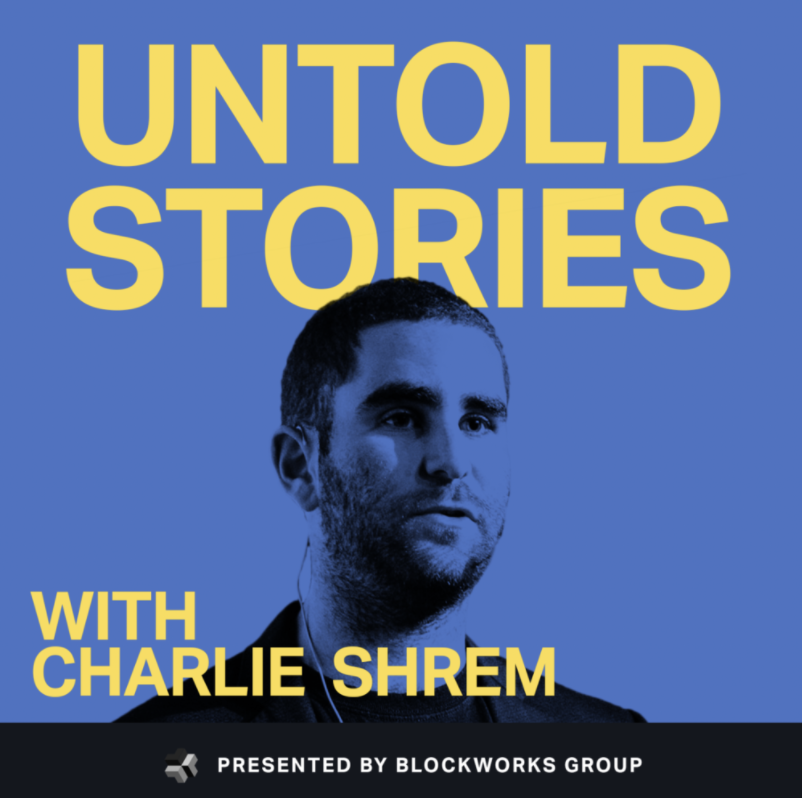 Untold Stories is hosted by eccentric-but-always-entertaining Charlie Shrem — the Founder of the Bitcoin Foundation and the now defunct BitInstant. Shrem is a famous face in the Bitcoin scene, having been around since the very early days. He also served 2 years in prison for aiding and abetting the operation of an unlicensed money-transmitting business related to the Silk Road marketplace. As such, he’s got incredible stories. Untold Stories reveals some of these, both his own personal adventures and those of other early leaders of the crypto movement. Well worth a listen.

Founded in 2016, former Forbes editor Laura Shin’s podcast UnChained is respected throughout the crypto community. Shin was the first mainstream reporter to cover cryptocurrencies and blockchain tech full-time. She hosts top experts on a wide variety of crypto-related topics, from democracy in the age of Bitcoin to the legality of bZx attacks. 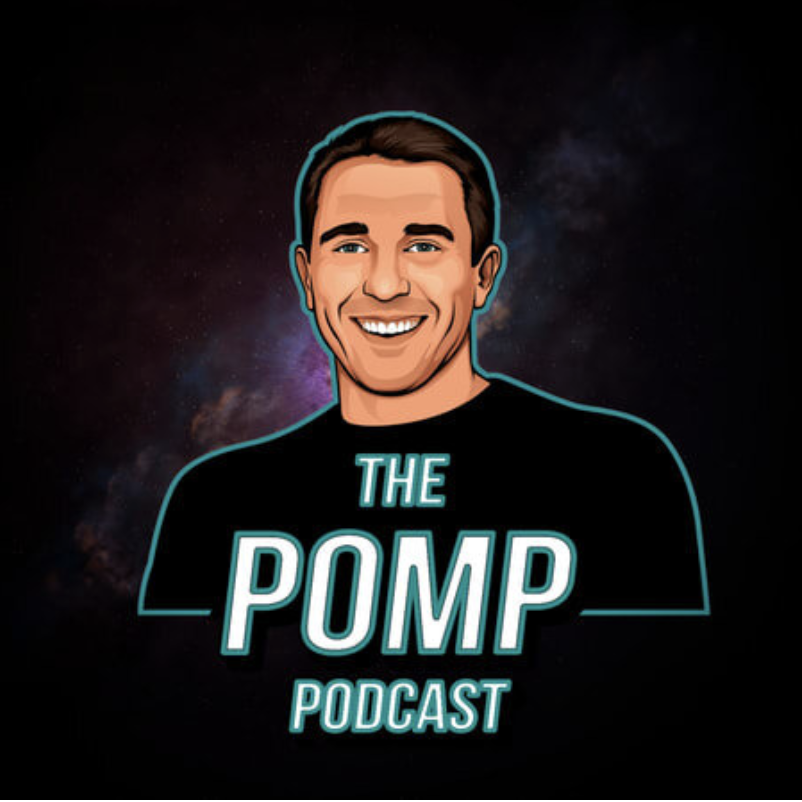 Anthony “Pomp” Pompliano is one of the most engaging and influential voices in the crypto space. Pomp’s podcast sees the Morgan Creek Digital co-founder talk to some of the most respected names in crypto and Wall Street about the future of digital assets, including Peter Schiff and Erik Voorhees. 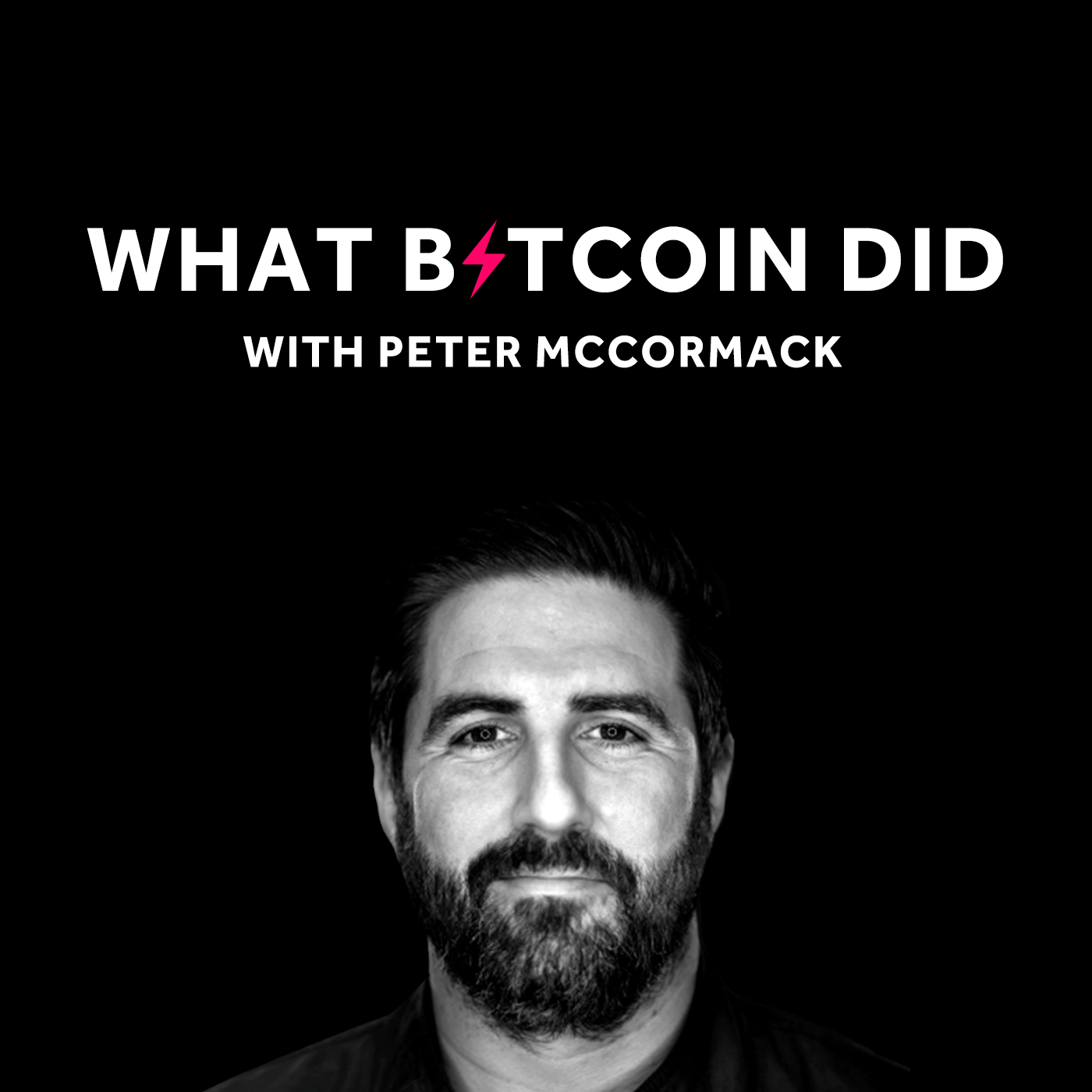 Peter McCormack breaks down the current state of Bitcoin and the future of decentralisation with his guests. What Bitcoin Did is a twice-weekly podcast that is now a staple in the space. Peter interviews the leaders in Bitcoin and no areas of discussion are off-limits. His guest list includes Pete Rizzo and Erik Voorhees (he gets around!), as well as more controversial figures such as Peter Todd.

Looking for a more technical podcast? Zero Knowledge goes deep into the tech powering the decentralised web and the community building it. Hosted by Anna Rose and Fredrik Harrysson, they bring in leading developers and engineers to discuss the inner workings of the space, with topics ranging from zKSnarks to atomic swaps.

Bitcoin Billionaires: A True Story of Genius, Betrayal and Redemption by Ben Mezrik

Ben Mezrich made his name as the author of The Social Network, based on the story of Facebook, which was subsequently made into a film starring Jesse Eisenberg. In Bitcoin Billionaires, he revisits the Winklevoss twins, tracing their introduction to the space and story as they went from establishment figures to outsider heroes. A gripping read.

Digital Gold: Bitcoin and the Inside Story of the Misfits and Millionaires Trying to Reinvent Money by Nathaniel Popper

New York Times reporter Nathaniel Popper provides a “brilliant and engrossing history of Bitcoin, the landmark digital money”, approaching it through the eyes of the movement’s colourful cast of central characters, including Tyler and Cameron Winklevoss, and Bitcoin’s elusive creator, Satoshi Nakamoto.

Blockchain Revolution: How the Technology Behind Bitcoin is Changing Money, Business and the World by Don Tapscott and Alex Tapscott

Blockchain Revolution is often credited as the book that started the enterprise blockchain movement. It is a brilliantly researched, incredibly thorough, and highly readable exploration of the myriad ways that the technology could impact the economy. A must read.

“This book has had an enormous impact on the evolution of blockchain in the world.” — Satya Nadella, CEO, Microsoft Corporation.

The Internet of Money by Andreas M. Antonopoulos

Andreas M. Antonopoulos has very rapidly established a reputation as a leading thought leader in the crypto space. The Internet of Money eschews the tech side of things and delves into Bitcoin's philosophical, social, and historical implications, making it an easy, interesting, and enjoyable read.

The Denationalization of Money by Friedrich Hayek

If you’re in the market for a heavier read, the European Central Bank has called Hayek’s The Denationalization of Money the theoretical basis of Bitcoin. Hayek advocates a decentralised, “permissionless” network of nodes (autonomous market actors) and a system of private currency in which financial institutions create currencies that compete for acceptance. Ring any bells? Foundational.

5 forums to talk to people on

The original Bitcoin forum and far and away the largest online crypto community. It boasts almost two million members and more than three million posts, covering every topic you can think of. It’s also a useful resource for announcements around new projects, and people are always willing to help beginners.

Reddit has a huge online community and its crypto subreddits are particularly popular. New posts are added as frequently as you would expect, mainly focused on recent events, though there is a great deal of discussion, and the wide array of subreddits means you can really hone in on the topics that best suit you.

Bitcoin.com also has a very interesting and highly active discussion board. It’s similar to BitcoinTalk, with a nicely-presented forum that attracts a many different types of people. For beginners, there is tons of informative information and intelligent individuals to converse with. There are more than 60,000 members in total and always seems to be at least 30 people online.

Steemit promises a social network owned and operated by its users. It was the world’s first social network to be integrated with the crypto sector. They store all network data on its blockchain; mainstream social networks store it on their own private servers.

Users are also rewarded for producing posts and content with Steem tokens. Steem comes in three forms: Steem (the regular cryptocurrency token), Steem Dollars (pegged to the US dollar), and Steem Power (used to grow your influence on the Steemit network).

A good forum for casual crypto fans, there is a good deal of discussion relating to several crypto topics. There’s also a good deal of non-crypto chat, but it’s all good fun.

What did we miss? What’s your favourite crypto documentary? Any books you think we should have included? Let us know on Twitter!