With the third Bitcoin halving out of the way, all eyes last week were on how the markets would react – although J.K. Rowling asking Twitter to explain Bitcoin provided at least a brief distraction.

It may not have precipitated the epic bull run to $100,000 that some were predicting, but the price held strong nonetheless and again tested $10,000. With Bitcoin’s decoupling from the stock market still on track, the halving complete, and a backdrop of unprecedented monetary stimulus, the future looks bright for Bitcoin hodlers. 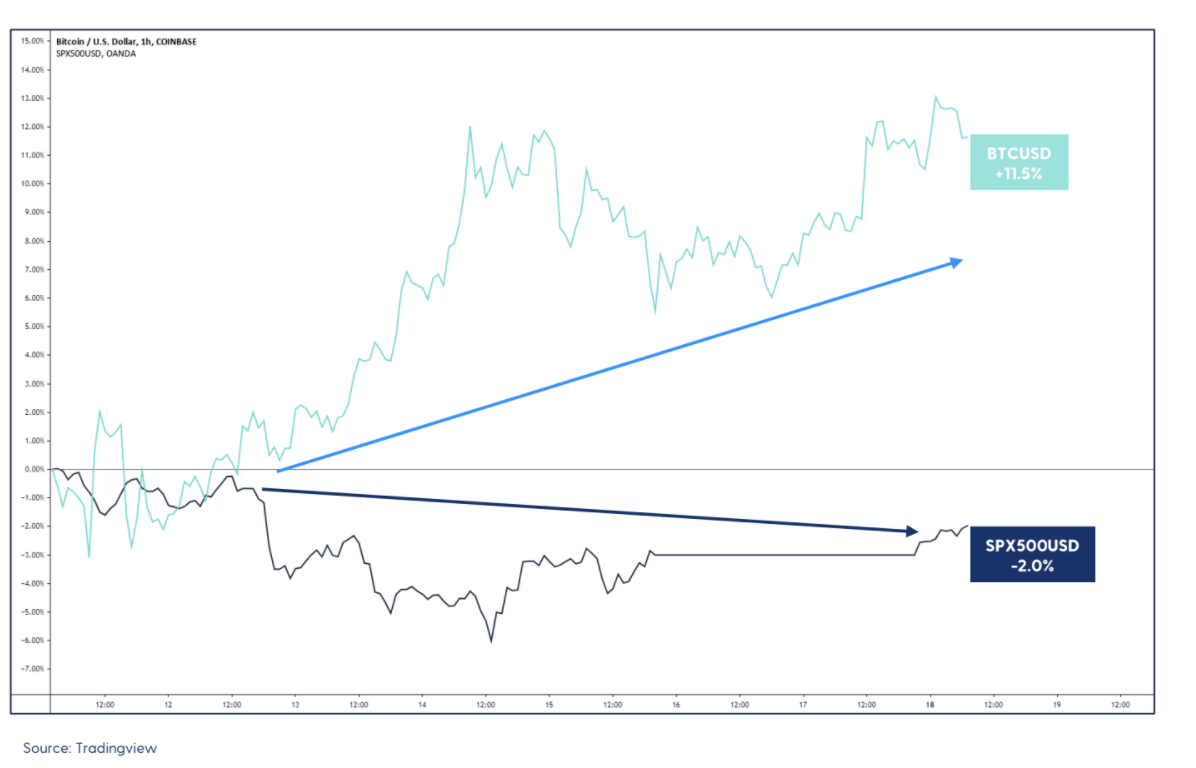 However, there could be threats on the horizon. Concerns are mounting of a potential trade war between the US and China, with tension rising as to the cause of the COVID-19 outbreak. When tariffs were imposed on Chinese goods in July 2018, the price of Bitcoin (BTC) plunged 31% from $8,487 to $6,000. Would a repeat halt Bitcoin’s recent momentum? 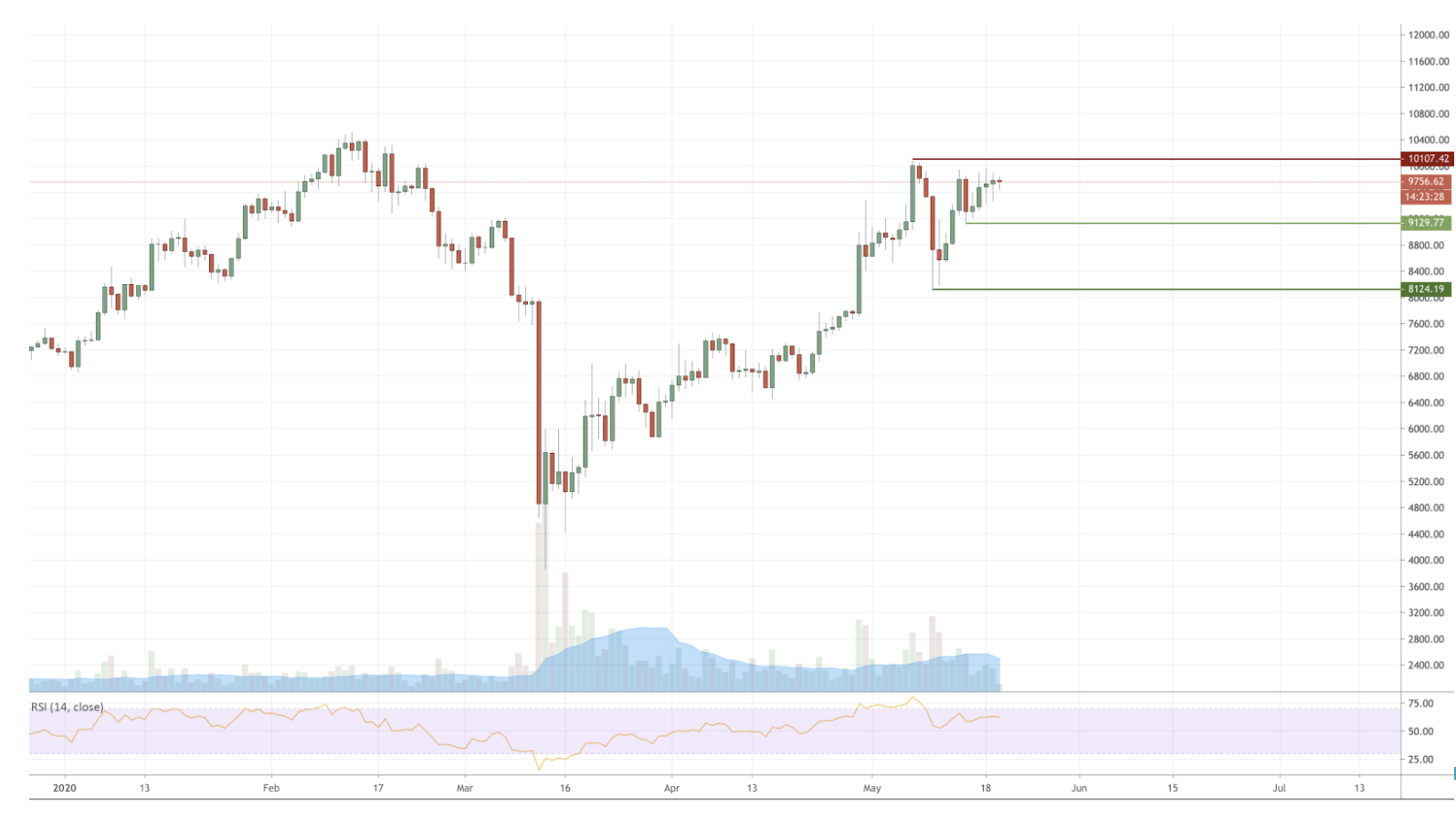 The much-anticipated halving kick-started a volatile week for Bitcoin. The day of the event saw the price fluctuate between $9,100 and $8,100 in just a 24 hour period last Monday, before a sharp turnaround that saw it burst through the resistance zones to again test the psychologically-important $10,000 barrier.

There are several strong bullish indicators emerging. The 50-day moving average (MA) looks set to cross above the 200-day MA, forming a "golden crossover" within the next couple of days – a long-term bull market indicator not seen since 18 February. The Relative Strength Index (RSI), meanwhile, is neutral, hovering just below the 50 level.

Trading volume has also been solid. Last week saw several trading days with volume between $2-3 billion. This level has not been seen since July 2019, when the Bitcoin price last peaked. Overall, the momentum still looks strong for the Bitcoin price and a push up to the yearly highs is not unlikely.

The Fear & Greed Index is now at 50, which is a neutral area. Last time we pushed up towards the greed zone, the Bitcoin price quickly dropped down and put the market back in a fearful state. With the positive price action during the weekend, it will be interesting to see how the market behaves if we once again enter a greedy state.

The futures market: A healthy change in open interest 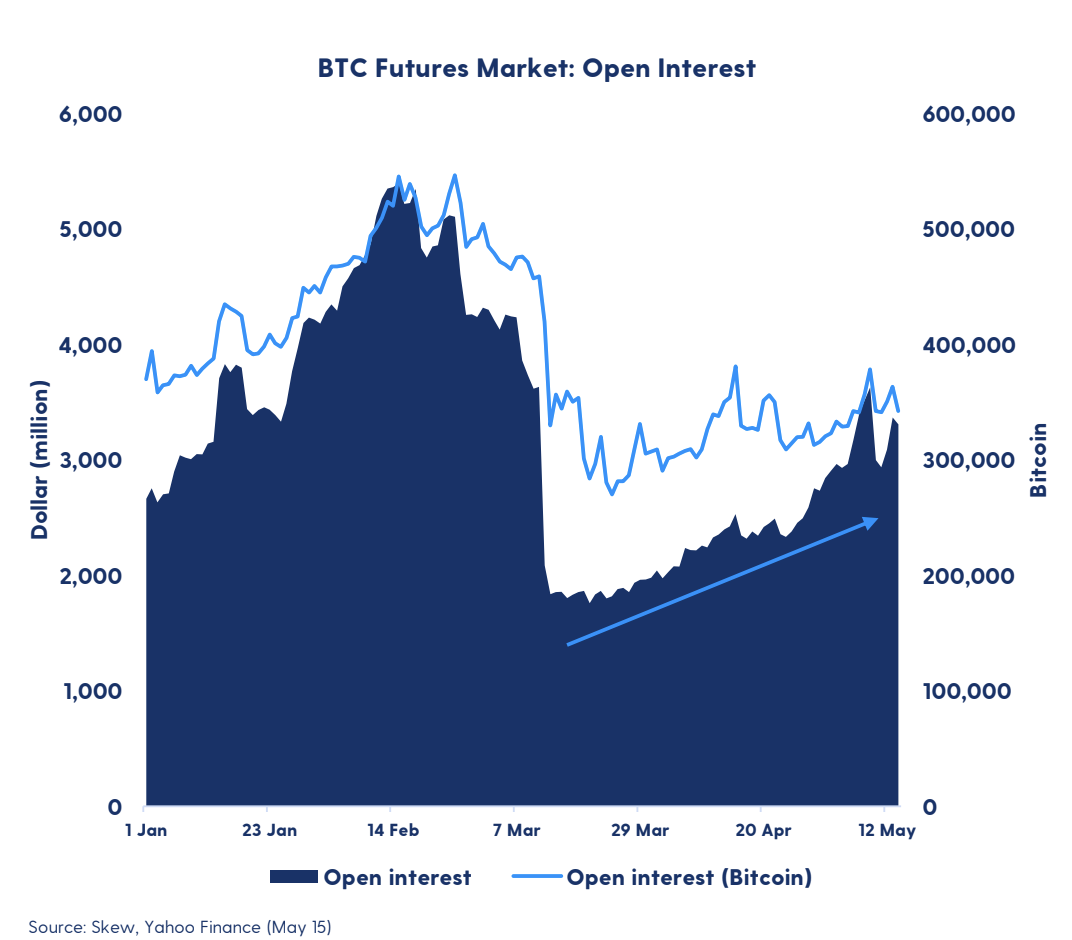 The trailer for Banking on Africa: The Bitcoin Revolution has landed!

Follow Bitcoin pioneers from across Africa as they fight to bring this revolutionary new technology to the masses and transform the continent’s financial systems. Supported by Luno and produced by award-winning production studio, Documinute, Banking on Africa: The Bitcoin Revolution arrives on Amazon Prime on 22 May. In the meantime, check out the trailer below.