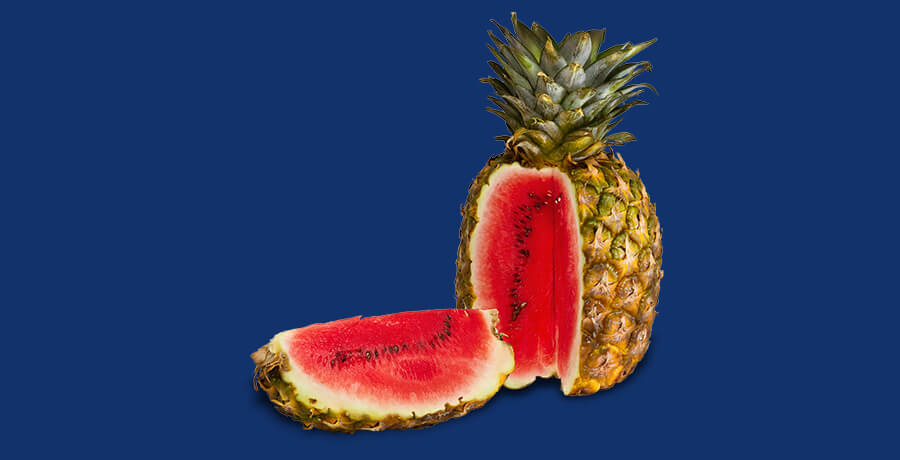 What does this amalgamation of new and old, manual and automated mean for us mere mortals? It depends on who you ask, but in this case, we’re looking at the fusion of traditional, longstanding local currencies (government-issued money) and how they’re intersecting with the contemporary world of cryptocurrency.

We’ve talked about the evolution of money and how we see the existence of a parallel financial system. There’s a common sentiment that this idea is far too futuristic, but we’re seeing it happen before our eyes.

So, will money be replaced? Can cryptocurrency replace local currency? Will cryptocurrency be the future of money? Or can these two financial systems coexist peacefully? How will they lean on one another, and most importantly, how does this impact the way we’ll interact with our finances in the future?

The word ‘hybrid’ describes the joining of two or more elements from different varieties to create a newer one. Think of the Toyota Prius. Now, we’re not talking about the organic-crunchy-granola-hippie perception, but the practical example of the world’s most popular hybrid car. It operates by using a combination of an internal combustion engine and an electric battery drive system. It’s the intermediate between an electric car and a gas guzzler.

Hybridising the standard motorcar resulted in reduced fuel spend, reduced emissions, and has worked to conserve fuel reserves. The direct benefits of this are twofold: the driver saves money and the environment is spared some harmful emissions.

Advances in technology and increased awareness and thought surrounding a desire to improve people’s quality of life motivated the push towards hybrid vehicles. Similarly, the movement in financial systems comes from a need for the system to simply work better for consumers and businesses alike. Enter the hybrid economy.

But what is a hybrid economy?

A hybrid economy can refer to the mixture of economic models like capitalism and socialism, but in this instance, we’re talking about the coexistence of local currencies and cryptocurrencies.

What’s the value in this type of hybrid economy? Since the real boom of the digital era, it seems the way we bank and manage our finances hasn’t quite caught up. If you need to send money to family overseas or pay for goods or services from another country, you can expect long waiting periods, complicated multiple third-party interactions and unreasonably high fees, amongst a host of other headache-inducing brick walls. The good news? Cryptocurrency is the solution to these problems and more.

According to a CoinDesk article, written at a time when cryptocurrencies were not nearly as widely known as they are today, “the payments advantage is simple: more of our money reaches its destination, safely and without the exchange of personal information, quickly and without potential for future reversals.” In this way, we’re welcomed into a real global economy.

Looking ahead it’s difficult to speculate exactly how local currencies and cryptocurrencies will interact with one another, but it’s safe to say their joining forces is relatively inevitable. It just makes sense. It, too, benefits the traditional banking system, to look towards newer, innovative solutions all contributing to the ease of transacting with our finances.

The way we see it, similar to the internet of today, we are unlikely to live in a 100% decentralised world. There will always be room for some trusted intermediaries that provide a reliable gateway to this new world. But in this new world, there will be fewer players than there are today, and part of their function is to aggressively disintermediate the existing market. This is what Luno does.

We are, in essence, building trust in and access to this new economy. We call this ‘upgrading the world to a better financial system’, which is also part of our long-term vision.

At Luno, we work closely with local and international banks in order to perform the necessary transactions you require. There are a number of challenges on the road ahead towards a totally hybrid economy, but the reward is great. The ability to transform contrasting economies into a global hybrid economy and grow cryptocurrency into a lasting evolution is the future we’re hoping for.

How do you see local currency and cryptocurrency interacting with one another? We’d love to hear your thoughts, get in touch with us on Twitter or Facebook and let us know what you think.