Bitcoin is at a pivotal and somewhat misunderstood moment. In the following article, we look at the proposed hard fork and what the implications may be.

Note: this article focuses on the Bitcoin Unlimited near-fork (it didn't happen). Also, see our more recent articles on the topic:

What is the hard fork about?

The Bitcoin community –consisting of customers, exchanges, wallets, businesses, developers and miners– has for years been involved in what is known as the block size debate. 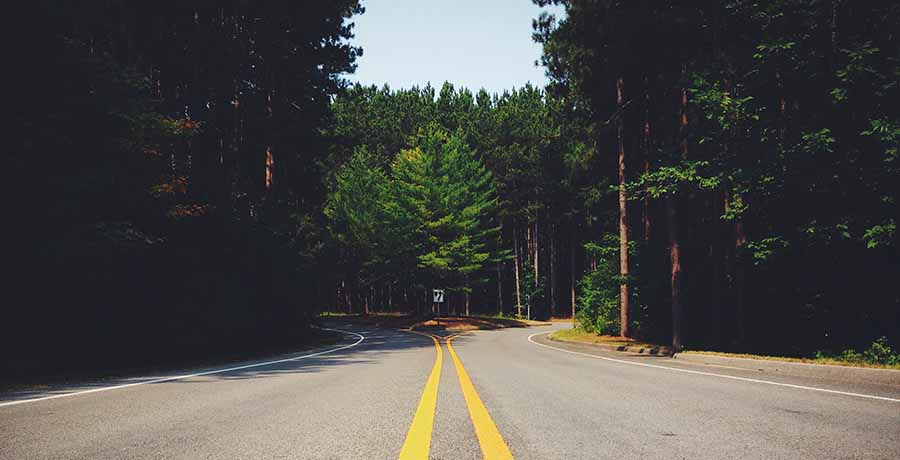 Bitcoin, in its current form, can only handle a certain amount of transactions. The Bitcoin network has, however, been growing in popularity and used at such a rate that transacting has become painfully slow and much more expensive than it had been a few years ago.

Since Bitcoin is software built on open protocols and consensus, any developer (or groups of developers) can propose changes and improvements to the technology. Bitcoin miners can vote on these changes and whether or not they want to implement them, and Bitcoin users can decide whether to follow them or not.

If the proposed changes are significant enough, it results in a new version of the software, which may not be fully compatible with the old. If the change is controversial in the Bitcoin community, the new version then “forks” from the main branch and operates by the newly implemented rules.

So, what happens to my Bitcoin during a hard fork?

If you have ten Bitcoin (10 BTC) before the hard fork, you will have a balance of 10 Bitcoin Core and 10 Bitcoin Unlimited after the fork.

Since this isn’t the first time that a cryptocurrency has forked, we have an idea of what to expect to happen:

What should you do?

The hard fork split of a cryptocurrency into two new chains is a very technical matter. It is crucial that you store your Bitcoin with a reputable Bitcoin platform with a large, technical team and world-class security measures, such as Luno.

When will the hard fork happen?

Members of the Bitcoin Unlimited development team have stated that since Bitcoin miners provide security and oversight to the blockchain, the fork will only be considered after it receives more than 75% mining support.

Support for the different Bitcoin proposals can be seen here: https://coin.dance/blocks

Despite the Bitcoin Unlimited proposal gaining popularity, there is no defined date or guarantees that it will happen at all.

What will Luno do?

We support the debate and majority consensus model which underpin and improve Bitcoin.

Our main goals are to keep our customers’ money safe and to maintain an orderly, useful and simple Bitcoin market in the countries we operate in.

We will support –buying, selling, receiving, sending, storing and trading– the version that enjoys majority support from the Bitcoin community of customers, miners, wallets and exchanges. We may decide, based on market conditions, to support just one or both versions or to discontinue support for a certain version in the future.

Should we decide to only support one currency, we will create a mechanism for our customers to withdraw the balance or value of the other version to a compatible platform. 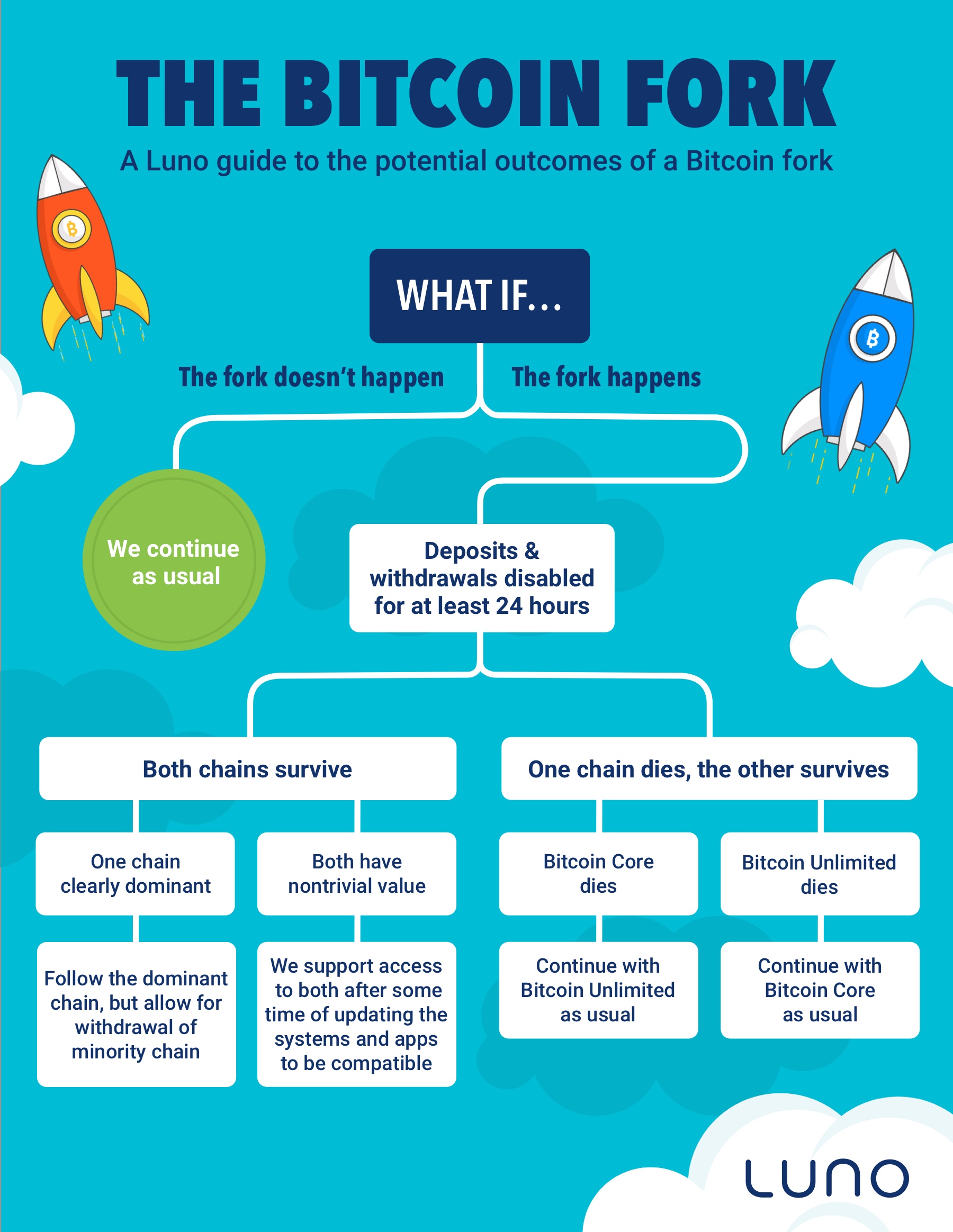 This is yet another exciting and defining moment in Bitcoin’s evolution. We’ll be working with the greater Bitcoin community to ensure a stable transition of any current and future hard forks.