Keeping your identity hidden on the Bitcoin blockchain.

An integral part of the Bitcoin transaction process, SHA-256 works like a signature to keep your identity a secret (or, well, almost).

Did you know Ja Rule created SHA-256? Just kidding, but that’s most likely something he’d lead you to believe. SHA-Rule (aka SHA-256 is a straight shooter though). Once SHA-256 has had its way with information, it’s not possible to decrypt it back. Like a blender combining data instead of fruits, SHA-256’s smoothie of information is pseudo-anonymous. This means the SHA-256 hash algorithm blends bits and pieces of data to make one smooth result. 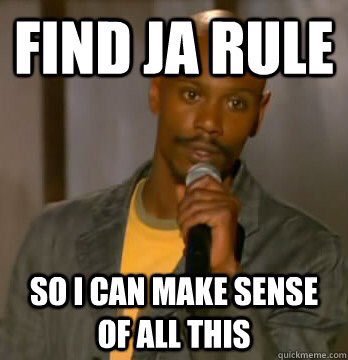 Let's go back to the blender analogy. If we take fruits and put them together into a blender and process them, the output will be a delicious smoothie. Now if you change the types of fruits you put into the blender and use the same process you’ll get a slightly different output but it will still be (a delicious) smoothie.

In cryptography terms, SHA-256 is a type of hash function used in the Bitcoin protocol. It’s a mathematical algorithm that takes an input and turns it into an output. When it comes to SHA, the only output you’ll ever get is a 256-bit number.

It works like this: Let's say you had a hash function that added all the digits in a string of input numbers to create the output. If our input was 1234, our output would be 10 or (1+2+3+4).

The output of the SHA-256 function (or algorithm) is referred to as the 'hash' of the input. It’s like a secret coded message that transports information in one homogenous format. It’s the secret flavour in the smoothie - you know it’s made of fruits but you can’t work backwards to discover which ones exactly.

Now, why does the world of crypto, specifically Bitcoin, need SHA-256? Well, this blender is always on time. It ensures that while your transactions are transparent on the blockchain, they’re still anonymous (that is unless someone knows your wallet address). Also, without SHA-256, miners wouldn’t be able to perform their proof-of-work to win the block reward.

It’s like the infamous Fyre Festival, the ‘greatest party that never happened’. If you don’t have a proper setup you’ll end up with a proper security crisis.

You see, the way mining works is once a miner node has packaged transaction data, it then has to use computational power to try random variations as fast as possible to add onto that data (the mystery fruit we spoke about earlier) so that the output matches the SHA-256 hash.

How difficult is it to match the hash? Well, the mining difficulty adjusts so that the numbers of miners processing transactions don’t significantly affect the rate of Bitcoin being distributed through the block reward, but it’s now difficult enough that you need a lot of computing power. This keeps things fair, organised and safe. You could say the opposite of Fyre Festival 😉

I too was hustled, scammed, bamboozled, hood winked, lead astray!!!

Don’t be like Ja, do your own research (DYOR), make sure things are as clear as an ELI5, and trust systems that work like SHA-256. Without it, the future of money would be at stake.